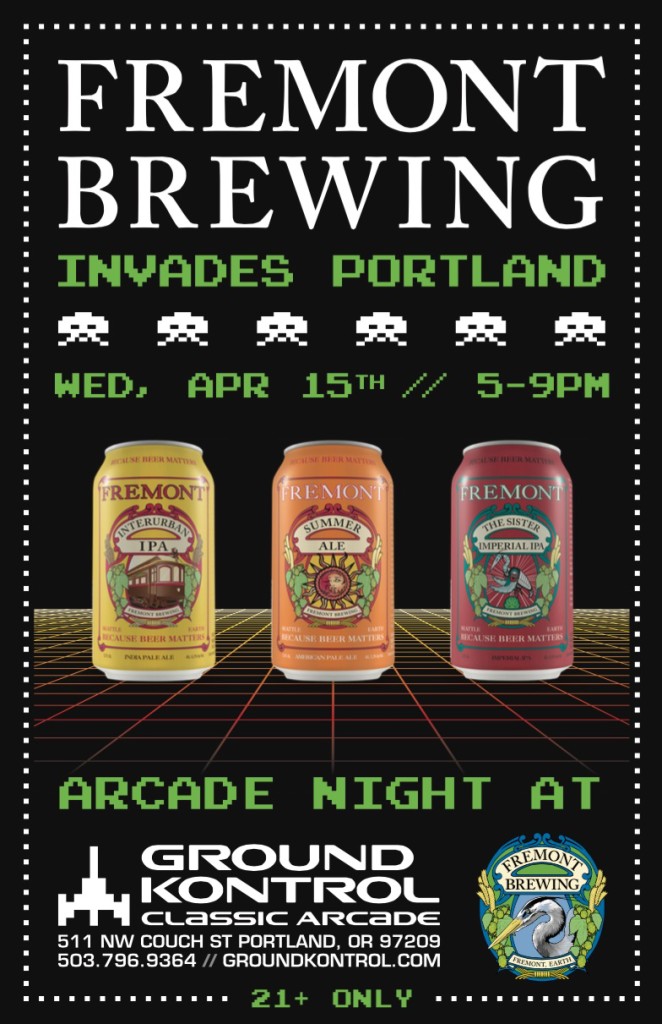 Fremont Brewing will be invading Portland while in town for the 2015 Craft Brewers Conference. Prior to its official launch here in Oregon later this year, the rapidly expanding brewery from the Emerald City will host Fremont Brewing Arcade Night at Ground Kontrol.

Taking place on Wednesday, April 15 from 5:00 – 9:00 pm, the Fremont Brewing crew will be in town from Seattle to host an evening of gaming at Portland’s legendary Ground Kontrol arcade.