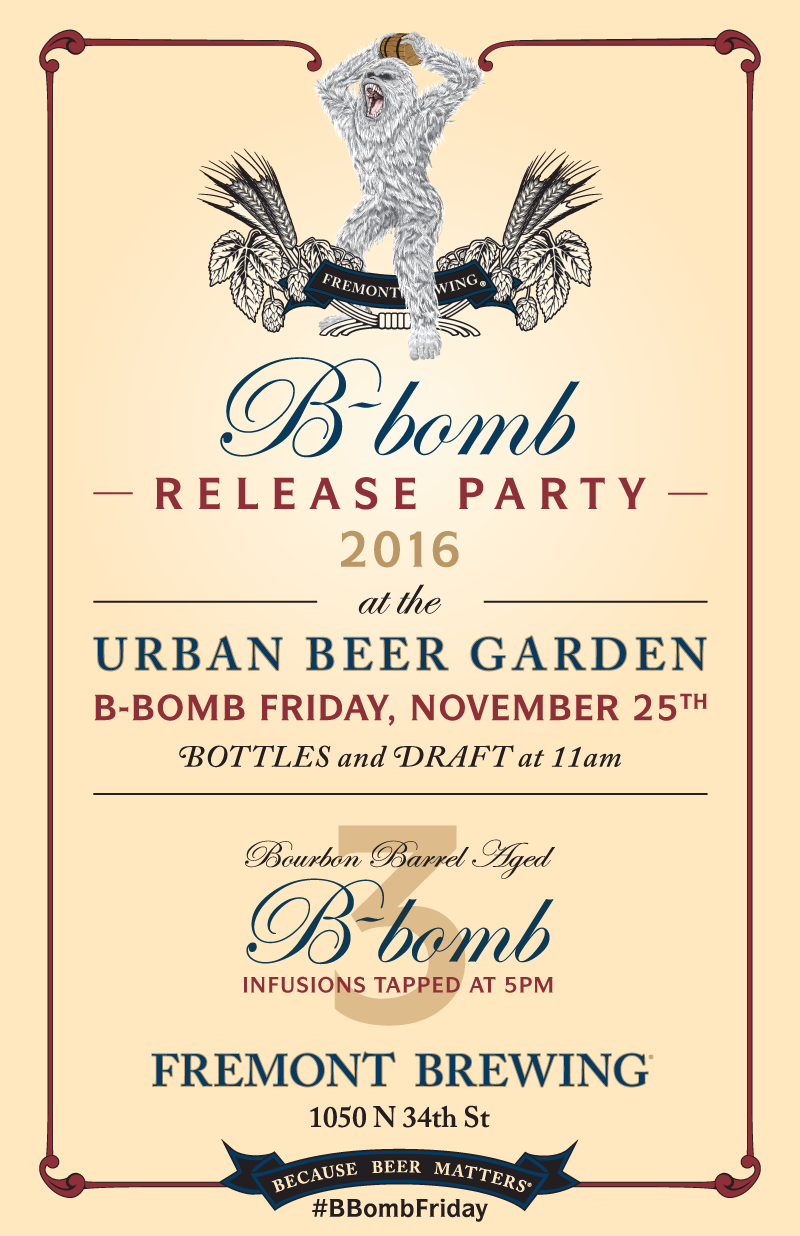 Fremont Brewing is back at it with its popular, yet rare B-Bomb, a Bourbon Barrel Aged Winter Ale. On Friday, November 25th, aka Black Friday, Fremont Brewing joins in on the fun day of shopping to offer up its fans a first shot at purchasing the 2016 vintage of B-Bomb at B-Bomb Friday.

Originally known officially as Bourbon Abominable, Fremont recently changed the name of the base beer from Abominable Winter Ale to the shortened and universally accepted Fremont Winter Ale. This name change was brought on by Portland based Hopworks Urban Brewery that had been brewing its winter seasonal with the same name, Abominable.

On Black Friday, Fremont will release 22 oz. bottles of B-Bomb beginning at 11:00am at its Urban Beer Garden. B-Bomb bottles are $20.00 each with a four-bottle limit per person. Then at 5:00pm, the legendary Yeti will join the party to help Fremont tap three release-party-only B-Bomb infusions!

Distribution of B-Bomb will follow after the launch event in Seattle and will include Fremont’s entire network of Washington, Oregon, Idaho, and the Denver Metro Area.