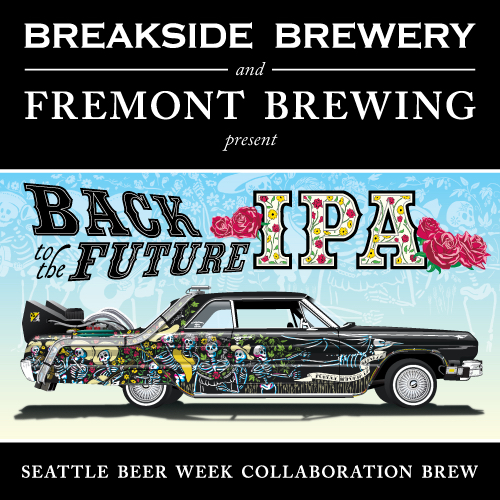 With only a few days left prior to the kickoff of the 7th Annual Seattle Beer Week on Thursday, May 7th, Fremont Brewing is ready to celebrate with a over a week’s worth of events. The highlight of this week is Fremont Brewing’s collaboration with Milwaukie, Oregon based Breakside Brewery on its Back to the Future IPA.

The collaboration of Back to the Future IPA is said to be “a liquid representation of the Pacific Northwest craft beer community; a cross-border collaboration between Seattle’s Fremont Brewing and Portland’s Breakside Brewing.” The two breweries decided to brew this beer for Seattle Beer Week and will release another beer for PDX Beer Week. 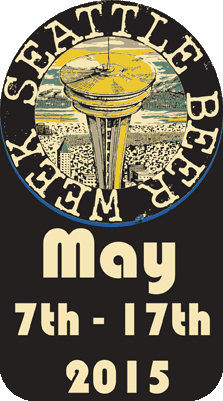 The name of Back To The Future IPA is a nod to the futuristic hops used in each of the two releases; Jarylo and Equinox in Seattle and Azaaca and Ella in Portland area.

“We came up with the idea to collaborate while traveling through the Mexican desert on a vision quest search of the little-known but potent Chulo Berry. Although the Chulo Berry eluded us that trip, we decided to dedicate what remains of our very existence to finding that damn berry. And since that idea creeped us out, we decided to brew these beers and chill out. So, pop the top, pour yourself a little adventure and Chill Out as you ride Back To The Future on this magic hop carpet ride!” states Fremont’s Carrie Guest.

Back to the Future IPA stats:
ABV: 7.0%
IBU: 65
Availability: Released on May 7th at Chuck’s Hop Shop (85th) and available across Washington State. 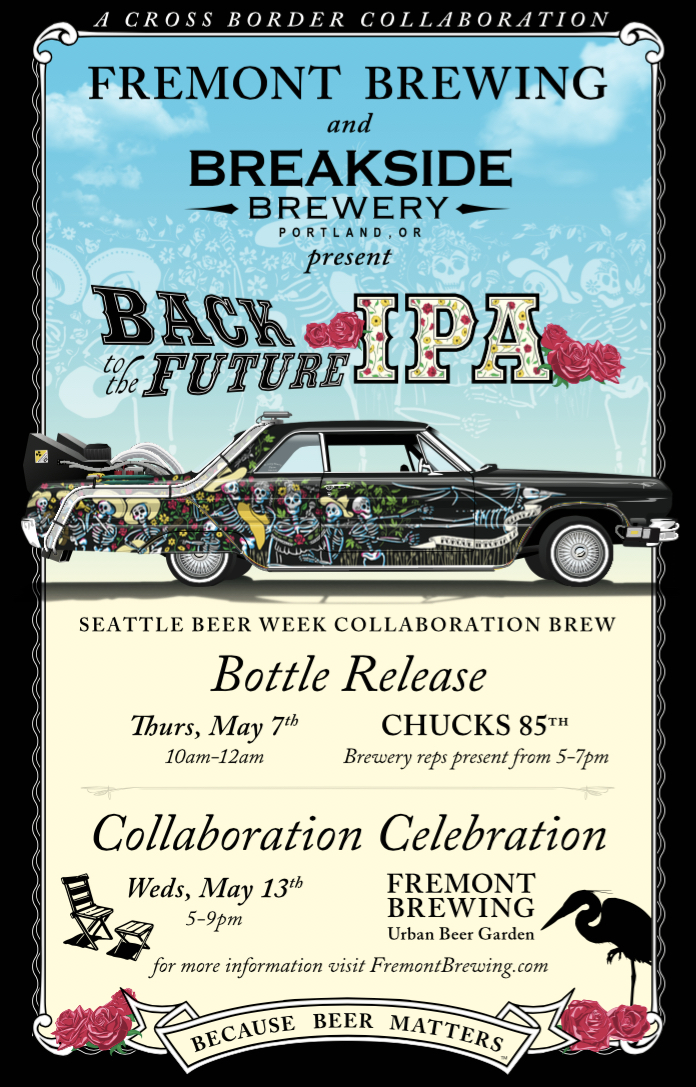 To celebrate the release of Back to the Future IPA, Fremont Brewing will host two events to celebrate its release during Seattle Beer Week. On Thursday, May 7th the official release of Back to the Future IPA will take place at Chuck’s Hop Shop in Greenwood. Bottles will be for sale when Chuck’s opens at 10:00am and brewery representatives will be present from 5:00 to 7:00pm.

Then on Wednesday, May 13th Fremont Brewing will be host to a Fremont-Breakside Collaboration Event at its Urban Beer Garden in Seattle’s Fremont neighborhood. Taking place from 5:00 to 9:00pm, this Collaboration Event will feature Back to the Future IPA, a version of the IPA through a randall along with additional Breakside beers including Braggadocio, Apollo & Dionysus, Sunshine Pilsner, and Session Black IPA. 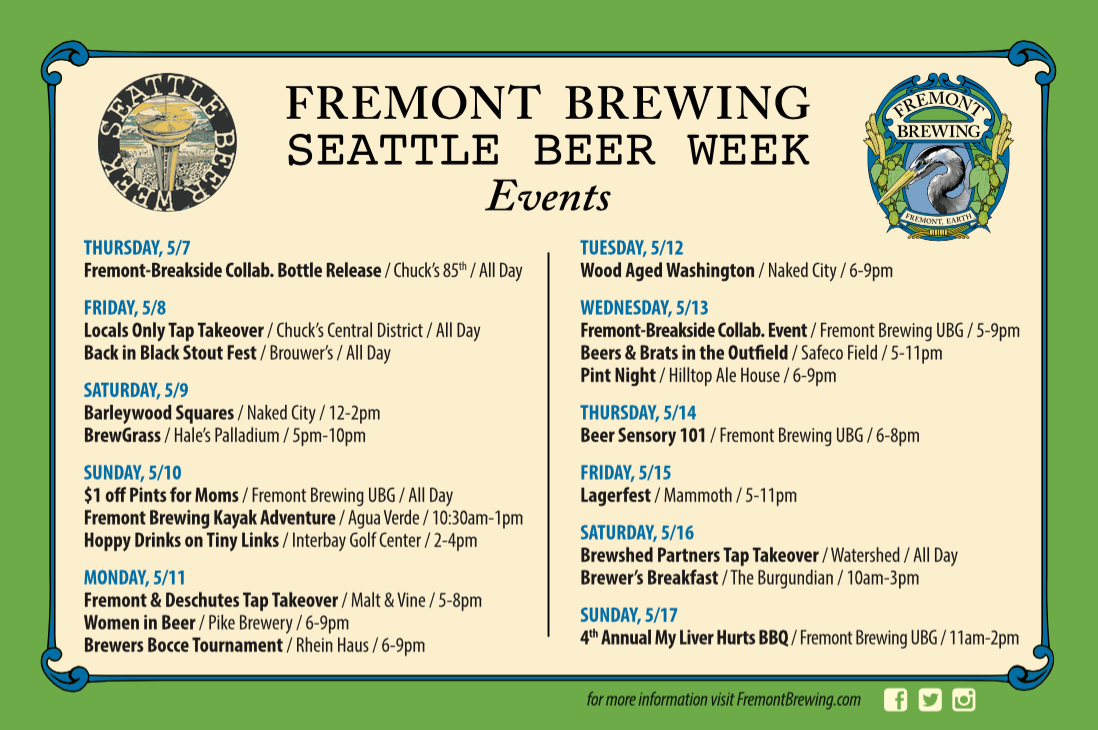 However, these two events are only the tip of the iceberg when it comes to Fremont Brewing’s involvement in the 7th Annual Seattle Beer Week. Fremont is part of events on every day of this eleven day event. Above is the brewery’s complete list of Seattle Beer Week events. Looks to be a busy week!