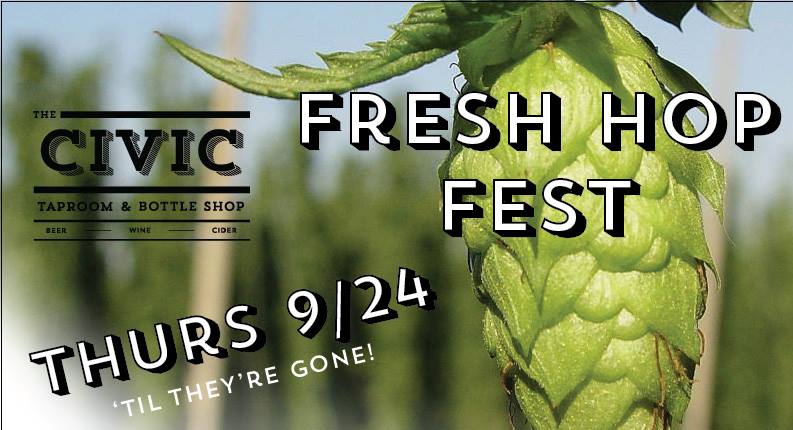 The freshies keep on coming and Portland’s Westside will get in on the celebration of this harvest season when The Civic Taproom and Bottle Shop hosts a special Fresh Hop Fest on Thursday, September 24. The Civic will tap 12 fresh hop beers along with two fresh hop ciders that will be the featured taps all day on Thursday.

This should be a great way to taste some of the bounty that continues to be tapped all across the Pacific Northwest. Hops include Amarillo, Citra, Simcoe from breweries like Double Mountain, Pfriem and Terminal Gravity.

Fresh Hop Beers (and hop) include:

Fresh Hop Ciders (and hop) include: