PORTLAND, Ore. (March 28)- We said we would never brew our seasonal beers more than once, but to celebrate our 5th anniversary we are bringing back some of the most loved brews in our catalogue of ever changing seasonal beers. We will be brewing an entire year of Gigantic “Greatest Hits” starting in April and running to June 2018 (It’s a gigantic 15 month year).

We are always being asked when we will brew “that” seasonal beer again. So at the end of last year we asked our taproom patrons, as well as those online and around the world to vote for their favorite Gigantic seasonal beer. We received hundreds of votes and after counting, and re-counting, we are happy to announce the beers selected by Gigantic drinkers.

We will start our “Greatest Hits” reissue collection where it all began, with Axes of Evil and The City Never Sleeps. Both beers were our top vote getters and we are proud to re-brew and drink these beers again. Gigantic 5th Anniversary reissue beers will be signified by a special “5 Years Greatest Hits” stamp. The beers will also come paired with songs from local musicians. 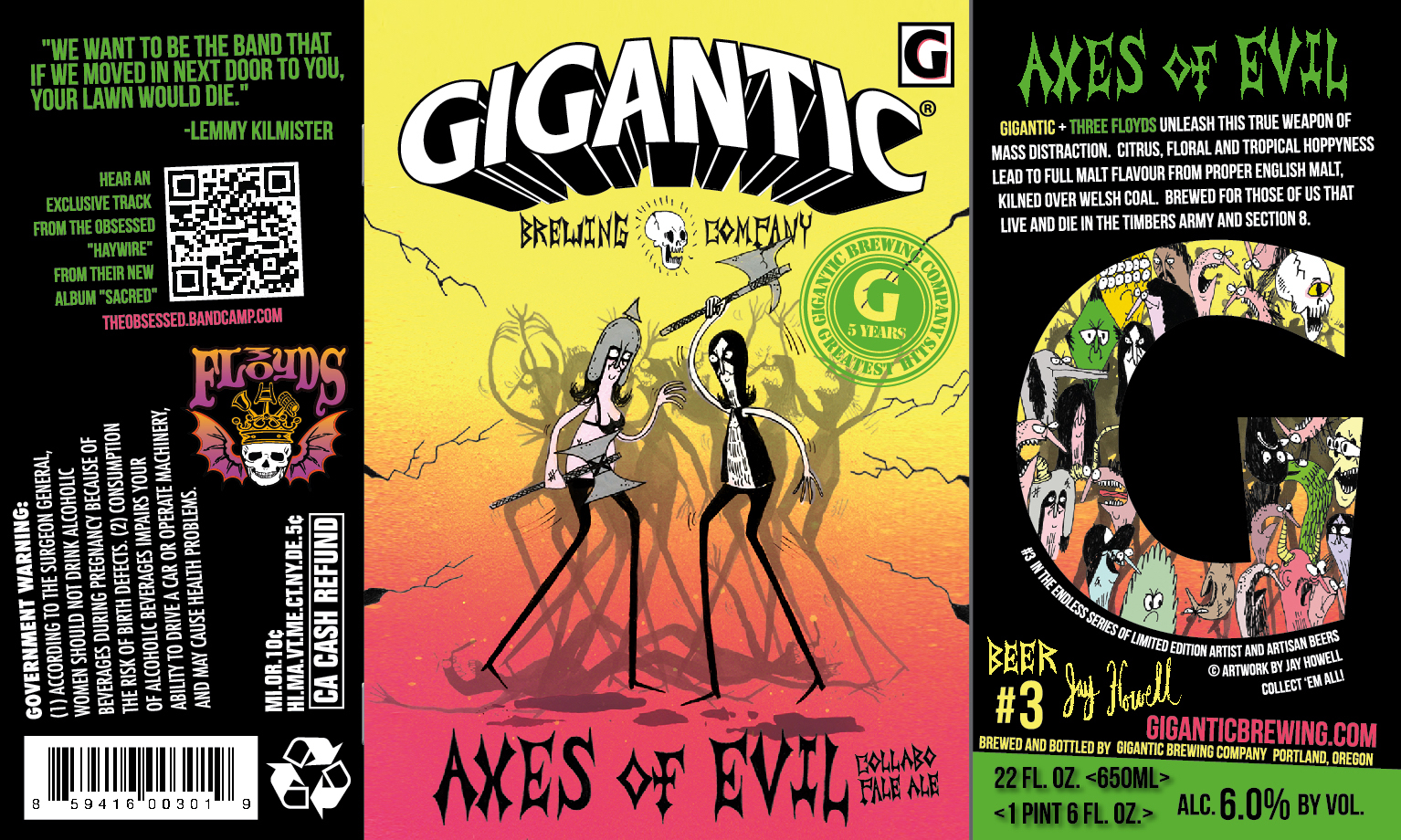 About Axes Of Evil
Gigantic + Three Floyds unleash this weapon of mass distraction. Citrus, floral and tropical hoppyness lead to full malt flavour from proper English malt, kilned over Welsh coal. Brewed for those of us that live and die in the Timbers Army and Section 8.
ABV 6.0% 70 IBU 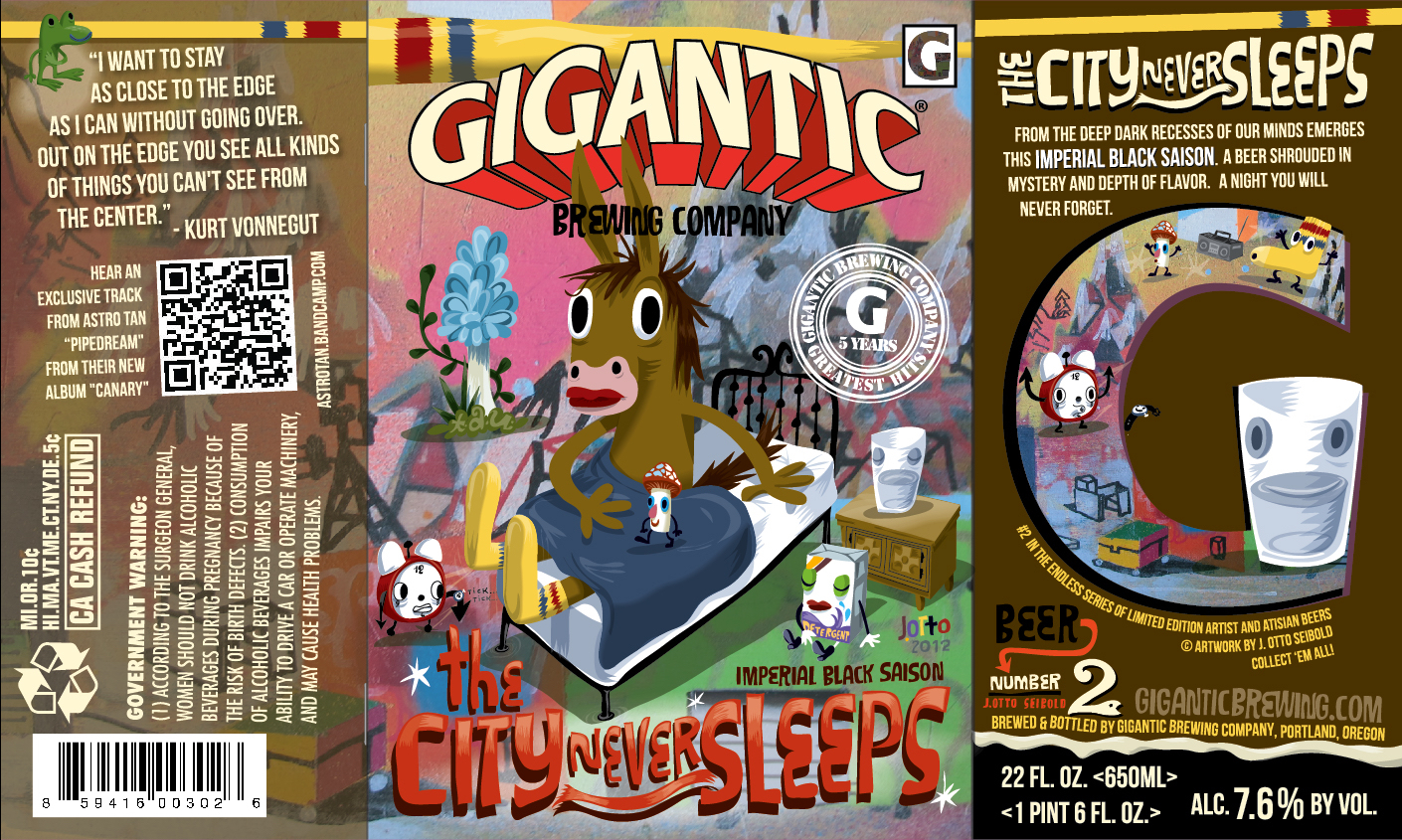 About The City Never Sleeps
From the deep dark recesses of our minds emerges this imperial black saison. A beer shrouded in mystery and depth of flavor. A night you will never forget.
ABV 7.6% 18 IBU

July-September 2016
SOLID!
Whole in the Head

About Gigantic Brewing
At Gigantic we only do two things: make the best damn IPA in Portland, Oregon and produce seasonal, exciting, flavorful beers, most of which will be brewed only once. Our goal is simultaneously to create new interpretations of classic styles and to ignore those same style guidelines completely and brew whatever our creative natures produce. We hold ourselves to a simple principle – Never Give an Inch.  We vow to start small and (stubbornly) stay small, focusing our efforts on making exceptional beer, rather than a lot of beer. When you drink Gigantic, know that we didn’t just put our names on the label – our effort, imagination, and dry wit are in every bottle.