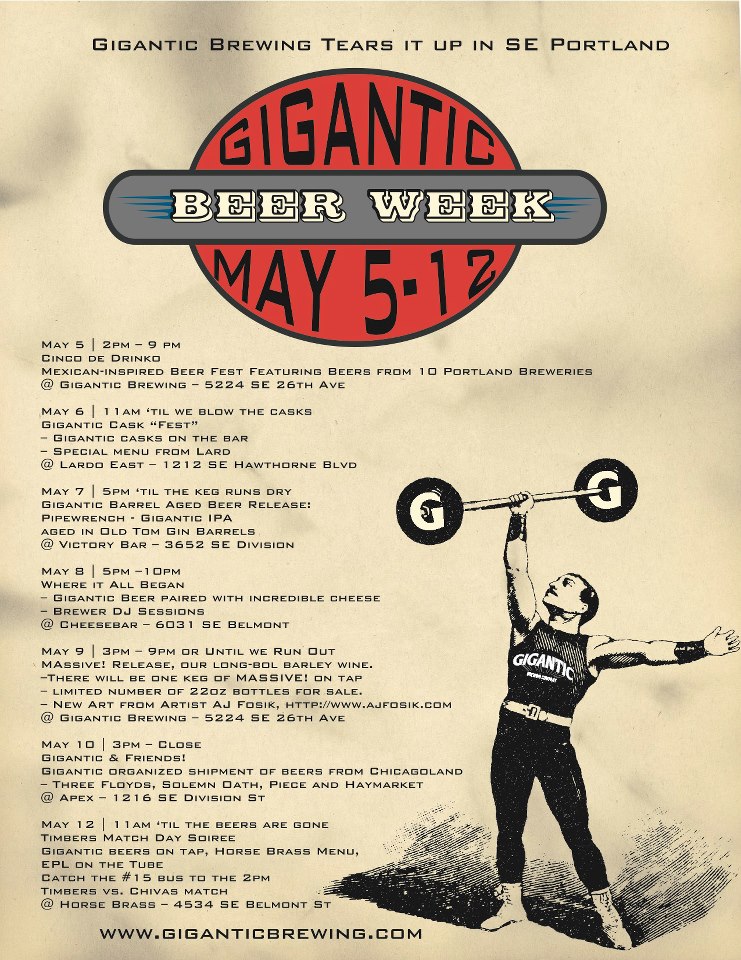 As the saying goes you can judge a person by the company that he keeps. Well I can confidently say that Van Havig and Ben Love are doing just fine. Yesterday Van and Ben celebrated their 1st year in business and what an outpouring of appreciation they received. For the entire evening the beer line extended out past the door and for a significant time all the way back to the bike racks.  The duo is obviously doing something right.

And for this milestone in being in business for one year was their first foray into barleywines. Massive! is what it’s called and it has no challenges in living up to its name. Word around the pub was how surprisingly mellow it is for being so young. Nothing overtly sweet with this one! They poured their only keg of this throughout the evening and released their pub only bottle sales. The artist of the label, AJ Fosik, has his sculpture, which was the inspiration to the beer label on display inside the taproom for the next few weeks. Make sure to stop by; it’s an amazing piece. 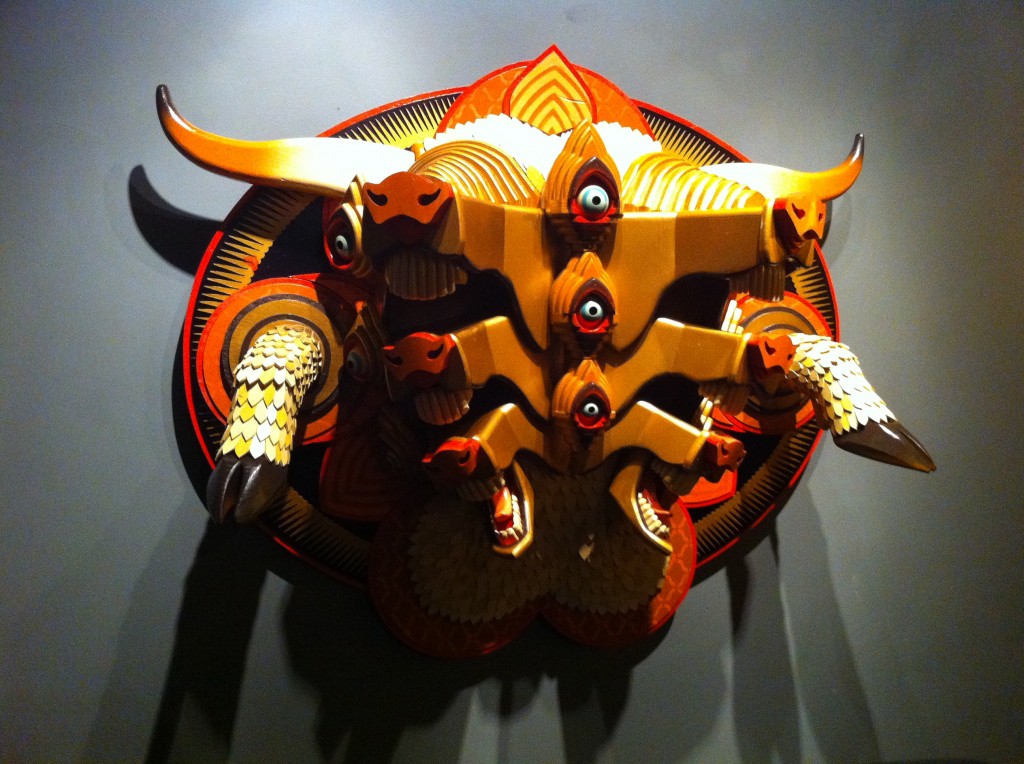 Now lets bring it back to Van and Ben’s company they keep. Tonight is one very special night at APEX. A few friends of Van and Ben from Chicago have sent one stellar lineup of beer to help them celebrate their first year in business during their very own Gigantic Beer Week. This lineup of beers will rival anything that has been offered during any previous beer week in Portland. No advance ticket sales, no entry fee, just straight up well brewed beer you pay with your hard earned cash. It’s rare to have any Haymarket Pub & Brewery, Solemn Oath Brewery, Piece Brewery and Three Floyds Brewing beers pouring in Portland. Heck, three of these breweries don’t even bottle. It’s a good chance that these three have never been poured west of Denver. I was going to do some research to see their medal count at GABF and World Beer Cup but this can be your homework assignment. Here’s a little hint, we’re talking about a lot of wall decorations here.

So you know of Three Floyds Brewing, maybe you’ve had a beer or two of theirs. Yes, some killer stuff. These guys are legends in brewing and yes friends of Van and Ben.

Maybe you traveled to Chicago over the past decade and went to have some pizza and beer in the Wicker Park neighborhood at Piece Brewery and Pizzeria. Some pretty damn good stuff there. No, not any of that deep dish pie, straight up New Haven style. Mashed potatoes and bacon with white sauce…..mmmmm! And the beer, cannot do any wrong here. You want hops, you want a nice Belgian inspired beer, how about a crisp, refreshing Dunkel, Piece does a fine job with these styles. Yep, friends of Van and Ben.

So now you may be scratching your head, Haymarket Brewery……Solemn Oath Brewery? Yes, these two are a couple of the new kids on the block in Chicago but have come out of the gates strong. Solemn Oath Brewing was opened by Tim Marshall a year ago and his beers have invaded tap handles throughout the Chicagoland area. When it comes to Haymarket beers I may be a bit biased. I too call brewer/owner Pete Crowley a close friend of mine so I trust Van and Ben’s judgement with this brewer. Do not make the mistake of not ordering his two barrel aged beers that he sent out. Ever hear of the Festival of Wood and Barrel Aged Beers? Yep, Pete started this stellar festival over 10 years ago.

What do three of the four breweries have in common with Van? Maybe the shirt he’s wearing in this photo below will help you answer this question. 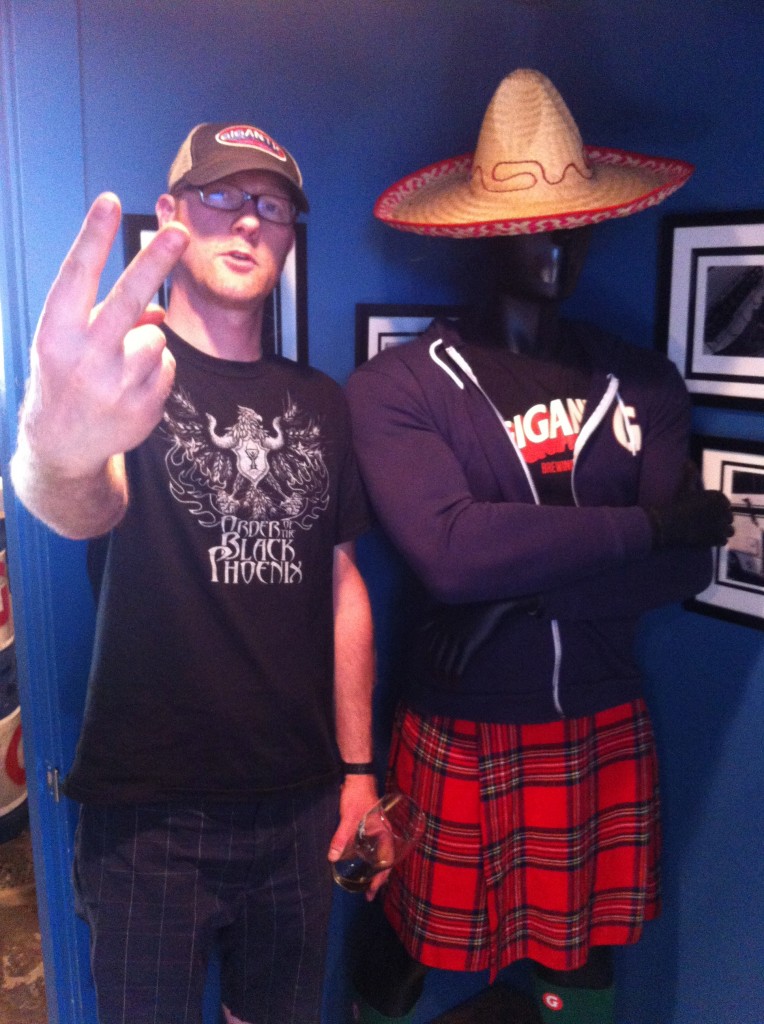 Do yourself a favor and head on down to APEX today, May 10th, beginning at 3pm so you can get your own taste of the beers from Van and Ben’s friends from the Windy City. Once a keg blows, there will be something new to take its place, so get ‘em while you can.

And here is what you truly want to see, the BEER LIST: 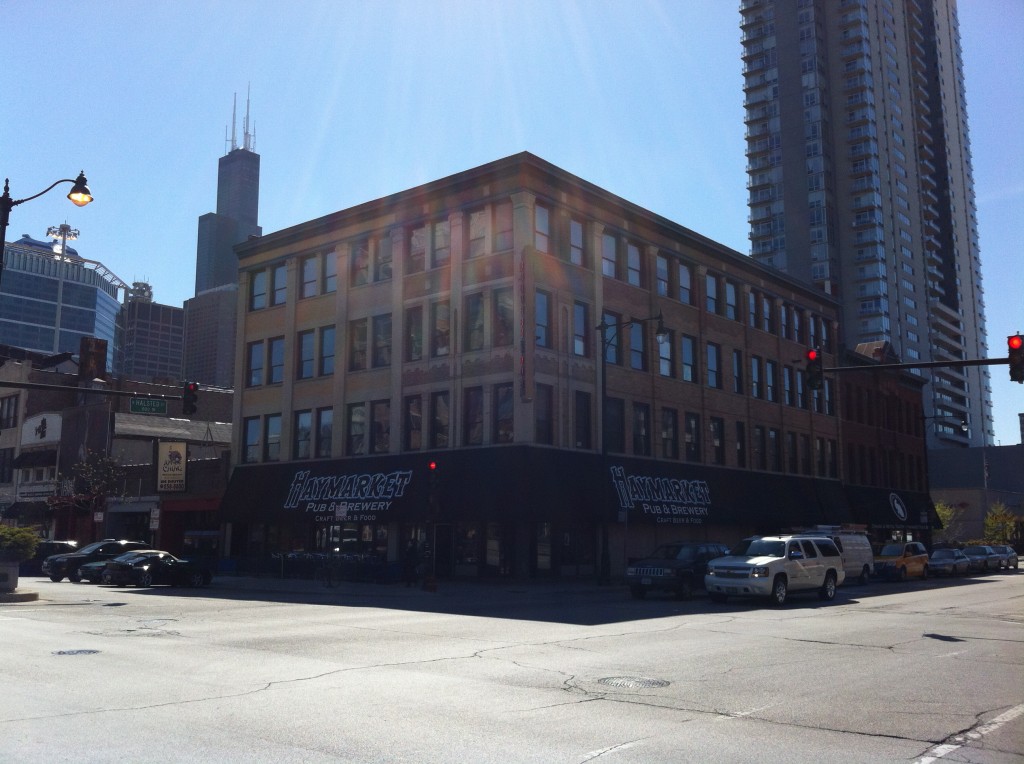