Brewing for a charitable organization is something that takes place somewhat frequently in the world of craft brewing. Today marks the official release of the latest charitable beer from an Oregon craft brewery with The Terry Porter. Yes, the former Portland Trail Blazer icon has partnered with both Gilgamesh Brewing from Salem, Oregon and Columbia Distributing. More than just a play on words to sell a dark, malty beer, The Terry Porter was created to honor and raise funds for OHSU Doernbecher Children’s Hospital.

This collaboration began when Gilgamesh Brewing approached Terry Porter to brew a charitable beer with his name on it. The retired player and coach quickly embraced the concept of The Terry Porter, a 20 IBU and 6.3% ABV beer. Porter, who played ten seasons with the Trail Blazers in the mid-1980s and 1990s, happens to be a board member of the Doernbecher Children’s Hospital Foundation.

“We’re hoping the fans will get behind it,” Porter said in a release. Many families cannot find or afford hotel rooms near OHSU Doernbecher. Providing housing “takes a burden off the plate” of the families, Porter said.

Matt Radtke, sales manager for Gilgamesh and part of the family that founded the brewery in 2009, said The Terry Porter is the company’s first “co-branded” beer. The idea for The Terry Porter beer sprung from a conversation with one of Radtke’s friends who runs a blog site for Trail Blazer fans, Pinwheel Empire. Pinwheel is helping the project with photography, videos, and social media content.

“We did a test batch and it came out really well. We’ve been selling out in the brewery pub,” Radtke said in a release. “I’m excited to see how it takes off when we launch throughout Oregon.”

Since Gilgamesh is partnered up with Columbia Distributing, the distributor jumped on board with this project just as it has in the past with other charitable beers. Columbia’s Oregon President Mark Walen and his team are constantly searching for charitable activities. “Gilgamesh, Trail Blazer Terry Porter and Doernbecher…that’s a winning combination,” said Walen in a release. “We are always looking for ways to contribute within our community. We’re honored to join in this effort to raise much needed funds for such a great cause.”

For each 22oz. bottle sold in retail, Gilgamesh and its distribution partner, Columbia Distributing, will donate $2 to the foundation, as well as $40 for every half-barrel keg sold in bars and restaurants across Oregon. At the Gilgamesh Campus, $1 will be donated for every Terry Porter pint purchased in the restaurant, and $2 during Blazer games. Patrons are encouraged to donate on their own as well. 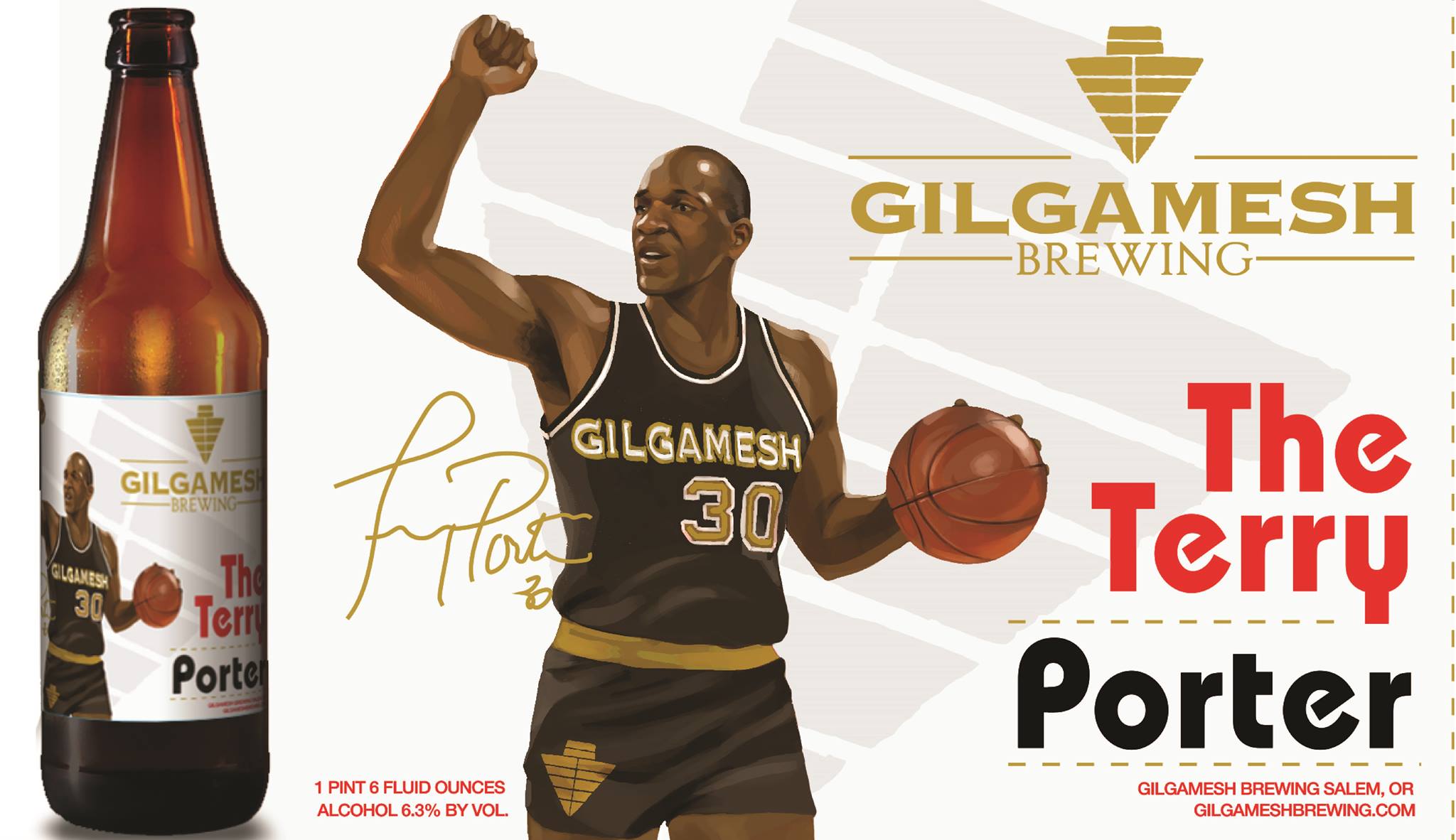 The Terry Porter will be sold in 22-ounce bottles throughout Oregon and featured at Roth’s Fresh Markets and New Seasons Markets from Mid-January through April.

Release Events for The Terry Porter: