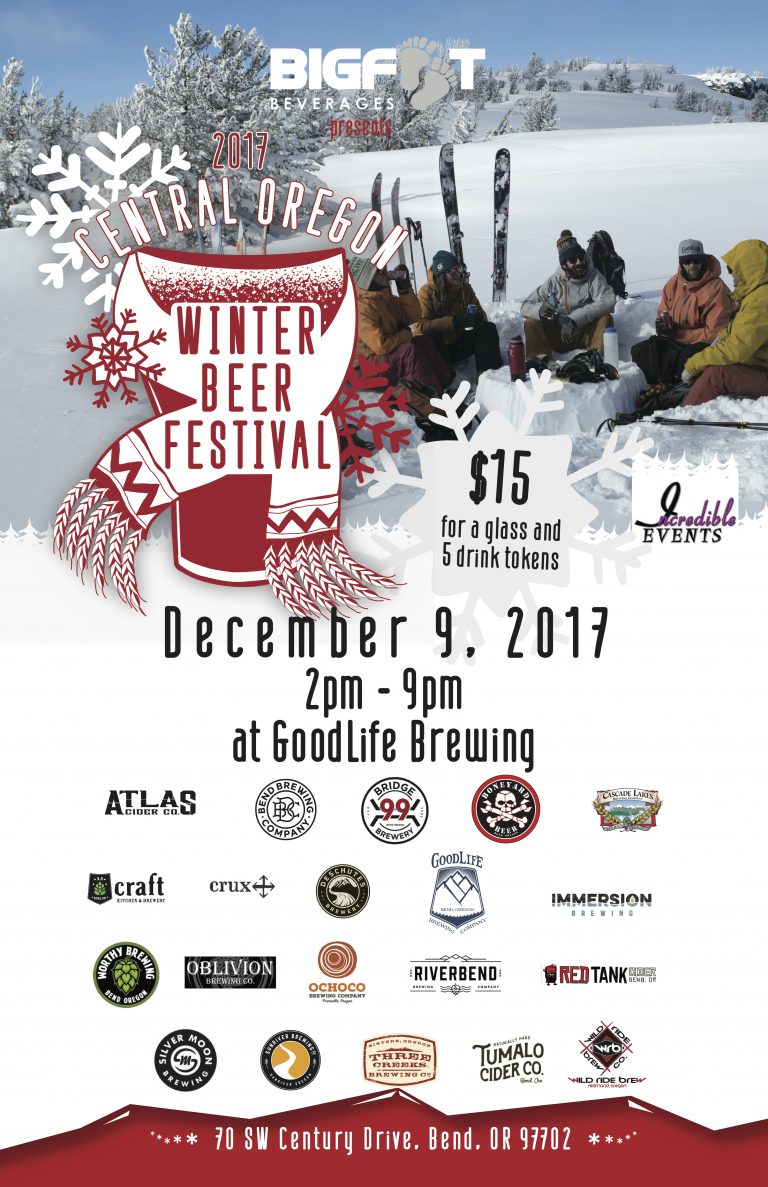 Last years festival had 22 breweries involved and 700 attendees, and this year we are hoping to have all of the Central Oregon breweries, both new and old. This annual event is held the second Saturday in December at GoodLife Brewing, and we look forward to growing it in the years to come. We are happy to announce Bigfoot Beverages as our Title Sponsor again in 2017.

GoodLife Brewing’s Owner/Operator, Ty Barnett, said “It’s a great feeling to know that our small city is producing some of the best beer in the NW, and how best to celebrate our growing beer culture than to get us all together and work to give Central Oregon beer a voice. Forming a Brewers Guild in our region opens up marketing possibilities that can directly impact Central Oregon. The more people that know what is happening in Central Oregon, the more people will visit and drive commerce to the city.”

COWBF is a showcase for seasonal and specialty beers brewed in celebration of the holiday season. Admission to COWBF will be $15.00 and attendees will receive a commemorative COWBF glass, as well as 5 drink tickets. Each additional ticket will cost $1.00. The festival will be in a heated tent, and there will be food carts available on-site.