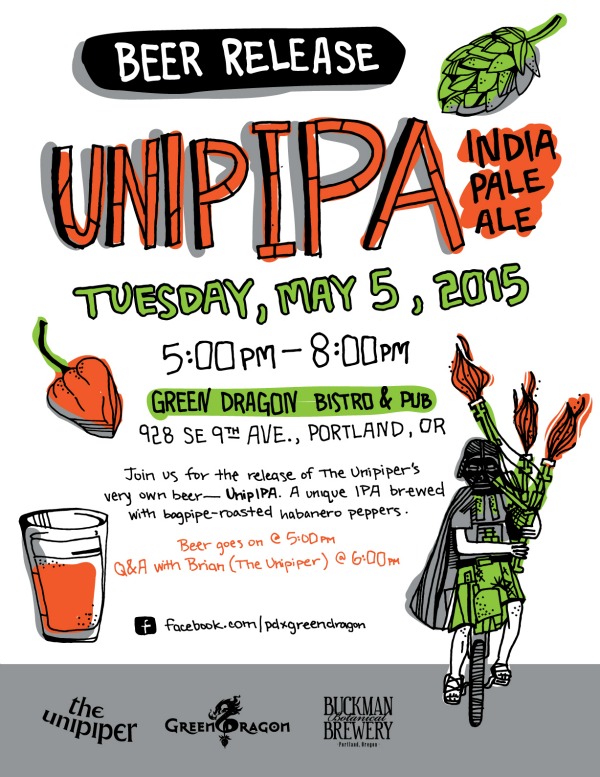 Portland sure has its icons and one of the more notable ones, The Unipiper, will be releasing his first beer. Yes, The Unipiper makes unannounced appearances at various events in town arriving on his unicycle and playing his flame throwing bagpipes all while wearing a Dark Vader mask.

Now this true Portland icon, Brian Kidd, but better known as The Unipiper has teamed up with Danny Connors of Buckman Botanical Brewery located inside Rogue’s Green Dragon to brew a beer that incorporates The Unipiper’s flame throwing bagpipes. The result is a very special, one-off beer aptly named The UnipIPA.