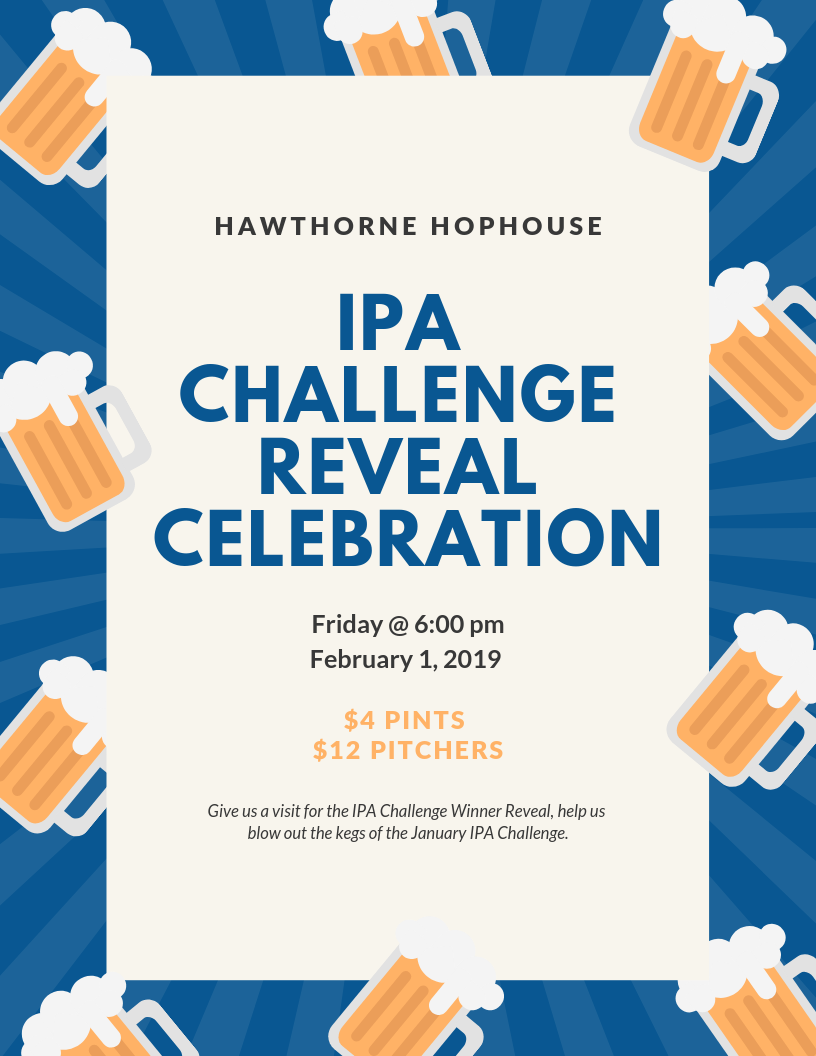 During the month of January, Hawthorne Hophouse hosted its annual IPA Challenge that pits 12 of Oregon’s best brewed IPAs against one another in a bind taste test. Today is the last day to visit to cast your vote after ordering a 12 IPA Taster Tray.

During the first half of January, Hawthorne Hophouse had all participants guess all 12 IPAs blindly. One person recorded a score of 7 out of 12. Then during the latter half of January, the bar provided a little hint as it announced which beers were on each taster tray. Now there were a handful of scores above six with one person, Matt Gray hitting 10 out of 12.

Today is the last day to enter, so don’t delay or just swing by on Friday for a selection of IPAs for only $4.00 a pint!