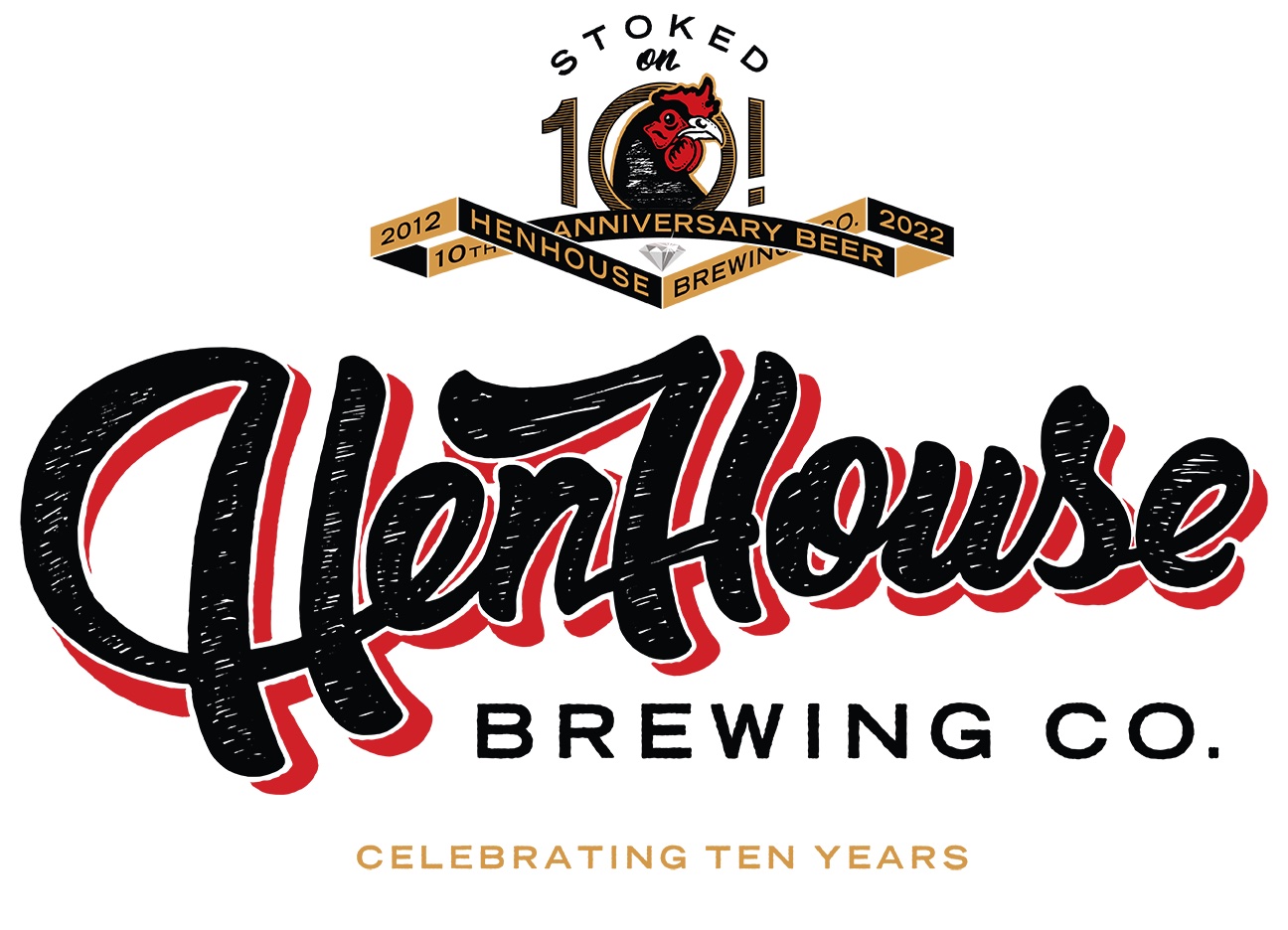 One of Northern California’s most buzzed about breweries turns ten years old this month and will be bringing the party to Portland for a three-week run. From January 7 – 31, 2021, Function PDX will host Henhouse Brewing as it celebrates a decade of brewing with Stoked On Ten.

Through its ten-year history, Henhouse Brewing has been impressing beer fans with its beers brewed in Santa Rosa, California. Now with two locations – Santa Rosa Brewery & Tasting Room and Petaluma Palace of Barrels – Henhouse Brewing has cultivated a large fan base. Now those of us in Portland will be able to fully experience the brewery this month at Function PDX in Northwest Portland.

For the Henhouse Brewing’s ten-year anniversary, it has collaborated with quite a few breweries on a handful of new beer releases. Many of these beers will be making their way to Portland over the next few weeks as the brewery celebrates Stoked on Ten. 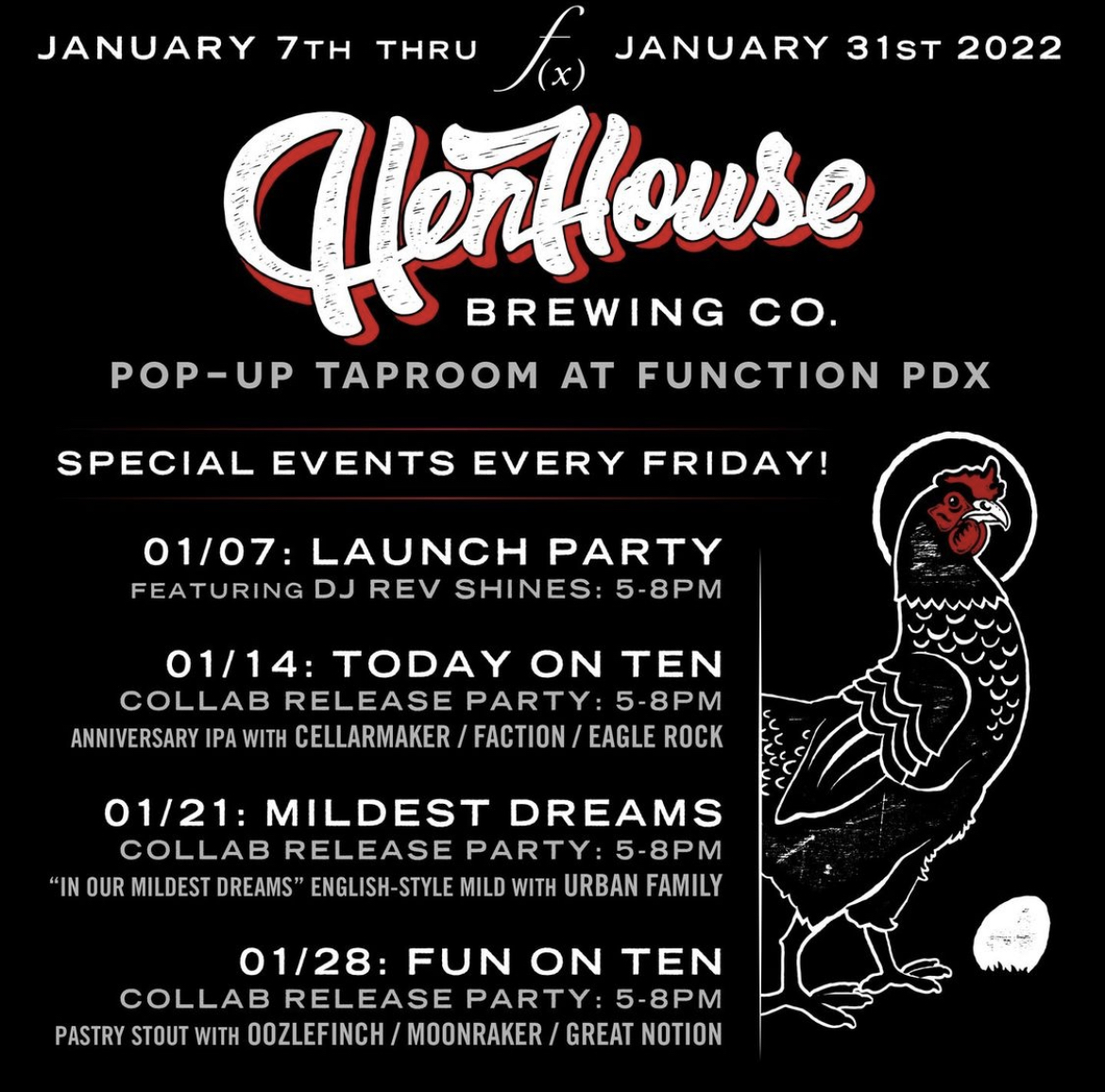 Stoked On Ten deepens our commitment to the values that have made this past decade so rewarding! Since 2012, it has been our mission to do three things: create meaningful employment for team members (that’s us), improve beer quality for the end consumer (that’s you), and create wealth for our community (that’s everybody!). Once, we were a few folks making a few bottles. Today we’re dozens of folks brewing thousands of gallons! To the chickens, beers, and people on this ride with us: THANK YOU!” It’s just getting started! – Bob Waegner

10 Years. 10 Beers – Celebrating a decade of freshness and friends!! With appearances by… 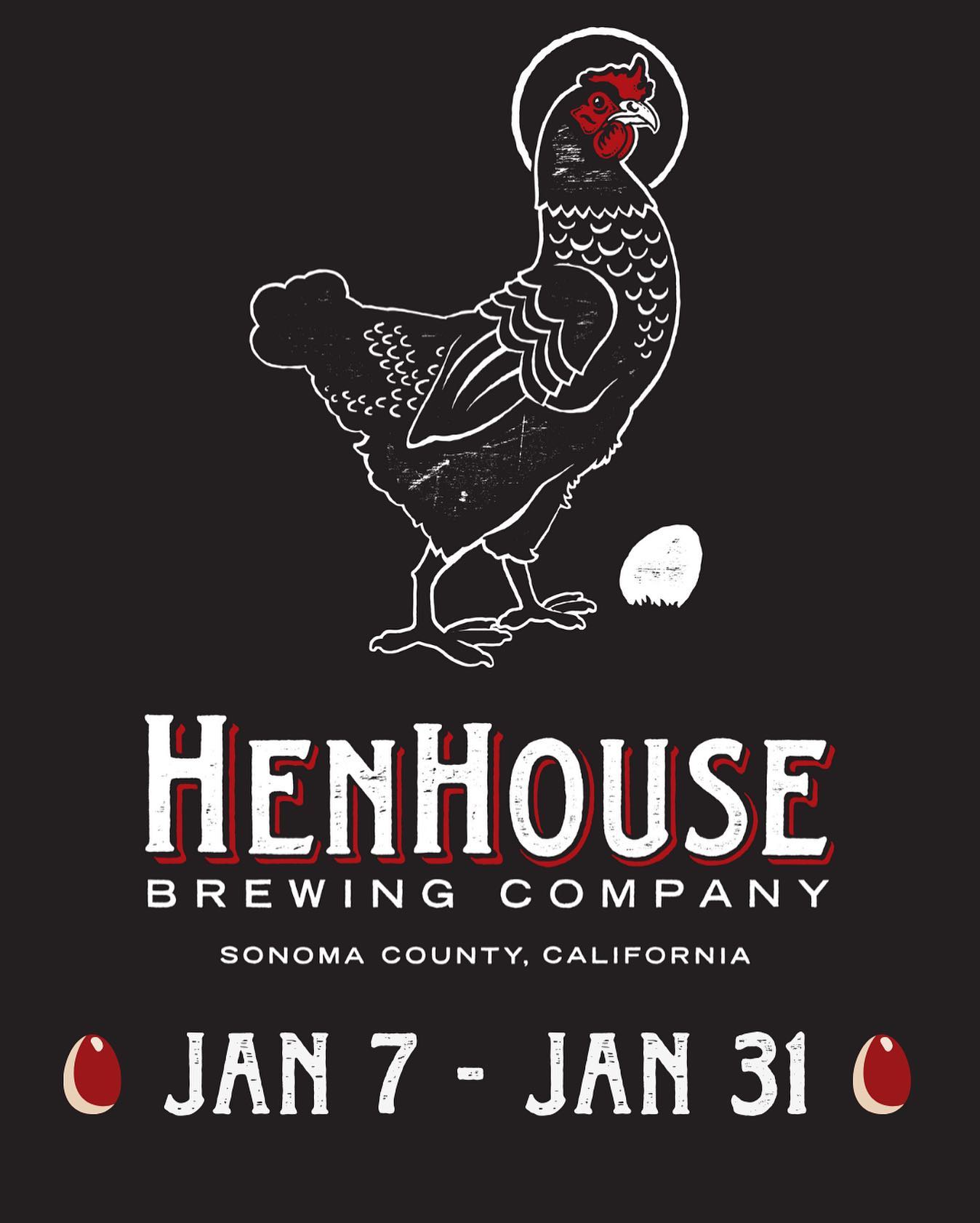 On the weekends, Function PDX will also host GrassRoots Food as Jamal Hinds will be providing his popular food as a pop-up. Follow Jamal on Instagram at @grassroots_food_pdx to learn more!