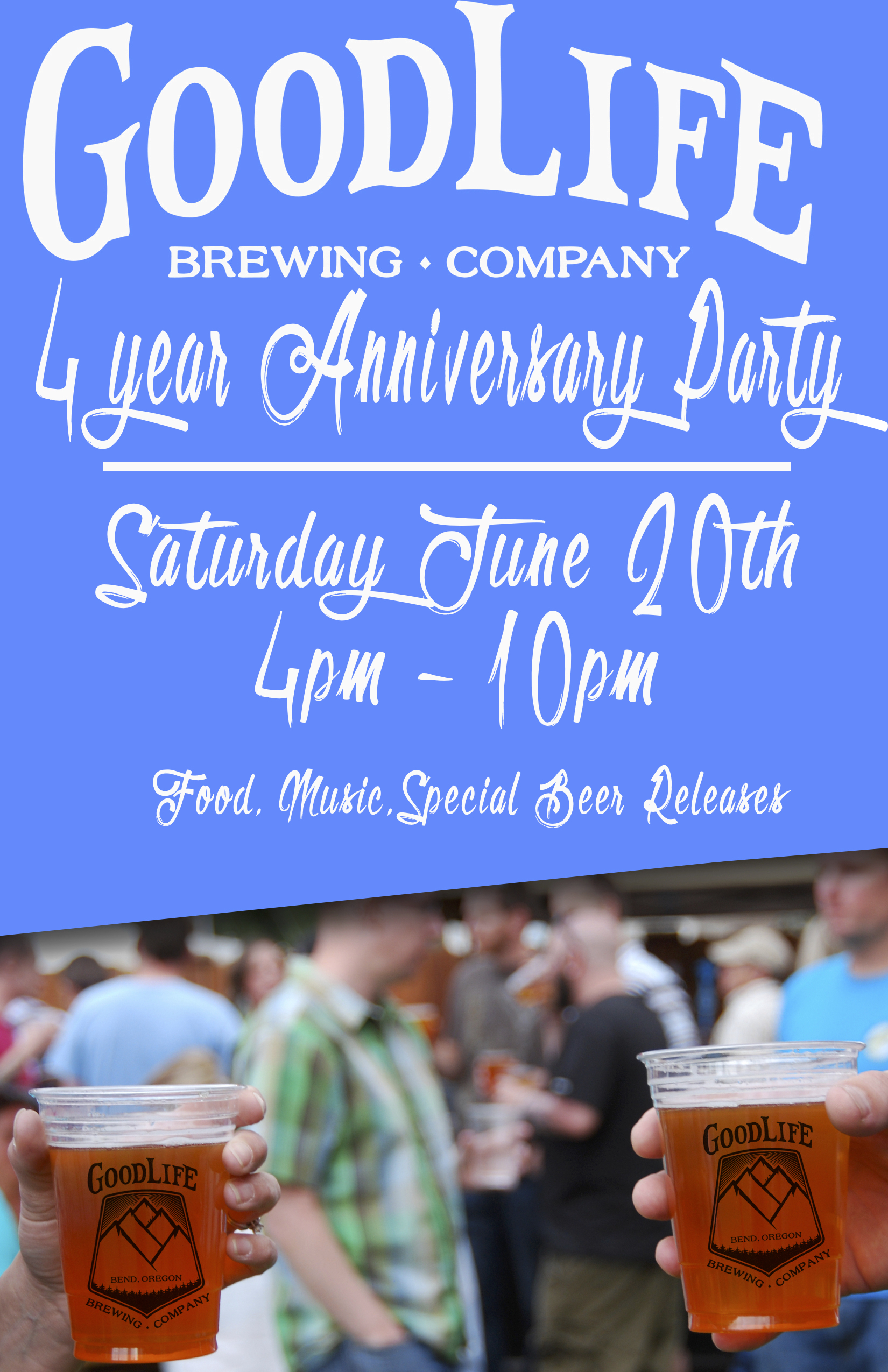 BEND, OR (Thursday, June 11th, 2015) – Saturday, June 20th, 2015 marks GoodLife Brewing’s 4 Year Anniversary and you’re invited to come join us in the celebration. It’s been an unbelievably exciting 4 years in Bend and feels like yesterday that we brewed our first batch of beer.

The recent addition of a new 240 BBL fermenting tank has GoodLife Brewing’s annual capacity now at a whopping 30,000 BBL’s per year. Since opening the breweries doors in June 2011, GoodLife has grown from 3,100 BBLS in year 1, 9,000 BBLS in year 2, and to 17,000 BBL’s in year 3. With sales growing in 2015, GoodLife Brewing will have grown almost 800% in only 3 years and is now one of Oregon largest craft breweries. Sounds like a good reason for a party to us! 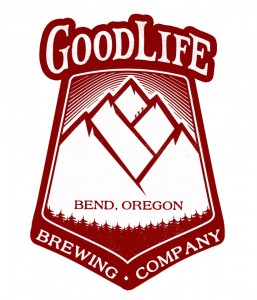 The 4th Anniversary Party will be happening at GoodLife’s Biergarten from 4pm-9pm. There will be live music, bocce ball, corn hole, and ladder ball games going on while we tap some rare and never before seen beers. We brewed a special 4th Anniversary Beer called Afternoon Delight that will leave you wondering why it’s been missing from your life. It’s a 4.2% session ale that will taste like nothing you’ve ever had from GoodLife. Rumor has it that Co-Owner/Brewmaster, Curt Plants, is working on a firkin, or two, for the Anniversary Party that is sure to blow your minds.

GoodLife Brewing wants to send a special Thank You to everyone who has ever supported us throughout the years. We wouldn’t be here without you beautiful people!