Former homebrewer Tyrone Reitman has decided to go professional and open Freehand Brewing & Blending. Located ina an former artists’ studio in a residential area in Eugene, Oregon, Freehand Brewing is set to launch three of its bottles in the Willamette Valley.

Freehand Brewing, which is also referred to Freehand Brewery in the press release is a saison-centric brewery that will also produce barrel aged beers with Northwest and organic ingredients.

Reitman turned pro after he developed his homebrewing skills developing beers with Belgian yeasts and barrel aging. “It’s a passion for integrating craft beer with the local food movement,” said Reitman in a statement. “We brew beers that reflect a passion for farmhouse beers with local ingredients. Brewers, bakers, coconut ice-cream makers, it’s part of being in a community that values culinary creativity. That’s why we brew. It’s the desire to create fun and interesting beers to share with people.”

The beers that Freehand will produce include a few different beer series such as Melee, Forte, and Staves, each with flavor parameters that can evolve with the seasons or brewer’s inspiration from batch to batch. Many of the barrel-aged beers to come from Freehand are inspired by Flanders Red Ales, while others will be golden sour ales, or ones the feature local fruit. Bottle conditioning is central to the flavor profile and texture of the beers, and any draught beer produced will also be naturally carbonated. 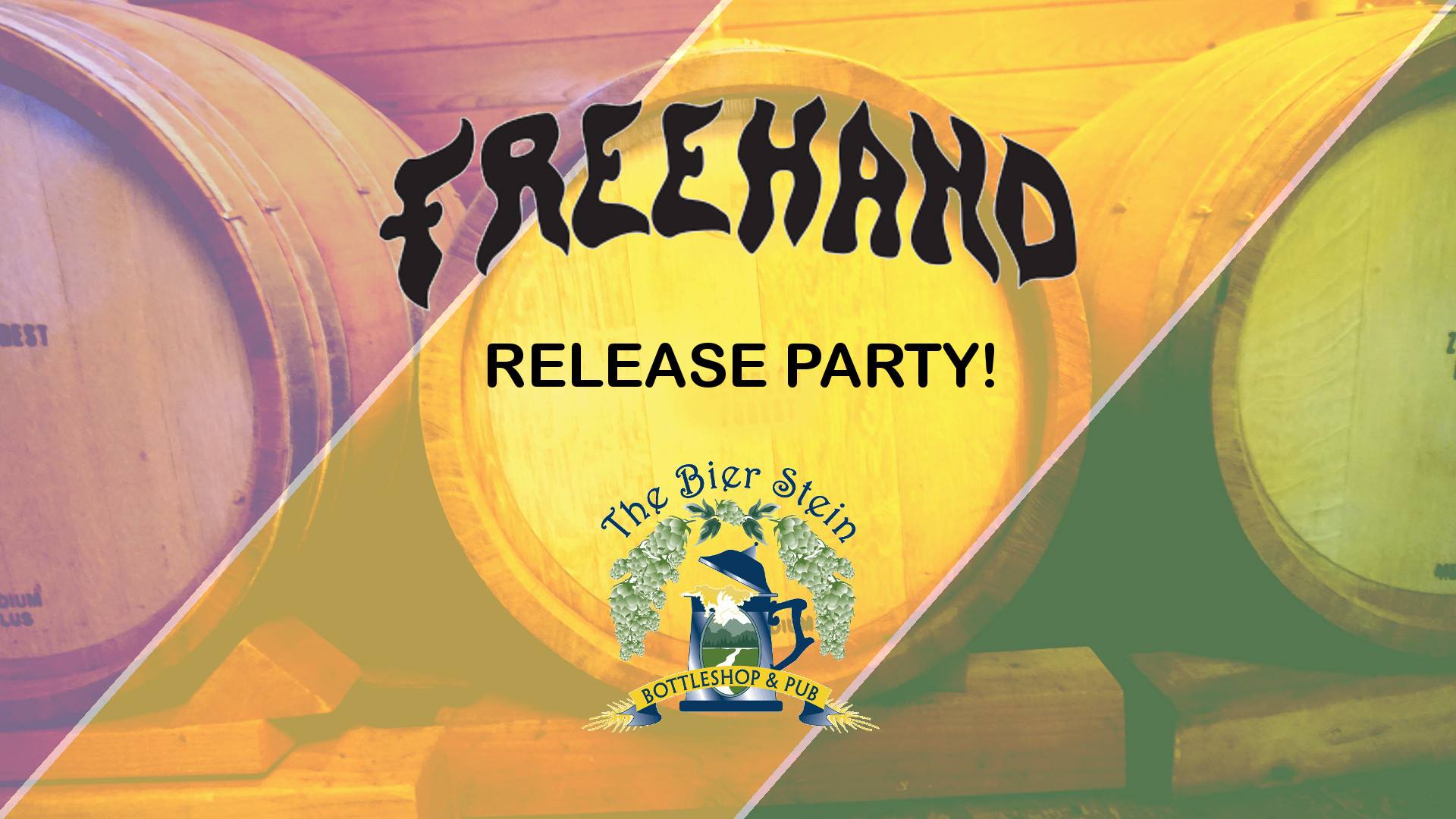 The official launch of Freehand Brewing will take place on Thursday, October 18th at The Bier Stein located at 1591 Willamette Street in Eugene. Freehand will introduce its first three bottle conditioned beers, Saison/Melee; Saison/Forte; and Staves/Rippie. Reitman will provide free samples and the option to purchase a small cheese plate to pair with the three beer flight from 5:00-8:00pm.

Saison / Melee
Bright, hoppy, vivid
Melee is a spirited marriage between Saison and IPA, with a pinch of fun from the local bees. Suited for pairings, parties, and other playful occasions, Melee offers a diverse palate plenty to ponder. It highlights the hard work of Willamette Valley bees, and is hopped generously with Magnum, Cascade and Citra.
Batch 1 (Summer 2018) | 7.1% abv

Saison / Forte
Mixed grain, golden, cellar worthy
Forte is where guile meets grist. As a strong golden Saison, Forte’s mixed grains, careful balance, and long maturation provide it with a classic Belgian character. Brewed to be drunk fresh or cellared in the dark, Forte is meant to be savored slowly (and sometimes shared). Highlighting the beauty of organic pilsner malt paired with Salmon-Safe Cascade hops grown in the Willamette Valley.
Batch 1 (Summer 2018) | 9.0% abv

Staves / Rippie
Barrel-aged, wild pale ale
Staves is a series of seasonally rotating hop-centric, barrel-aged, Brettanomyces finished farmhouse-ales. And while that sentence was a mouthful, the ale in this bottle is always a pleasant surprise. “Rippie,” our first in the Staves Series, features a grist of organic pilsner and pale malts, along with a pinch of rye and wheat, and is hopped exclusively with Oregon-grown Cascade hops. After primary fermentation, Rippie spent a while co-mingling in a fresh barrel with various strains of Brettanomyces before undergoing an additional fermentation in the bottle.
Batch 1 (Summer 2018) | 6.6% abv

Freehand Brewing is currently distributing in the Eugene-Springfield area, with future plans to expand its distribution to Corvallis, Salem, and Portland in the coming months.