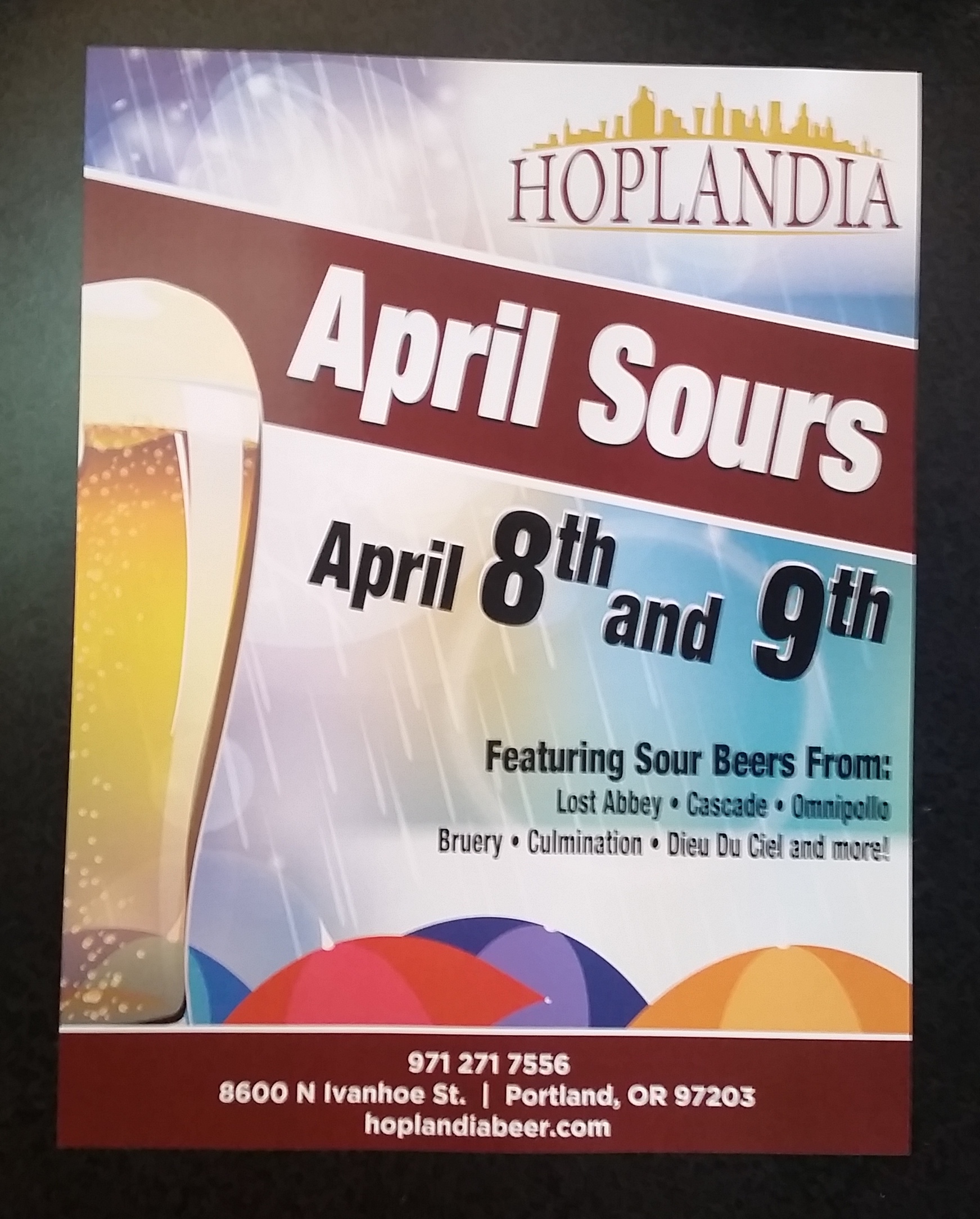 Hoplandia Beer will host its 2nd Annual April Sours, a weekend of sour beers from April 8-9, 2017. Each day from Noon until Midnight, Hoplandia will be pouring 16 sour beers.

So far the tap list will feature the following with additional beer to be added.

Entry is free at April Sours and the sour beers will be offered in either 6 oz. or full glass pours.