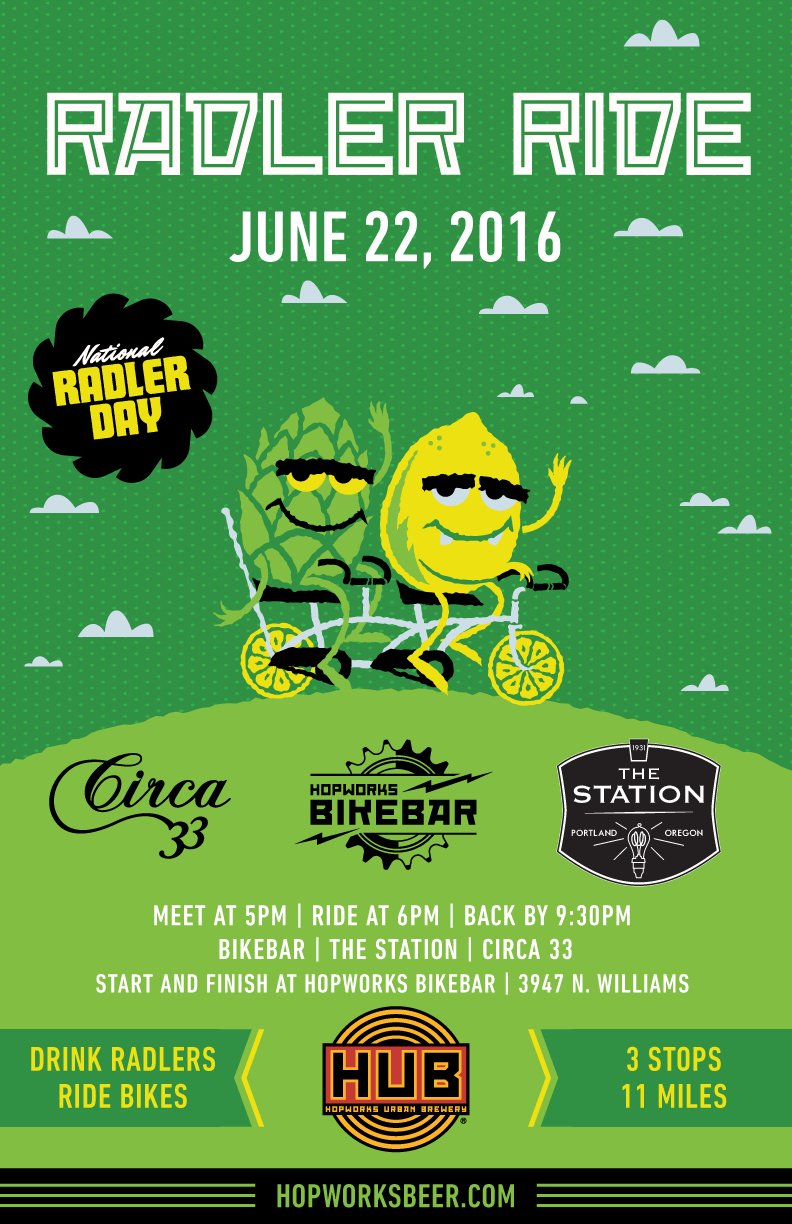 International Radler Day returns on Wednesday, June 22 when HUB will host its 2nd Annual Radler Ride in Portland. The ride begins at Hopworks BikeBar in North Portland and will make stops at The Station and Circa 33. The ride will then return back to BikeBar.

Each of the three stops will be pouring various flavors of Radler along with Radler based cocktails. Radlers include Totally Radler Lemon, Grapefruit, Ginger, and Radlerita. Attendees should bring their bike, helmet, light, and lock. The ride is free and open to the public and riders must purchase their own beverages.

The date of June 22nd was chosen, as it’s the day that commemorates the legend of Radler. Radler is German for “cyclist,” and the story goes that in June of 1922 the owner of the Kugleralm Alm pub in Germany was visited by thousands of cyclists on a new bike trail that led directly to his venue. The publican didn’t have enough beer for all the cyclists so he mixed a 50/50 concoction of Lager and Lemon Juice, and Radler was born. Cyclists now love this refreshing beverage all across the world.