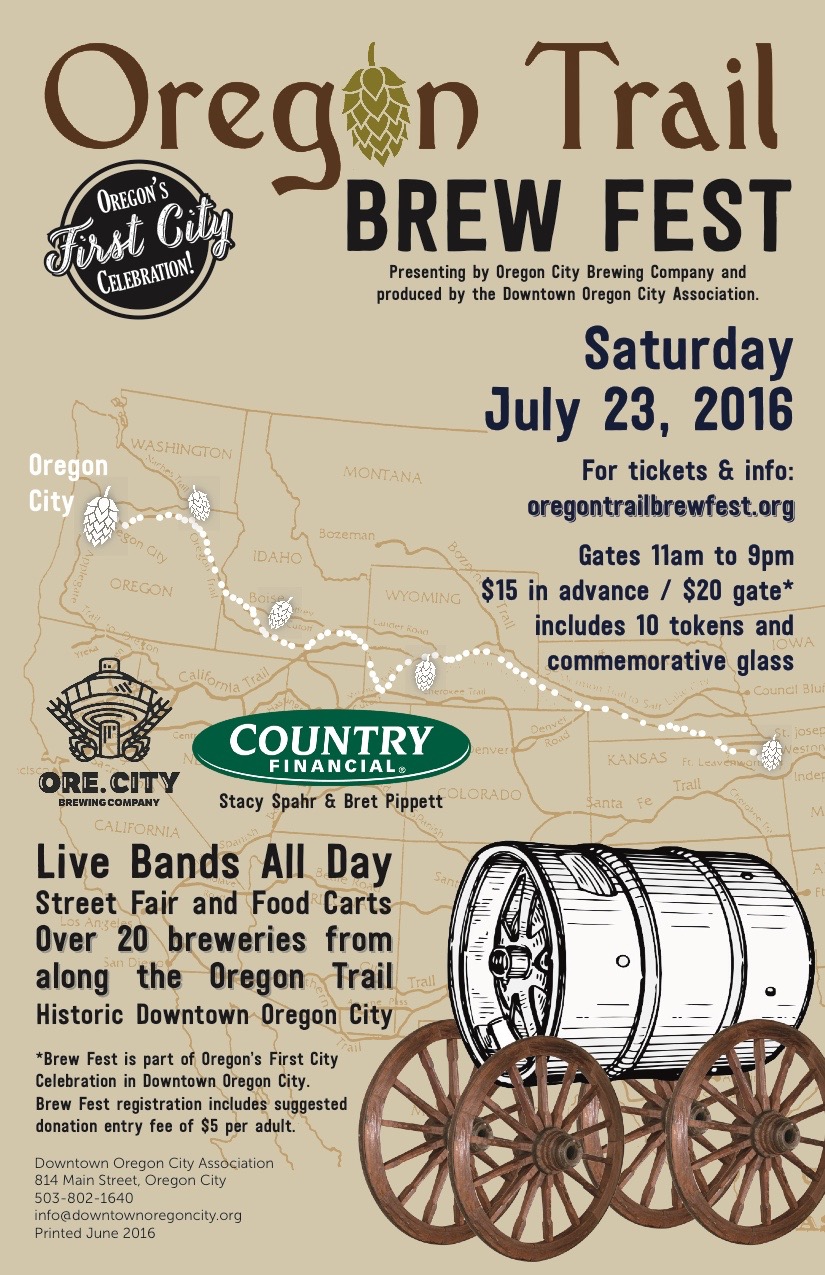 Oregon’s first city will finally have a craft beer festival of its own when the inaugural Oregon Trail Brew Fest takes place on Saturday, July 23rd in downtown Oregon City. This new beer festival will be held alongside Oregon City’s First City Celebration. Now in its seventh year, First City Celebration commemorates Oregon City’s founding as the first city in Oregon and includes craft beer, food, live music, vendors and activities for kids.

Oregon Trail Brew Fest will feature various breweries that are located along the historic Oregon Trail. From Kansas City’s Boulevard Brewing all the way to the four breweries that now call Oregon City home, the festival will feature over 20 breweries pouring upwards of 40 different beers from 11:00am until 9:00pm. Here’s a link to the continually updated brewery list.

Entry into the Oregon Trail Brew Fest is $15.00 in advance or $20.00 at the gate. Advance tickets can be purchased by clicking here and includes a festival glass and 10 beer tokens. Brew Fest registration includes suggested donation entry fee for First City Celebration of $5 per adult.