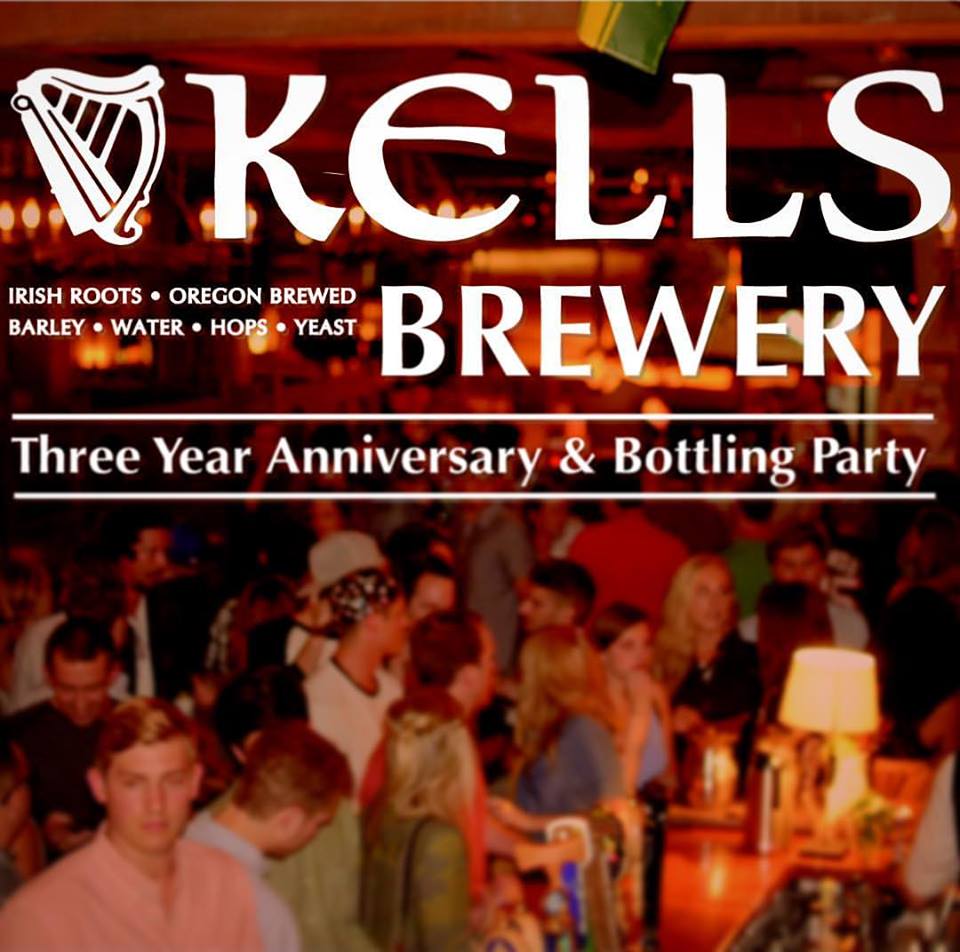 Three years ago the Kells Irish Pub empire expanded with the opening of its first brewery with Kells Brew Pub located in trendy Northwest Portland. To celebrate this occasion Kells Brew Pub will be hosting a 3rd Anniversary and Bottle Release Celebration on Saturday, September 19 from Noon to Midnight. At 7:00pm owner Gerard McAleese and lead brewer and pub manager Garrett McAleese, will raise a toast in honor of the occasion.

Throughout the entire day Kells will be featuring its house brewed beers for only $3.00 each. This selection includes Kells Irish Red, Kells Irish Lager and Kells IPA as well as its stout on nitro and current seasonals. To complement the beer, head chef Travis Stark has created a small portioned menu that will also feature $3.00 specials on Kells bites for the day. This menu will include a stuffed lamb slider, a falafel slider and meatballs topped with Kells Stout sauce.

Also taking place during the 3rd Anniversary will be Kells Brew Pub’s bottle launch. Kells is set to bottle its three flagship beers, Kells Irish Red, Kells Irish Lager and its rotating Kells IPA (the initial version is dry-hopped). The brewery will bottle 20 bbls of its Lager, 10 bbls of its Red and a pallet of IPA next week to be ready in time for the anniversary. 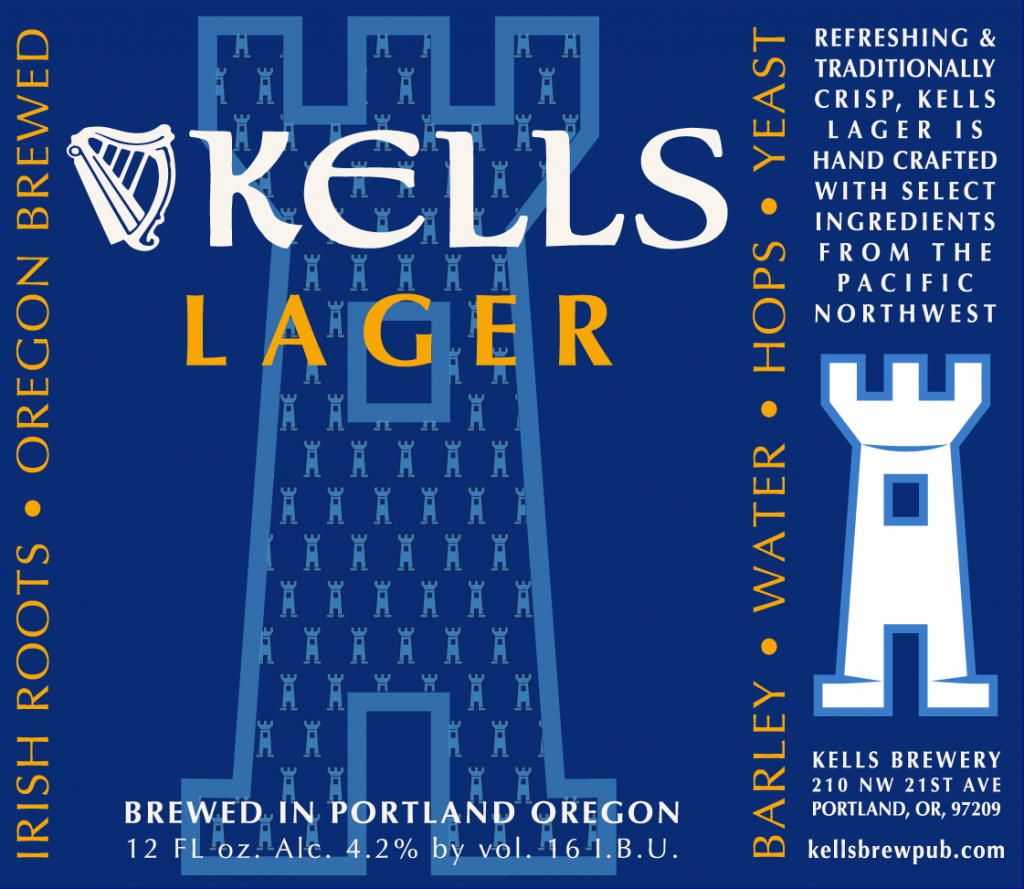 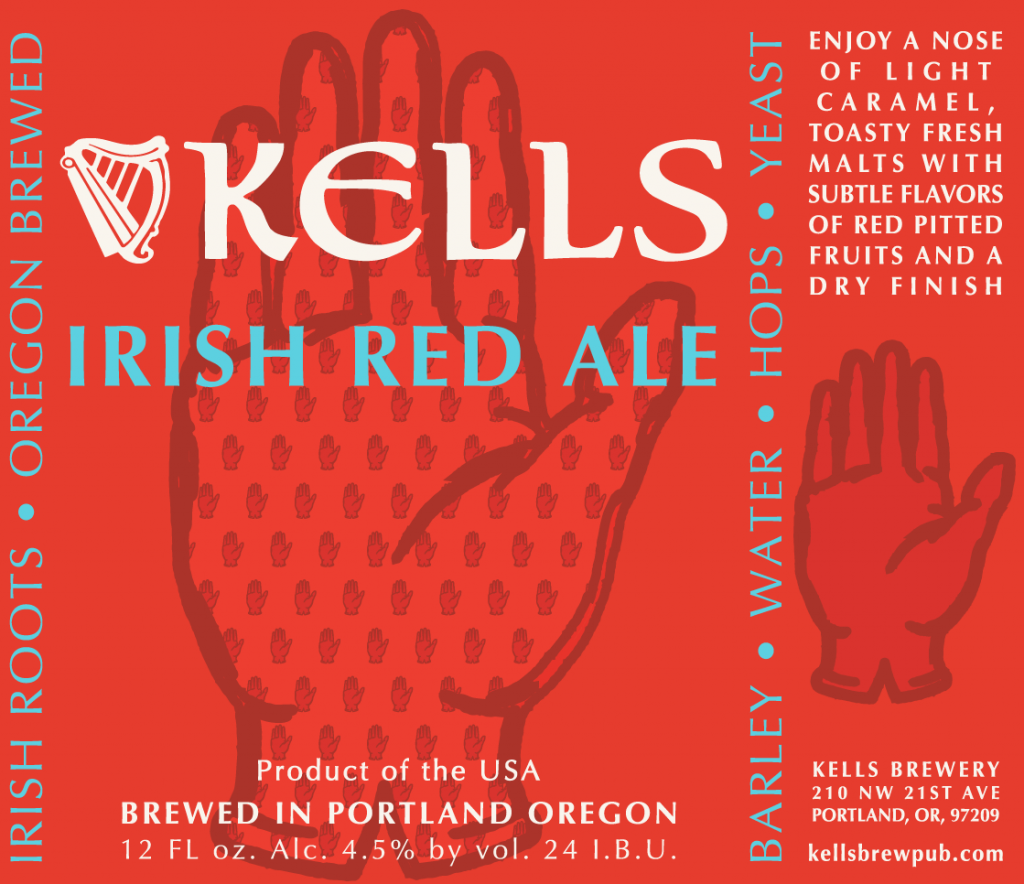 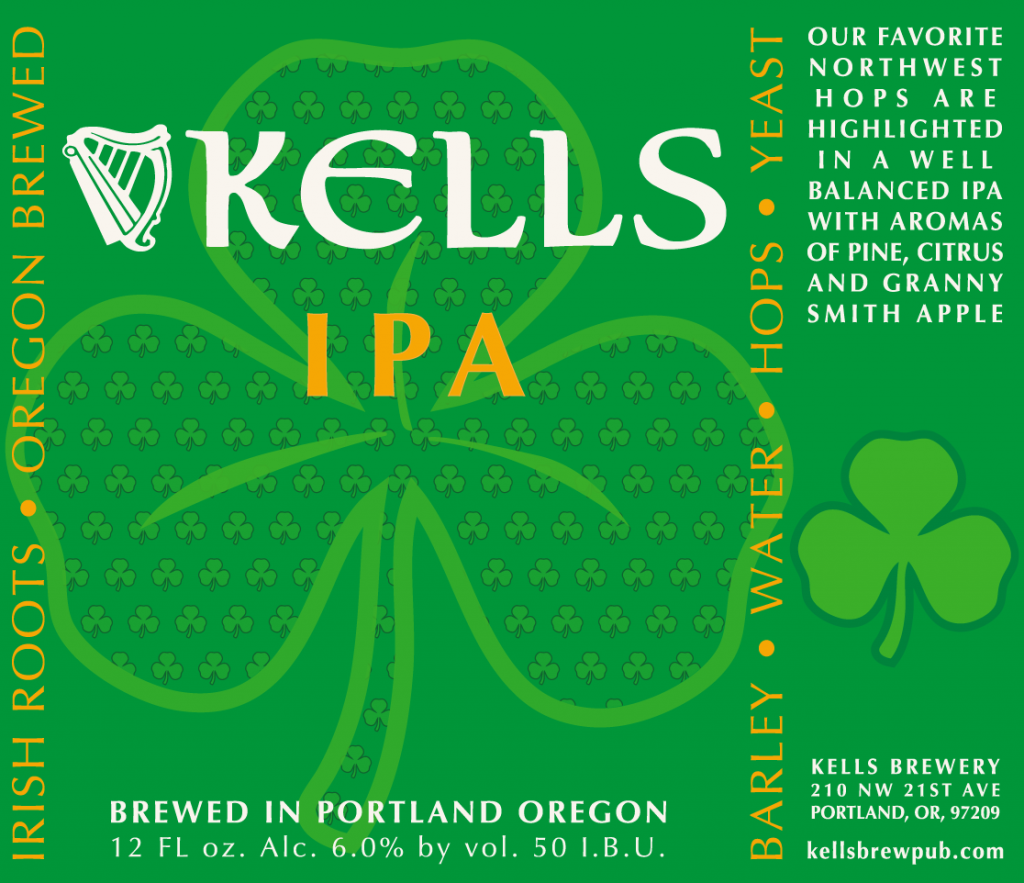 “Going into retail is a big shift for us, but one we’ve always had our eye on,” explained Garrett McAleese. “Our brewery has grown since day one and demand for our draft beer has always kept us busy, but we decided it was time to take the next step.”

With a motto of “Irish Roots, Oregon Brewed,” the labels feature traditional Irish imagery, including a shamrock for the IPA, the Tower of Kells for the lager, and a red hand for the Red; a nod to the Northern Irish heritage of the McAleese family. The Red Hand of Ulster is a symbol used to denote an Irish tale in which a Viking longboat war party, closing in on the shores of Ulster, promised the first man to touch land full possession of the territory. On board was an Irish mercenary who severed his hand with his sword and threw the bloody hand ashore.

Kells will be bottling every quarter; the brewery will likely add seasonals to the rotation next summer. The brewery will sell its brown longneck 12oz bottles in crafted six-packs that will retail for $11.49. Garrett McAleese noted that if the brewery keeps growing at its continued pace and the retails takes off, a production brewery will be inevitable.

Kells Brew Pub’s 3rd Anniversary Celebration will also feature live music by Bridgid’s Cross from 6:00 to 8:00pm and local favorite Sami Rouissi from 9:00pm to Midnight. There will be no cover charge for the days festivities.