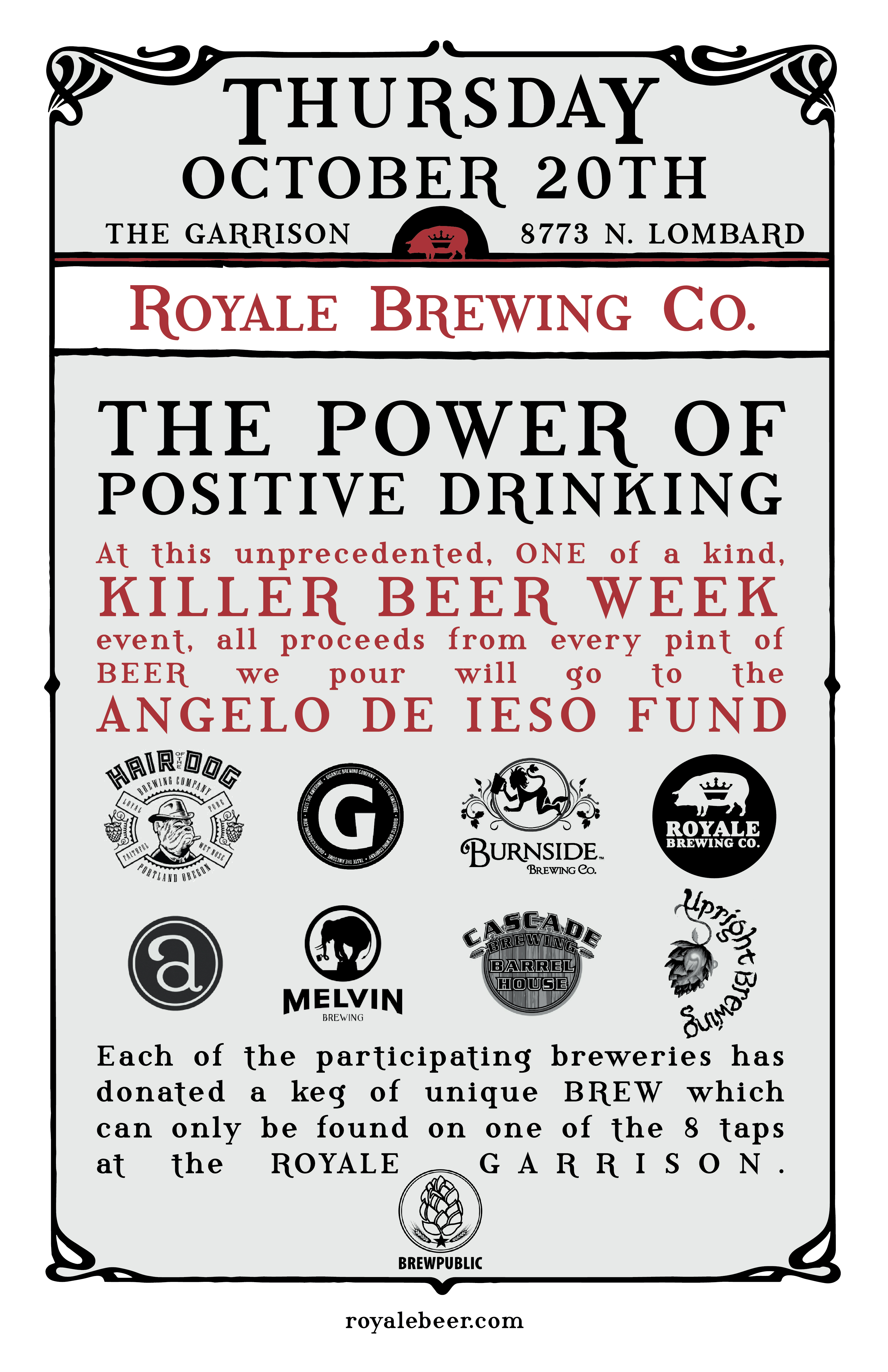 This evening, Thursday, October 20th, The Garrison Tap Room will host Killer Benefit Night – A Benefit For Angelo De Ieso. From 5:00 to 10:00pm the tap room for Royale Brewing will feature some rare kegs from eight outstanding breweries for tonight’s featured event during our 8th Annual Killer Beer Week.

Located in the St. Johns neighborhood of Portland, The Garrison will be pouring exclusive offerings from Royale Brewing, Hair of the Dog, Melvin Brewing, Burnside Brewing, Gigantic Brewing, Alesong Brewing & Blending, Upright Brewing, and Cascade Brewing. All proceeds from the evening’s generously donated beer will go to Brewpublic co-founder Angelo De Ieso who continues his fight battling his brain tumor.

The taplist for tonight features the following eight beers.