Three days in and we continue on with our 2017 edition of Killer Beer Week. Today we head up into North Portland when Lombard House will help get us through the dreaded start of the work week with a Killer Case of the Mondays from 4:00-10:00pm.

Publican Brian Koch will open his pub on a Monday (normally its closed on Mondays) and will serve some killer beers while watching some football on the television. Since Brian is a big Philly fan, Lombard House has become a gathering place for Eagles fans. On this Monday night the Eagles will take on the Washington Redskins. Fans of both teams are encouraged to show up wearing their team’s colors.

When it comes to the beer list for this evening we have secured a few beers making its debut along with a few that are seldom seen here in Portland. Lombard House will be debuting the latest beer from our friends at Upright Brewing with its Smoked Lager. We also secured a couple of beers from Pizza Port Brewing with its Swami’s IPA and Ponto Session IPA. 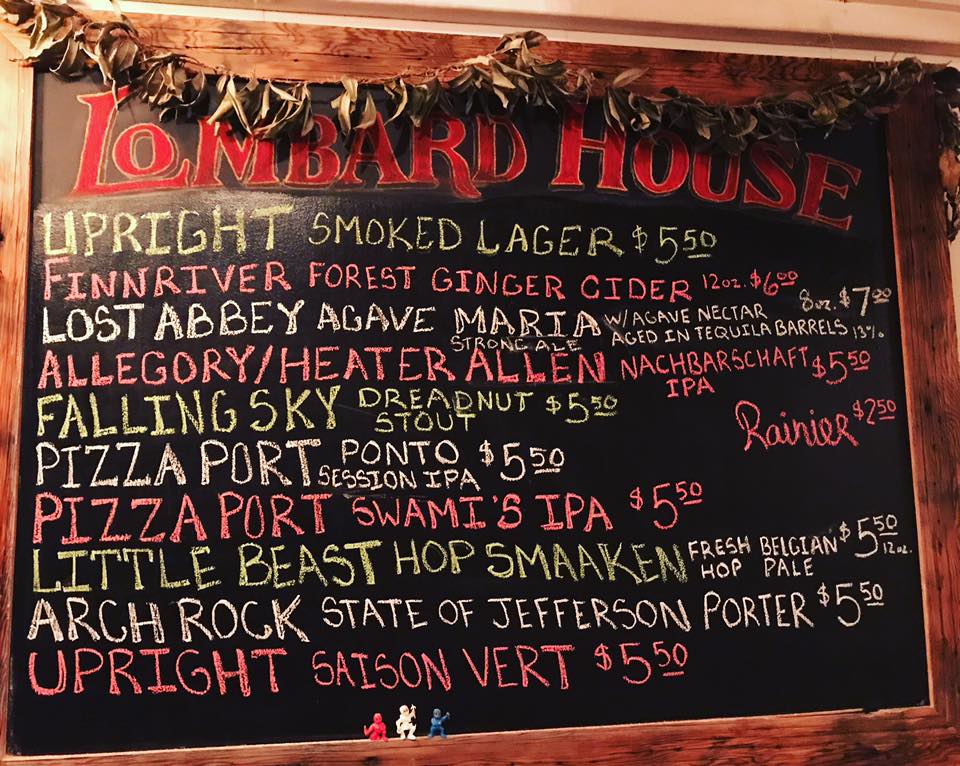 Also on tap will be Little Beast Hop Smaaken Pale and Lost Abbey Agave Maria will be pouring along side an exciting collaboration between Allegory Brewing and Heater Allen. Nachbarschaft IPA is an all-German ingredient IPA and the first IPA Heater Allen has been associated with!

We will also be pouring a limited number of vertical tastings of the Deschutes Brewery Abyss vintages from 2007, 2008 and 2009. The bottles found their way to our cellar as a donation from Brian’s good friend Sean. They were part of his father’s cellar and he was kind enough to pass them along to us. In the spirit of generosity, all proceeds from the tastings will go to the Chris Long Foundation. Chris Long, an Eagles player, is generously donating all 16 of his game checks this year toward scholarships in the three communities in which he has played professionally. Lombard House is proud to support education. Brian was a special Ed and History teacher in juvenile detention centers and believes very strongly in supporting education as a means of healing our communities. Tastings will be 15 dollars but feel free to throw down more if so inspired.