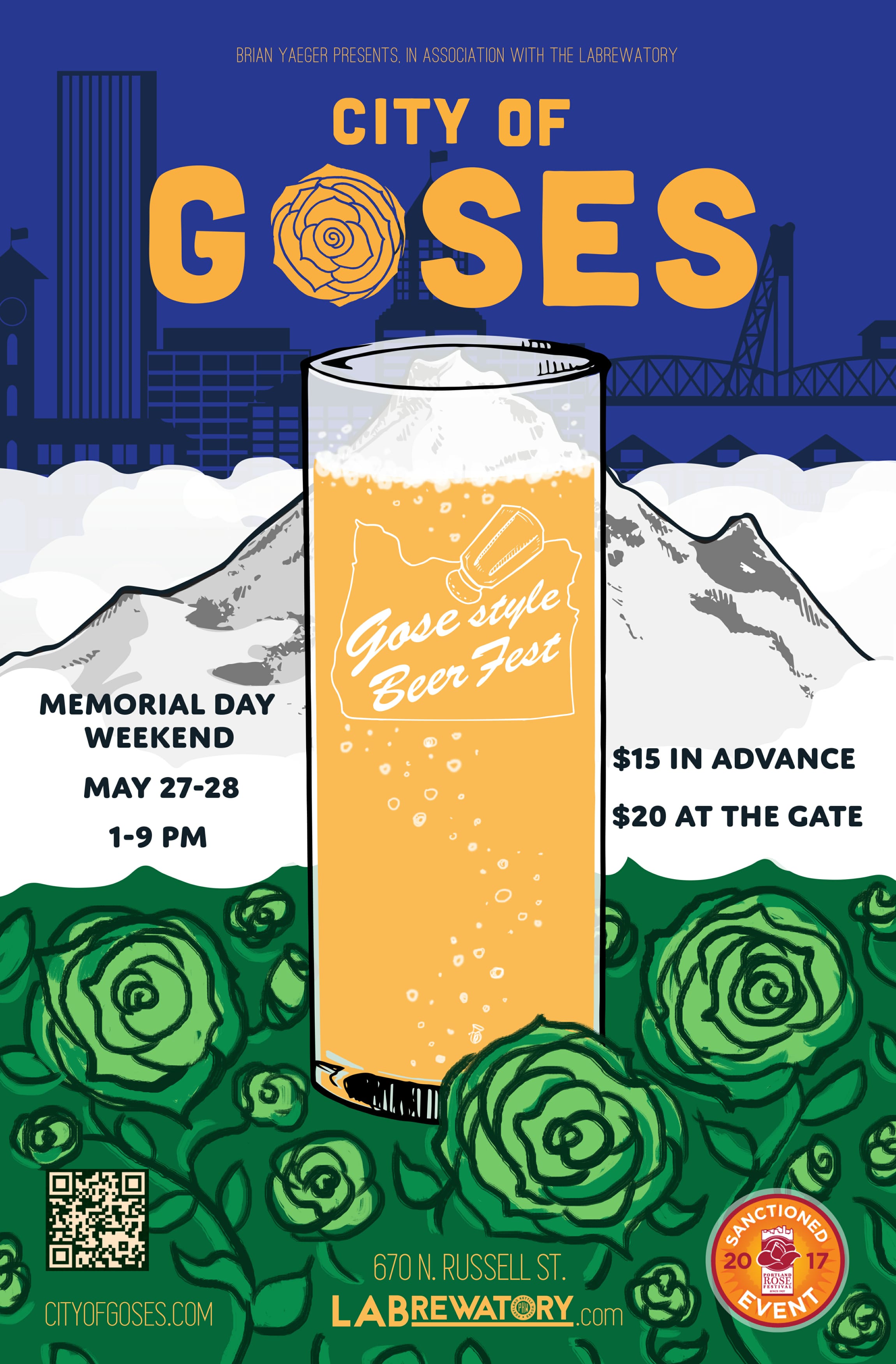 When the Portland Rose Festival returns next month there will be a new beer festival that’s an official sanctioned event for the long standing festival. Presented by Brian Yaeger, City of Goses will take place on Saturday, May 27 and Sunday, May 28. Held in North Portland at Labrewatory, this two-day festival will take place each day from 1:00 to 9:00pm conveniently located a few blocks from the Albina/Mississippi Max station.

So how did City of Goses come about? Here’s more from festival organizer, Brian Yeager…

Nearly one year ago, New Zealand native and Portland staple John Lovegrove texted pun-loving event-producer Brian Yaeger. The note read, “Brace yourself…The City of Goses…That totally has a Brian Yaeger Presents feel about it.” Yep. In a world where sour beers are increasingly sought after, lower-alcohol session ales have a foothold, and warmer weather always calls for the most refreshing beer, it’s no surprise today’s craft brewers are exploring gose (pronounced gose-uh). This wheat ale brewed with salt, coriander, and tart lactic acid originated between the 12th and 15th centuries in Goslar in Lower Saxony though it’s identified mostly with Leipzig in Saxony. Each participating brewery delivers a distinct spin via selected salts and additional ingredients.

Participating breweries include the following:

Advance tickets to City of Gose are now on-sale. Admission to City of Goses is $15.00 ($16.92 with fees) in advance or $20.00 at the door that includes a souvenir glass and six tasting tickets. Additional tasting tickets will be available for $1.00 each. With one exception, all beers will be one (1) ticket per four-ounce sample and four (4) tickets for a 14-ounce pour. Samples from the last keg available of Cascade Brewing’s 2010 Summer Gose, will be two (2) tickets and not available as a full pour. For those looking for a non-gose beer, Labrewatory will have a selection of house beers.

City of Goses is all-ages event. A portion of the proceeds will benefit Caldera, the Portland arts organization that serves as a catalyst for the transformation of underserved youth through art and environmental programs.