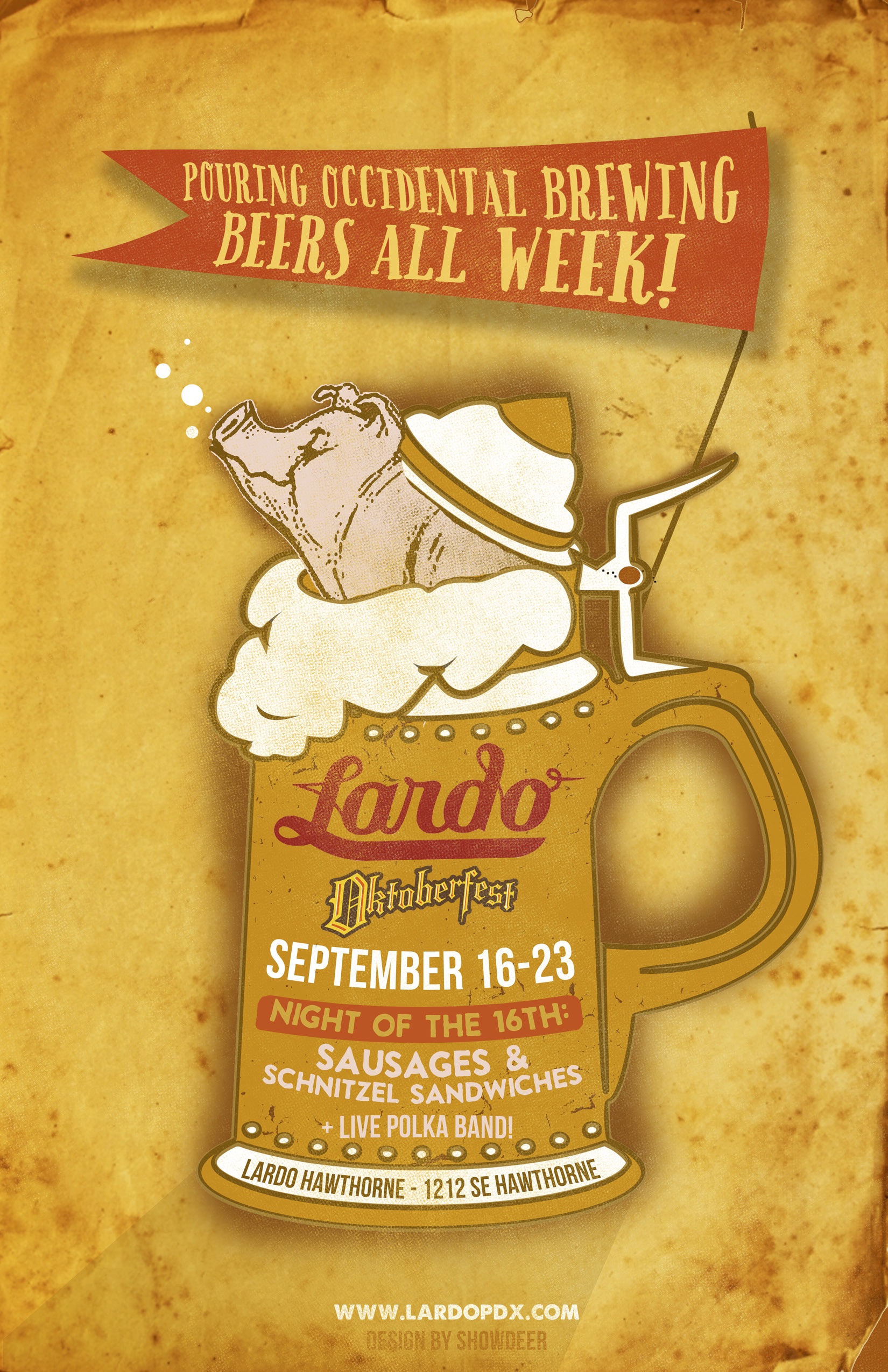 Lardo is back at it once again when it will turn its Southeast Portland location into an Occidental Brewing Pop Up Pub just in time for its week long Oktoberfest celebration. Beginning on Wednesday, September 16 and running through Wednesday, September 23, Lardo will host its Oktoberfest featuring Occidental Brewing beers on all 12 of its tap handles.

For its Oktoberfest celebration, Lardo will have a German Polka Band, schnitzel sandwiches off the cart, and four different sausages being served on the patio. All 12 of Lardo’s taphandles will be dedicated to Occidental beers for the entire week. Occidental has been putting kegs aside for a few months as well as releasing some harder to find beers for this Oktoberfest celebration.

Lardo will also be re-branding its SE Portland location as an Occidental Pub for the week selling the brewery’s merchandise along with the brewery’s staff hanging out and meeting the customers of Lardo. Prost!