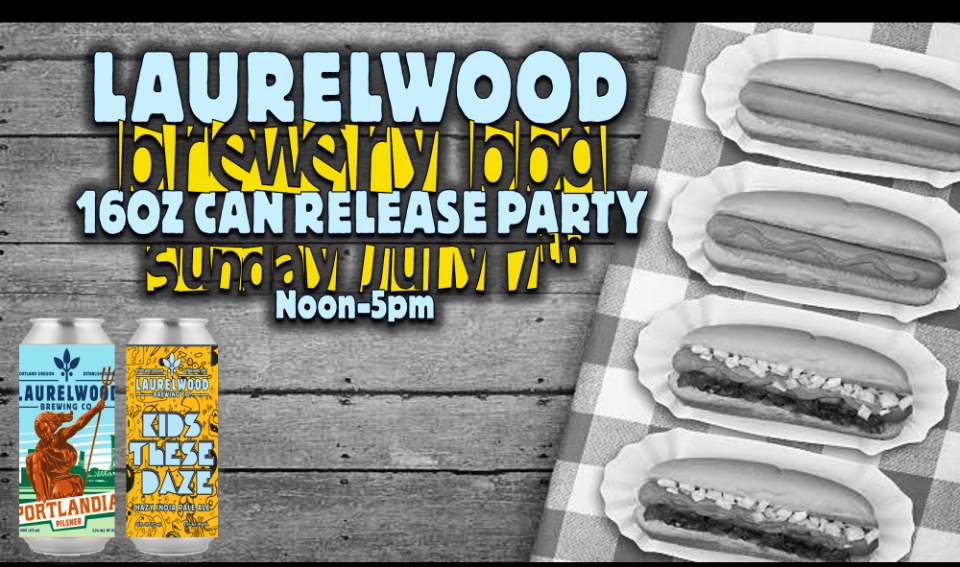 For the past few years Laurelwood Brewing has been offering its Workhorse IPA, Free Range Red and The Wood Lager in 12oz cans. Now the 18 year old Portland based brewer is adding two beers in larger 16oz cans as it adds Kids These Daze Hazy IPA and Portlandia Pilsner to this new package size.

To celebrate the release of both beers, Laurelwood Brewing will host Backyard BBQ in the Brewery that will be the official launch of these two new canned beers. Laurelwood will be serving up some low priced food, fun outdoor games, and music during this afternoon celebration that takes place on Sunday, July 7th from Noon-5:00pm.

And if you’re into trying a new burger, Laurelwood Brewing is part of the James Beard Blended Burger Project. This new featured burger for the month of July is a beer-braised NW wild mushroom and brisket burger. What’s included in this burger is Wood Lager braised morel, oyster and chanterelle mushrooms blended with fresh ground brisket, seared to perfection with arugula, sliced tomatoes, crispy onions, Tillamook white cheddar cheese and basil aioli on a toasted Kaiser bun. This burger is available at both pubs until July 31. After indulging in one, please vote for the burger as it is part of this new contest.