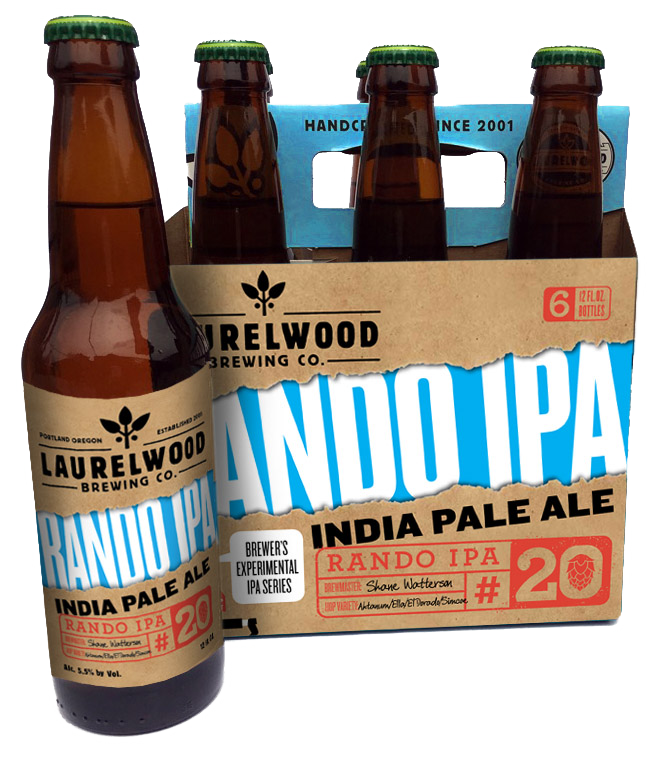 On the heels of the announcement that Ben Dobler is taking on the Director of Brewing Ops at Laurelwood Brewing, the longstanding Portland brewery has also released it latest seasonal, Rando IPA #20. This is the most recent release in Laurelwood’s two-year-old Rando IPA series. However this is the first one that has been added to a full on seasonal that is available in both 6 pack 12 oz. bottles and on draft through February 2017.

“The Rando IPA series is a fun way for our brewers to experiment with different hops and malts,” says James Buxman, Director of Marketing & Sales for Laurelwood Brewing Co. in a release. “IPAs from the series have always been a fan favorite and we’re excited to be able to offer this in retail locations.”

Rando IPA #20 uses a blend of hops to give nice floral, citrus, and tropical qualities with some spice. The malt profile lends to a mild, spicy wheat-like flavor with a hint of toasty caramel sweetness. This IPA is heavily focused on hop flavor and aroma with big dry hop additions that really shine with the light malt body. 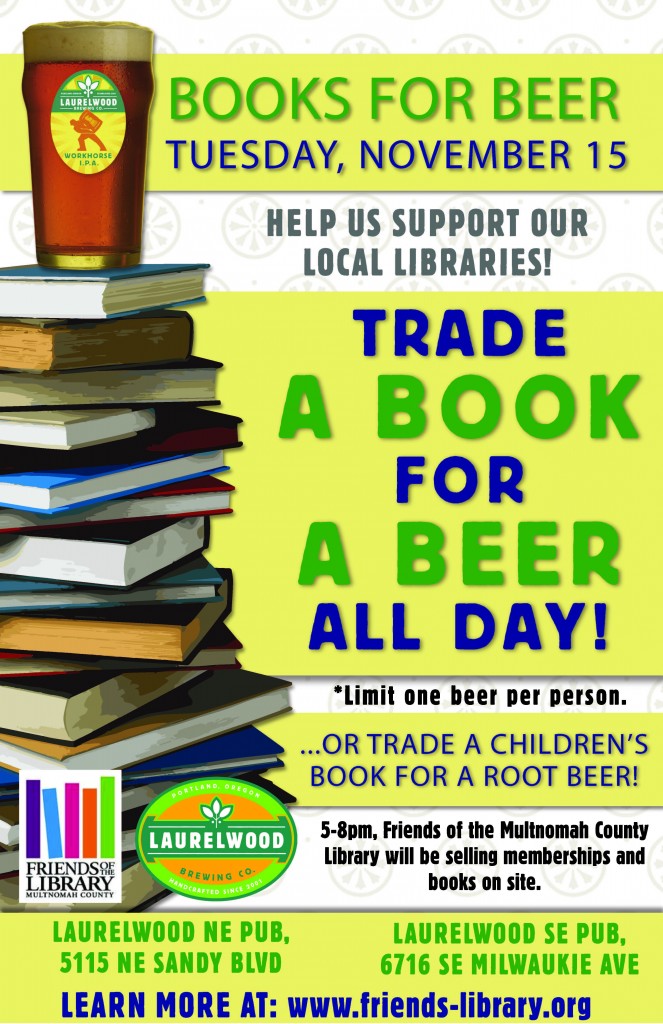 Today, Tuesday, November 15, Laurelwood Brewing will be hosting its annual Beer For Books. Taking place at both its Northeast and Southeast Portland pubs at 5115 NE Sandy Boulevard and 6716 SE Milwaukie Avenue. Its simple, bring in a book to donate to the Friends of the Multnomah Library and receive a free Laurelwood beer, only one free beer per person. And the kids can too get in on the giving by donating a children’s book for a free house made root beer.

Friends of the Multnomah County Library will be at both pubs from 5:00 to 8:00pm with books and memberships for to purchase. This is a great opportunity to clean your old bookshelves and support the local community!