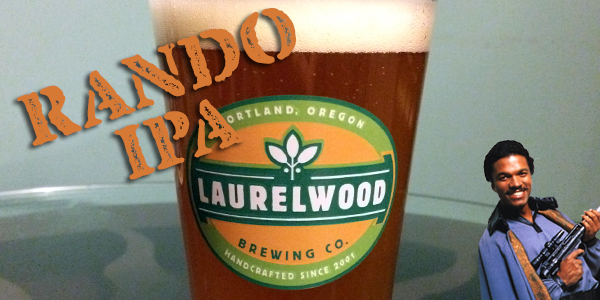 Laurelwood Brewing announces the return of its Rando IPA series with two new installments – Rando Calrissian and Push the Little Daisies. Both of these draft only IPA releases will be pouring at both of the Laurelwood pubs and at other craft beer outlets. Here is more info on each of the two new offerings.

Rando #2: Rando Calrissian (Return of the Rando)
Straight from the brewery, “Rando Calrissian doesn’t take kindly to slimy, double-crossing, no-good swindlers that take this beer to be anything other than exceptional. Please enjoy this beer before the Dark Side tries to take it away.” This American IPA is the second installment of our one-off Rando IPA series. Calrissian’s hop flavor is balanced with an abundance of malts and has a spicy-citrus taste, a slight peppery bite with grapefruit and mild rye flavors.

Rando #3: Push the Little Daisies
As the name implies, this Rando is floral in both flavors and aromas, due to a lineup of some more intense floral hops. We kept the malts simple, to allow this big beer’s hops really shine. This Rando IPA will be your springtime anthem!