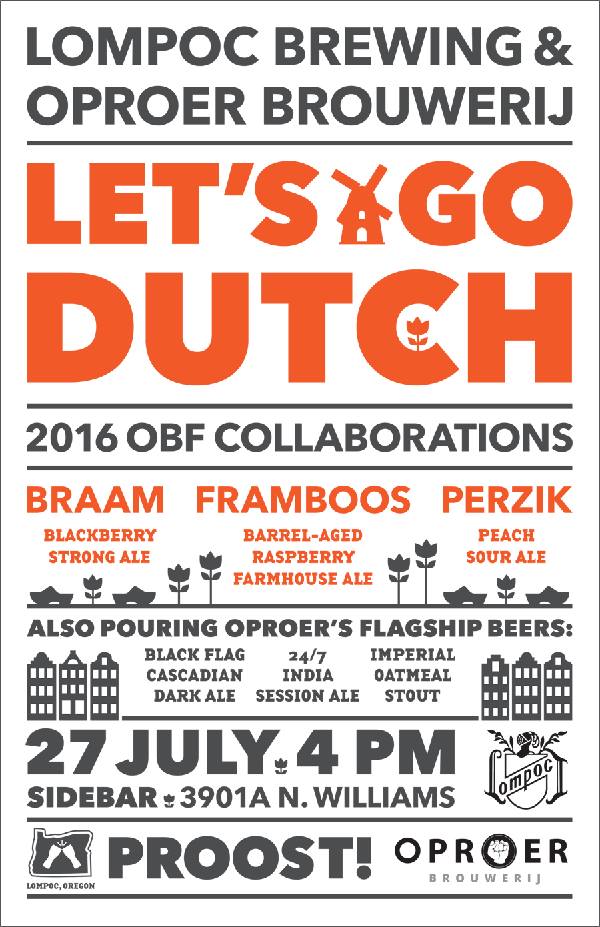 With the Oregon Brewers Festival in town this week there is one single foreign brewery participating in the 30th annual festival. Oproer Brouwerij from The Netherlands brewed a beer 24/7, an India Session Ale for the festival that sits at just 3.9% ABV and 74 IBUs.