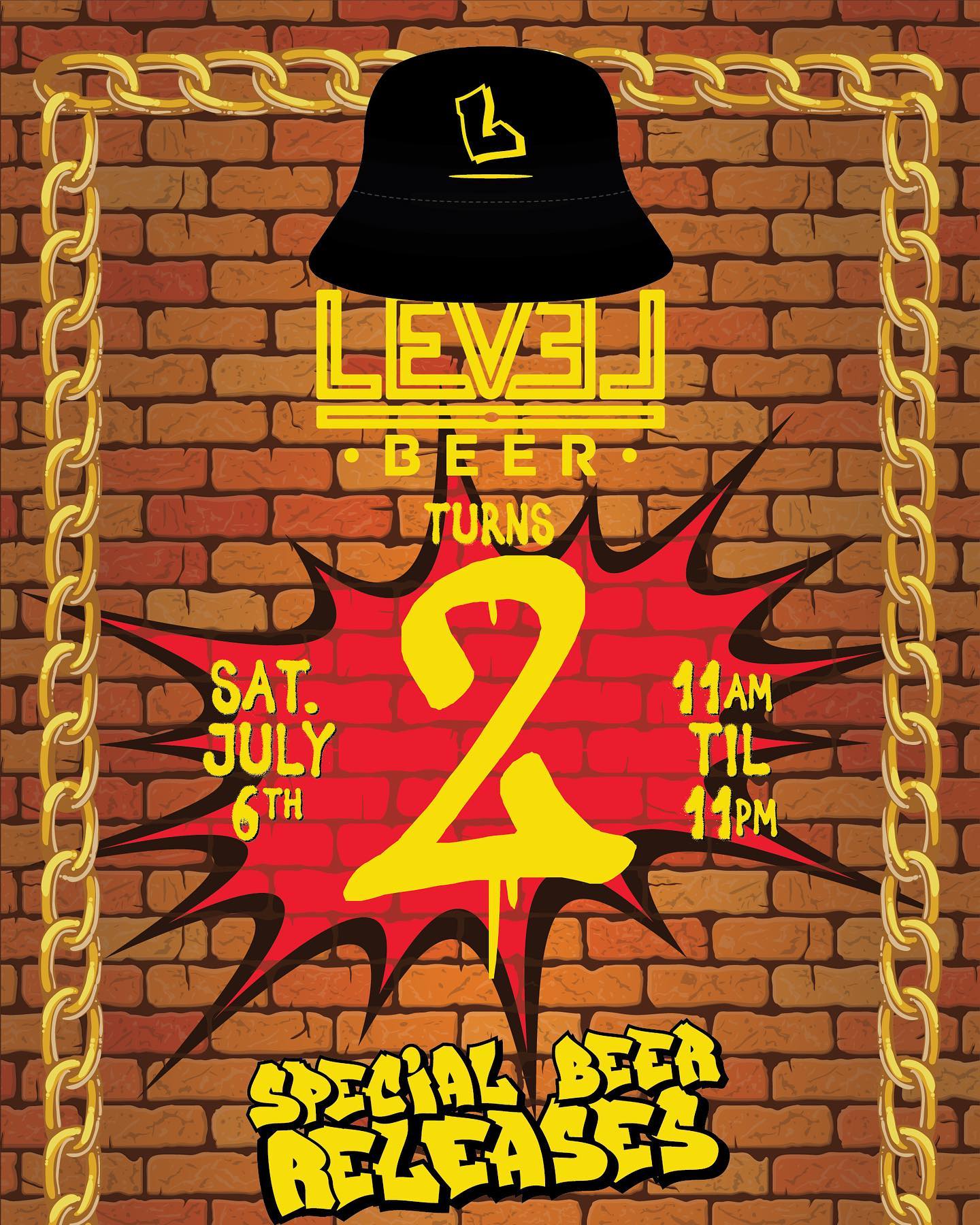 Get ready to party 80’s style when Level Beer celebrates its 2nd Anniversary on Saturday, July 6th. The brewery co-founded by Geoff Phillips, Shane Watterson, and Jason Barbee has made it past the two-year mark and are ready to celebrate all daylong on Saturday from 11:00am-11:00pm. Yes, that 12 hours to Level Up!

In addition to the two new beers, Level Beer will also be hosting a lot of fun activities for the entire family. Here are some things you can expect: