Being huge fans of President Donald Trump, Level Beer is back and is excited to bring us the follow up to last year’s Stable Genius Hazy IPA. On Tuesday, August 6th Level Beer will release Extremely Stable Genius Hazy Double IPA in 16oz cans. This version comes in at a bigly ABV and has even more hops!

The can’s label displays the respect and admiration that the brewery has for our country’s leader…I’ve negotiated a deal to bring you this amazing hazy beer. It’s so good. It might be my greatest achomlishment. AND it’s not going to cost you a thing! Mexico’s going to pay for it. Trust me. My brain is very, very large. I have the best words. Hamberders. I’m an EXTREMELY Stable Genius, OK? 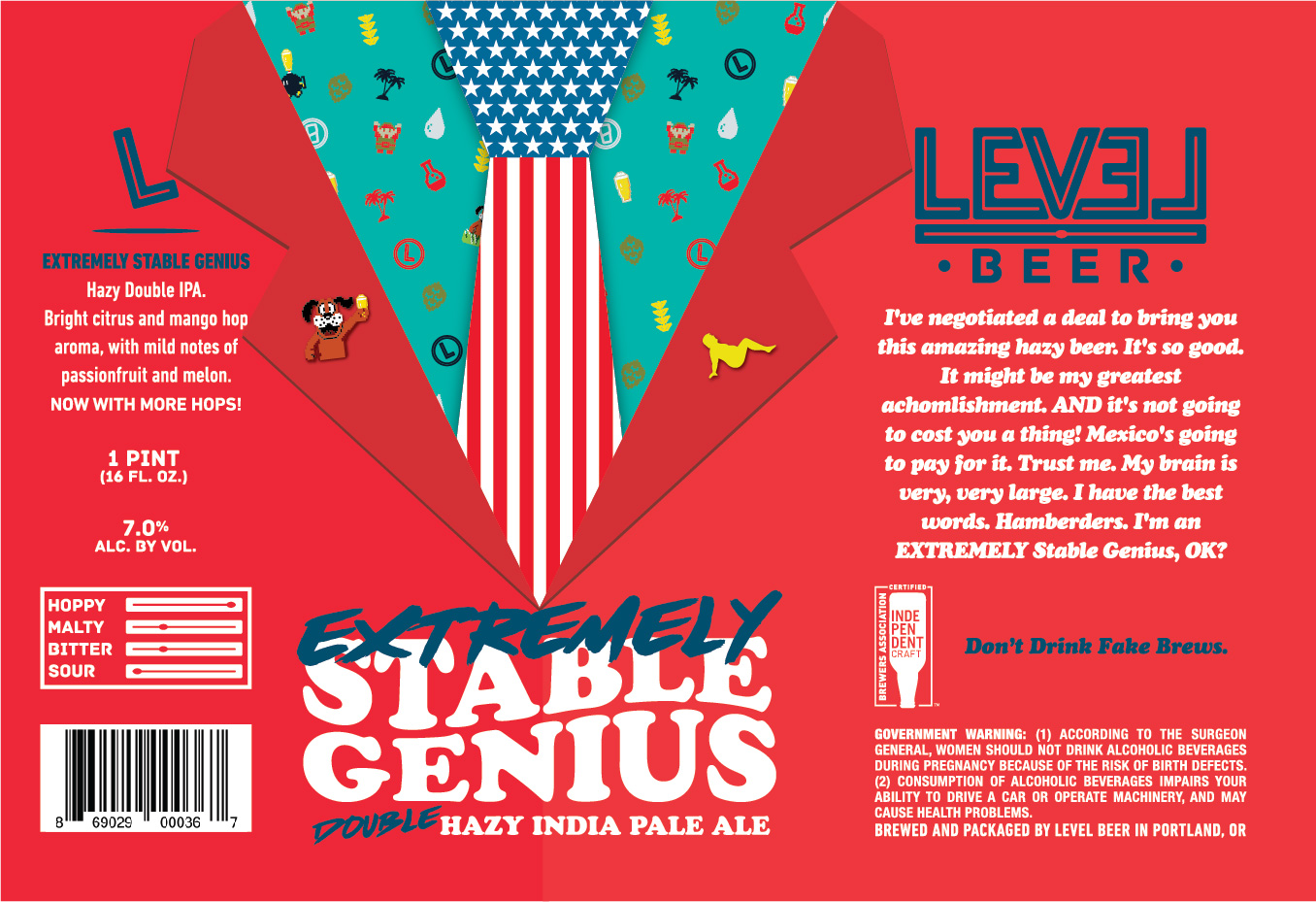