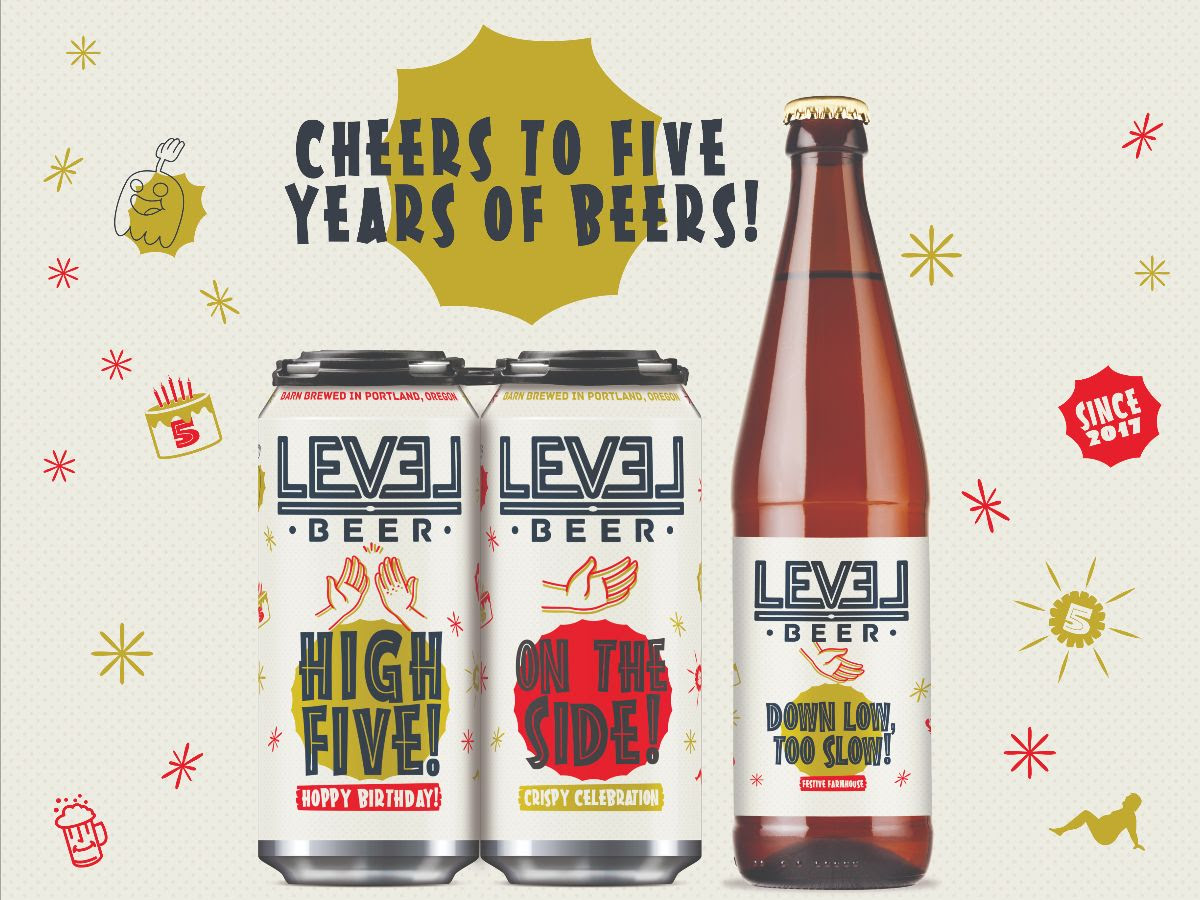 In a few weeks when the calendar flips over to July, Level Beer will celebrate its 5th Anniversary with a triple beer release and day of family friendly fun. On Saturday, July 2nd from 11:00-am – 10:00pm Level Beer will be hosting an anniversary party at Level One!

The triple beer release will feature High Five West Coast IPA, On the Side German Pilsner, and Down Low, Too Slow Saison.

Here are descriptions on all three forthcoming beers that’ll be on tap packaged to take home.