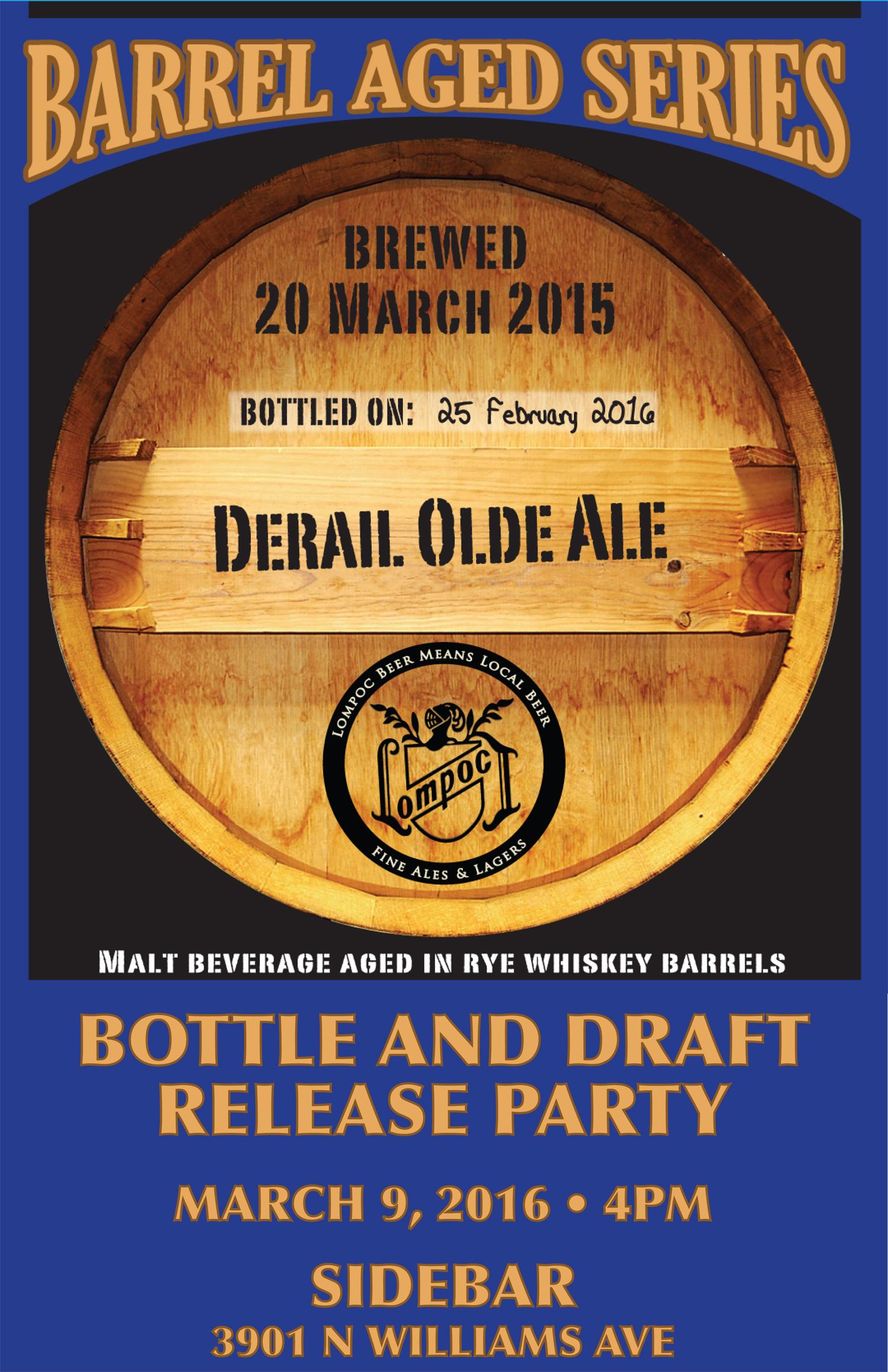 Over the next two weeks Lompoc Brewing will be hosting a special bottle release for Barrel Aged Derail Olde Ale on March 9 and will usher in the return on Night of the Living Red an evening of red ales on March 16. Both events will take place at Sidebar, just around the corner from the Fifth Quadrant Brewpub on North Williams. 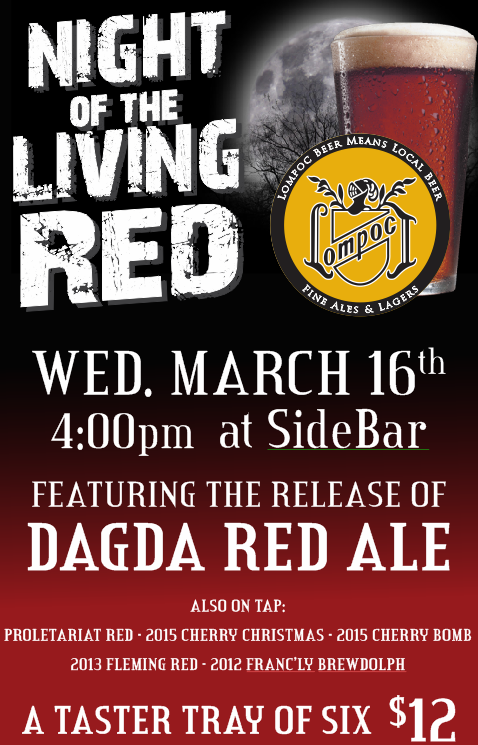 Here’s the beer list for Night of the Living Red along with descriptions provided by Lompoc.

Dagda: Lompoc’s St. Patrick’s Day seasonal is a Pan-Gaelic Red Ale that features a malty body with caramel flavors, a touch of smoke and a tart finish. 5.5% ABV

2015 Cherry Christmas: This red ale was aged for two years in Maryhill Winery Merlot barrels on 45 pounds of sour cherries. It has a malty body, a strong oak aroma and hints of cherries and finishes. 6.2% ABV

2015 Cherry Bomb Smoked Red Ale: Brewed for International Women’s Collaboration Brew Day, this was brewed with women brewers from Burnside, 10 Barrel, Heater Allen and Crosby Hop Farm. This red ale is crimson in color with a strong smoked flavor and aroma. Cherry smoked malt was used in the mash and in-house smoked dried cherries were added to the bright tank. There is a mild hop profile. 3.7% ABV

2013 Fleming Red Ale: Named in honor of former Lompoc brewer Dave Fleming, this is a blend of four different beers: Lompoc Wheat Wine, Stout Out Loud, Proletariat Red and a red ale aged in Heaven Hill Bourbon barrels for 10 months. The resulting beer has a strong sour nose, a malty body with hints of raisins and oak, and finishes with a sharp sourness. 6.6% ABV

2012 Franc’ly Brewdolph: This Belgian style red ale was aged in Maryhill Winery Cabernet Franc barrels for 10 months and then blended with the non-barrel aged version of the same beer. It has an oaky aroma with a mild fruitiness and a spicy clove flavor. 7.7% ABV