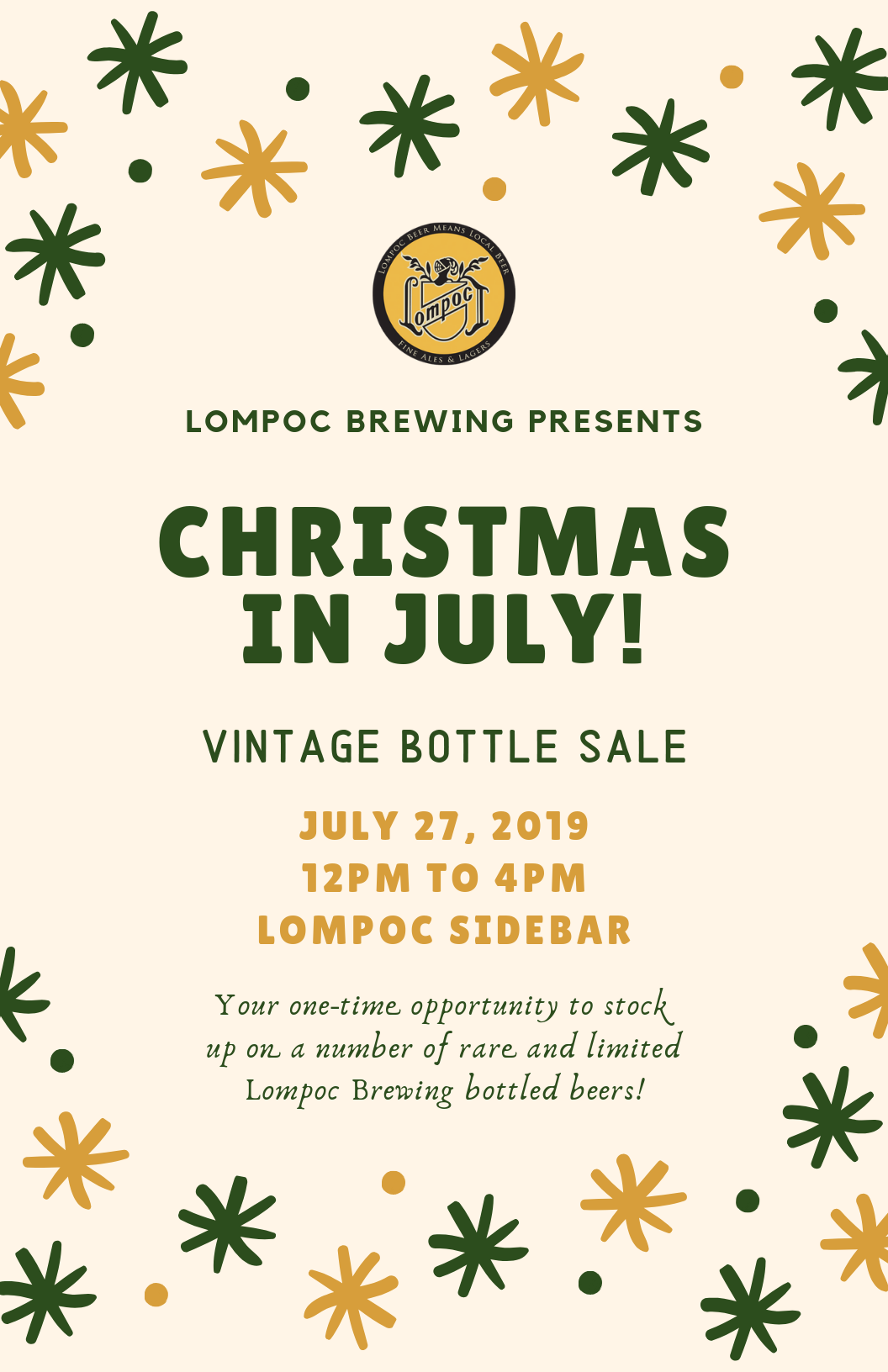 Bottles dating back ten years to 2009 will be part of Lompoc Brewing upcoming Vintage Bottle Sale. Marketed as Christmas in July, Lompoc will host a one-day only vintage bottle sale on Saturday, July 27th from Noon-4:00pm at its Sidebar location.

“We’ve done our bi-annual cleaning of the library, and decided to make some of our rarer bottles available to our customers during the Saturday of the Oregon Brewers Festival week,” said Jerry Fechter, Lompoc owner in a statement. “This event gives Lompoc fans the opportunity to pick up some vintage bottles, while allowing us to free up much needed space in our cellar.”