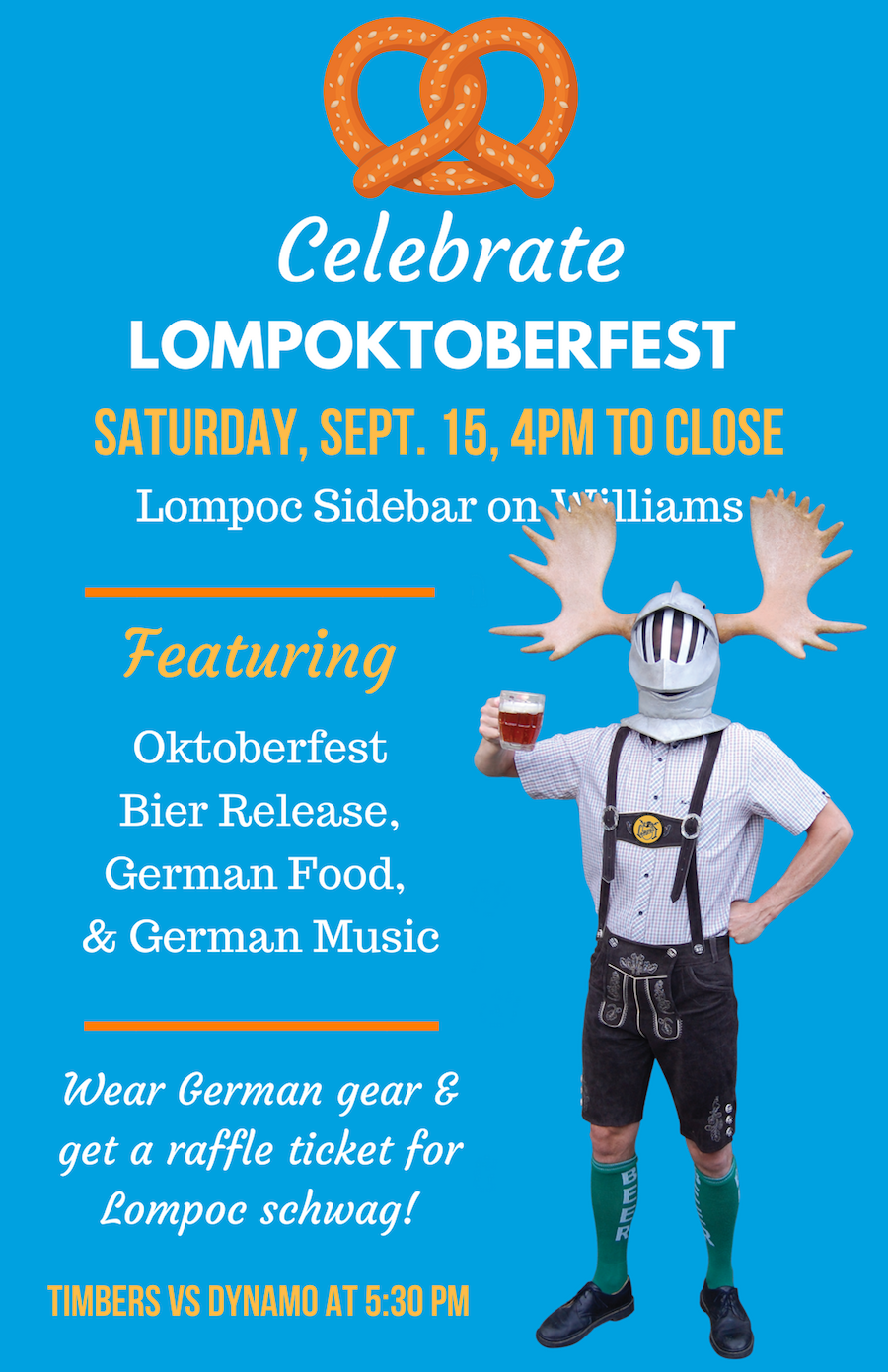 Get out your lederhosen and dirndls and head to Lompoc Siderbar for its Lompoktoberfest on Saturday, September 15, 2018. This tribute to Oktoberfest, but with a Lompoc twist will take place beginning at 4:00pm.

Lompoktobefest will celebrate the release of Lompoc Oktoberfest, a German style lager that is described as offering a clean malt flavor balanced by a touch of Perle hops. Also of note, a portion of the grain used in the beer was roasted in the oven at Lompoc’s Fifth Quadrant, lending a slight biscuit flavor. It comes in at 5% ABV.

Also on the docket will be traditional German music on the stereo, German-themed food specials, and anyone sporting traditional German gear will receive a raffle ticket for a drawing of Lompoc schwag throughout the evening. The pub will also be showing the Houston Dynamo vs. Portland Timbers match starting at 5:30pm.