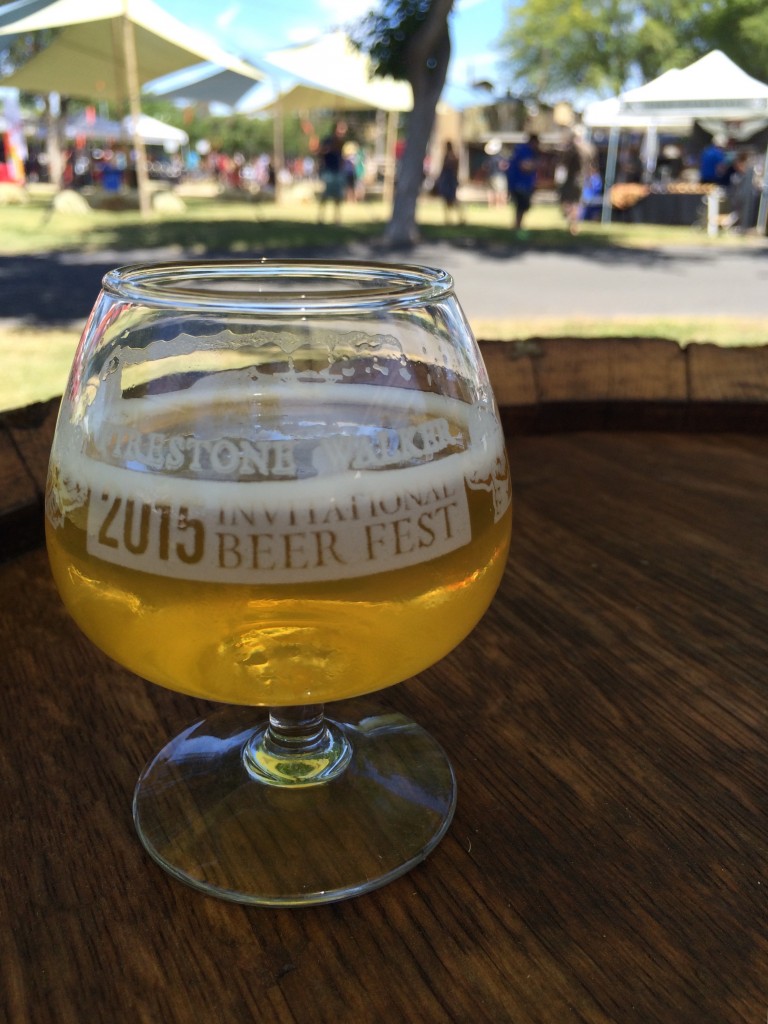 With more and more beer festivals joining the beer circuit every year it’s an uphill battle to make each festival unique and appealing. Across the country there are a few that have met this challenge and have strong notoriety and consistently push the envelope. One such fest is the Firestone Walker Invitational Beer Fest. Held each year in the brewery’s hometown of Paso Robles, California this is one of the hottest beer festivals in the country. Tickets sell out within minutes and the beer offerings put forth are simply amazing.

This past weekend Firestone Walker Brewing hosted its 4th Annual Firestone Walker Invitational Beer Fest (FWIBF). After attending this well organized festival for the past two years it’s difficult to imagine a better quality beer festival in all of the United States. It is definitely up there with the annual Festival of Wood and Barrel Aged Beers held in Chicago, Illinois along with the granddaddy of them all, the Great American Beer Festival held in Denver, Colorado.

What sets the FWIBF apart from the others is that the festival was truly designed for both the craft beer fan and craft brewer in mind. The brainchild of famed Firestone Walker Brewmaster, Matt Brynildson, he surely knows how to bring in the cream of the crop in all of craft beer.

“The Firestone Walker Invitational Beer Fest was born from a dream of creating a world-class festival featuring not only the best brewers in the world, but brewers whom we feel are leaders in the craft beer revolution,” says Brynildson. “This is a day where we can all put down our sales and marketing pitches and simply commune and share our beers and stories with people who are truly interested in craft beer.”

So what makes the FWIBF so special? It’s more than just the 50 world-renowned breweries that are in attendance, it’s the high quality beer that all of these breweries tend to showcase during the fest. Brynildson has a solid network of friends in the brewing industry to pull from and this he does this oh so well. Its pretty rare to see the founder of Russian River Brewing, Vinnie Cilurzo, pouring jeroboams of 6 year old Temptation to the delight of attendees that just happened to be at the right location at the right time.

Another highlight of the FWIBF is that one of the main requirements is that a brewer is required to be in a booth pouring its beers throughout the festival. This is rare to see here in Oregon as most fests here rely on volunteers. Its great to see that the person pouring your beer is educated on what is being poured into your glass.

Beyond this its great that this all inclusive fest also features some of the 20+ top Central Coast restaurants and live music from acts such the Small Kicks and Jackie Greene. Plus the event is a fundraiser for the Paso Robles Pioneer Day Committee.  This group is dedicated to the preservation of the unique history and culture of Paso Robles with 100 percent of the net proceeds going to Pioneer Day. This festival is also a great opportunity to show people from across the United States and around the world what Robles and all that the Central Coast has to offer.

Some of the top beers tasted this year include:

With well over 175 different beers pouring, all top-notch beers I beg anyone that attended to find a bad beer in the bunch.

Video Showing the General Admission Entry at the FWIBF