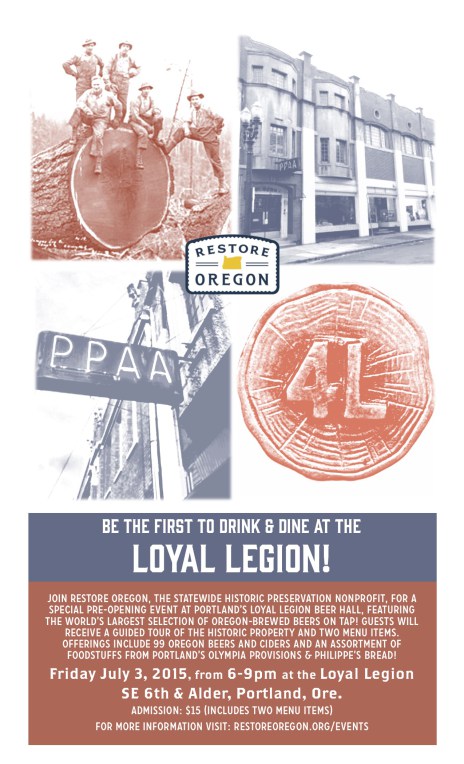 For the past few months the latest endeavor from Kurt Huffman has been garnering a lot of press. Back in early January The Oregonian broke the news that Huffman’s ChefStable was set to refurbish the former Portland Police Athletic Association into a new upscale beer hall that will serve 99 Oregon only brewed beers.

Loyal Legion Beer Hall is set to open its doors to the public this month. However if you’re interested in a sneak peek, Restore Oregon is hosting a preview on Thursday, July 9th that is open to the public from 6:00 to 9:00pm.

Tickets are now on sale for $15.00 each for the special pre-opening event at the Loyal Legion Beer Hall in Portland’s Central Eastside, featuring 99 taps of exclusively Oregon-brewed beer and cider. There will also be delicious snacks from Olympia Provisions and Philippe’s Bread. Guests will receive guided tours of the newly rehabbed historic Odd Fellows Lodge that houses the beer hall on the ground floor, as well as the former Portland Police Athletic Association space upstairs, which is in the final stages of redevelopment into a special event venue. 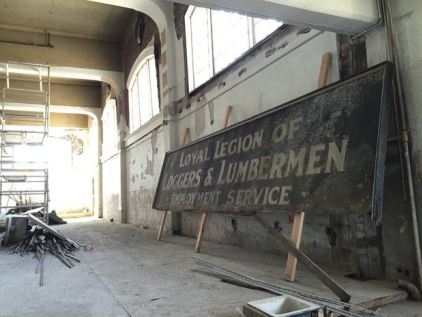 The beer hall is named for the Loyal Legion of Loggers & Lumbermen, a patriotic “company union” founded by the War Department during World War I to meet wartime timber demands. The organization’s constitution was drafted in Portland, and its first local chapter was founded in Oregon. At its peak, the “Four L” counted nearly 100,000 civilian members, and was instrumental in the adoption of the 8-hour work day.

Admission is $15.00 and includes two menu items of beer and/or food. Space is limited so purchase your tickets now. Participants must be 21 or older. Tickets are on sale now by clicking here.