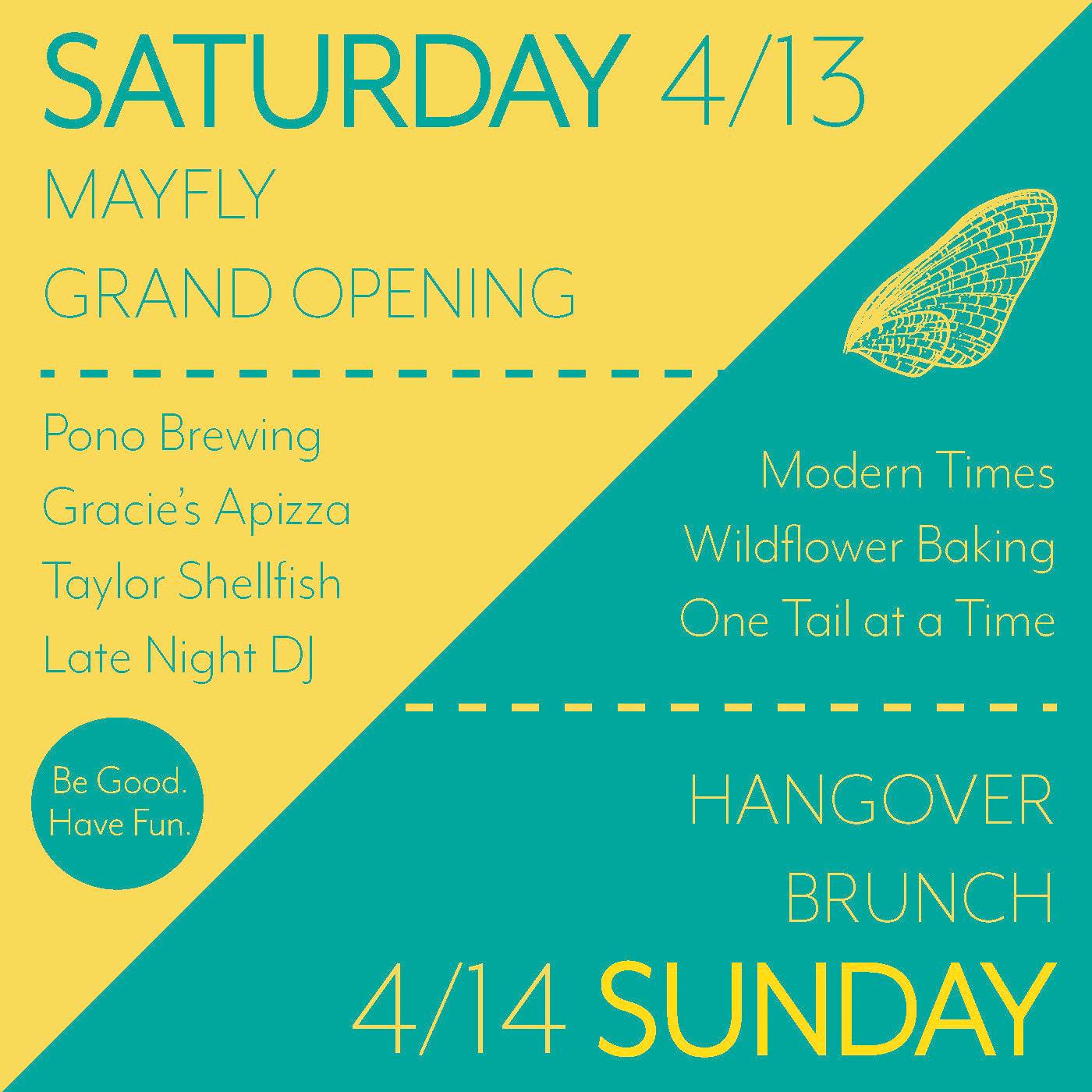 Mayfly Taproom & Bottle Shop celebrates its Grand Opening this weekend that kicks off today, Saturday, April 13th and continues through Sunday. Festivities will begin on Saturday around 2:00pm and will last through the evening of Sunday, April 14th.

On Saturday Pono Brewing will at Mayfly as the brewery releases Uncle Owen’s Tattoine Farmhouse. Pono will also have its Oyster Pils on draft that will be paired up with oysters are from Taylor Shellfish. Erick from Pono Brewing will be shucking oysters.

To satisfy your hunger, Gracies Apizza will be slinging pie’s and chocolate sorbet unitl the evening. Then from 8:00-10:00, Green Rabbet Construction will be DJ’ing.

But the fun doesn’t end on Saturday. Day two of the Grand Opening kicks in on Sunday featuring Pup and Pastries with Modern Times Beer. Wildflower Baking will be supplying some pastries as Modern Times will be sampling their Cold Brew. Plus, Mayfly Taproom will have coffee beers on from Modern Times along with a couple other breweries.

Prince Coffee is providing dog bone shaped Stroopwaffels and hot coffee. One Tail at a Time will be at Mayfly with adoptable dogs.  As always $1/pour of the Stroop Dogg will go to their organization.