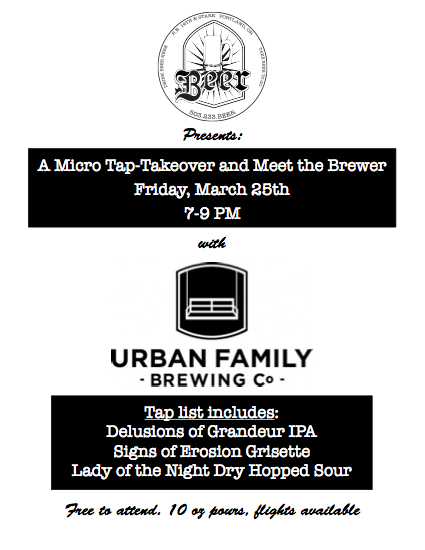 The latest Seattle, Washington based brewery to enter Portland is Urban Family Brewing. Located in the Magnolia neighborhood, Urban Family Brewing puts an emphasis on producing beers that are yeast centric and are inspired by beers from French and Belgian farmhouses.

On Friday, March 25th from 7:00 to 9:00pm Urban Family Brewing will be at Beer on SE Stark for a Meet the Brewer event. During this time there will be three Urban Family Brewing beers on tap that includes Delusions of Grandeur IPA, Signs of Erosion Grisette, and Lady of the Night Dry Hopped Sour. There will also be on of its beers available by the bottle but this selection is yet to be determined.

Below are brief descriptions on each of the beers that will be on tap from Urban Family Brewing . 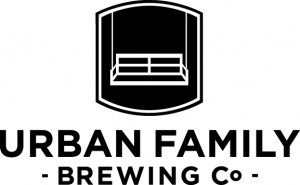