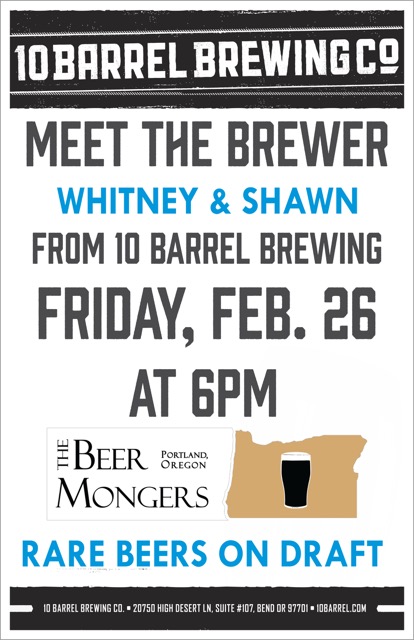 Tonight join The BeerMongers as they welcome 10 Barrel Brewing and its two brewpubs from Boise, Idaho and Portland, Oregon. The Mongers love good beer, and that’s what they’ll be pouring tonight. Both Shawn “Big Hop Brewer” Kelso will be in town from 10 Barrel Brewing Boise and Whitney Burnside from 10 Barrel Pearl for the event.

The beers that will be pouring from 10 Barrel are ones that rarely leave the respective pubs.