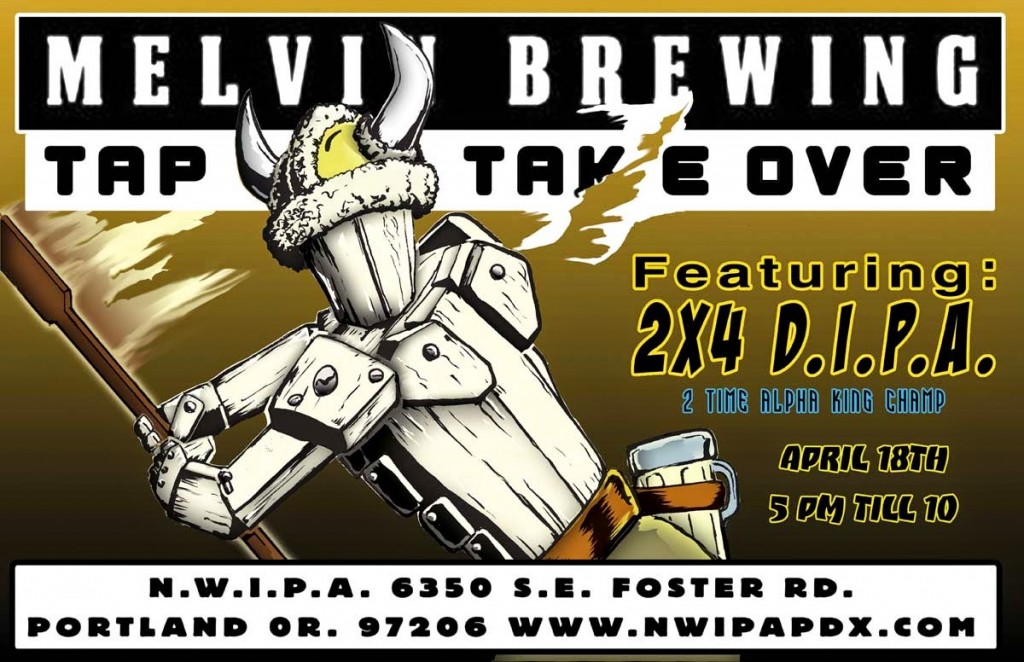 For fans of craft beer its a great thing to have your hometown host the Craft Brewers Conference. Though the event itself is an industry only event, everyone wins when so many beers that normally don’t distribute here in Oregon will be available here under special temporary distribution rights to be part of the many beer events that will take place throughout the conference.

Another event that caught our eye is from the folks at N.W.I.P.A. and they’re hosting of Melvin Brewing the day after the CBC wraps up. On Saturday, April 18th, from 5:00 to 10:00pm N.W.I.P.A. welcomes the highly regarded brewery from Jackson, WY.

Wyatt has been know to pour “The Cream of the Crop” and he will be doing just that when Melvin Brewing takes over his taps. They will be taking over all six taps, including 2X4 Double IPA. 2X4 is a two time Hopunion Alpha King winner, 2014 World Beer Cup Gold and 2012 GABF Gold medal winner! Quite the lineup.