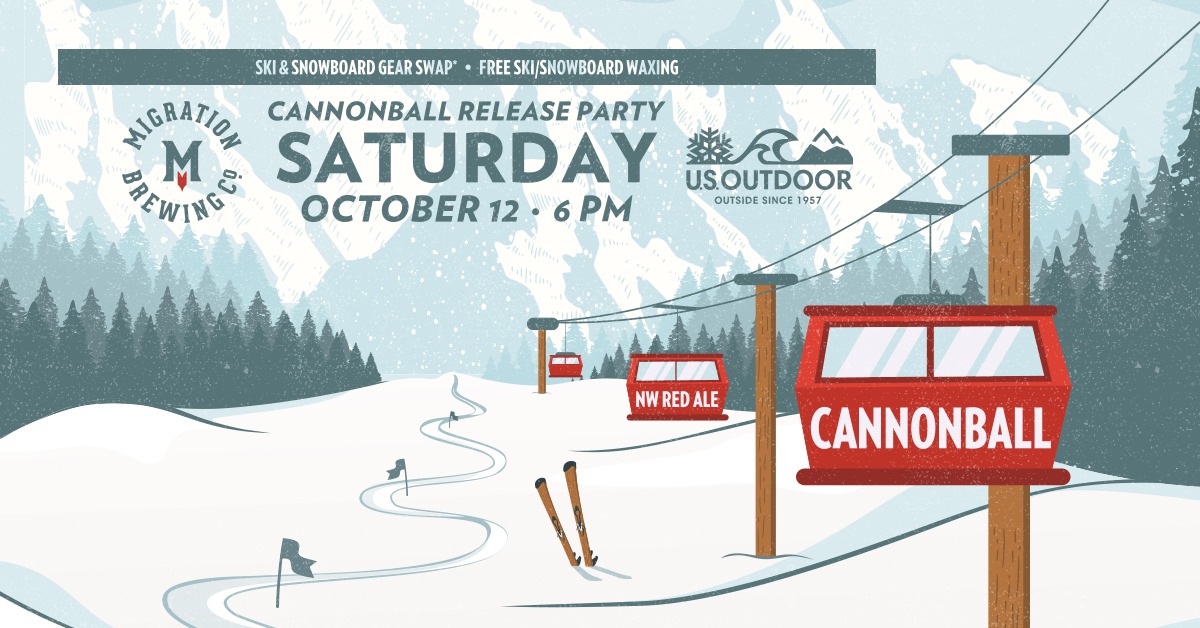 For the beer release, Migration partners with US Outdoor Store for an evening of prepping for the upcoming winter season on the mountain. The Cannonball NW Red Ale Release will take place from 6:00-11:00pm and will be filled with outdoor gear swap, free ski and snowboard waxing and plenty of Cannonball NW Red on tap!