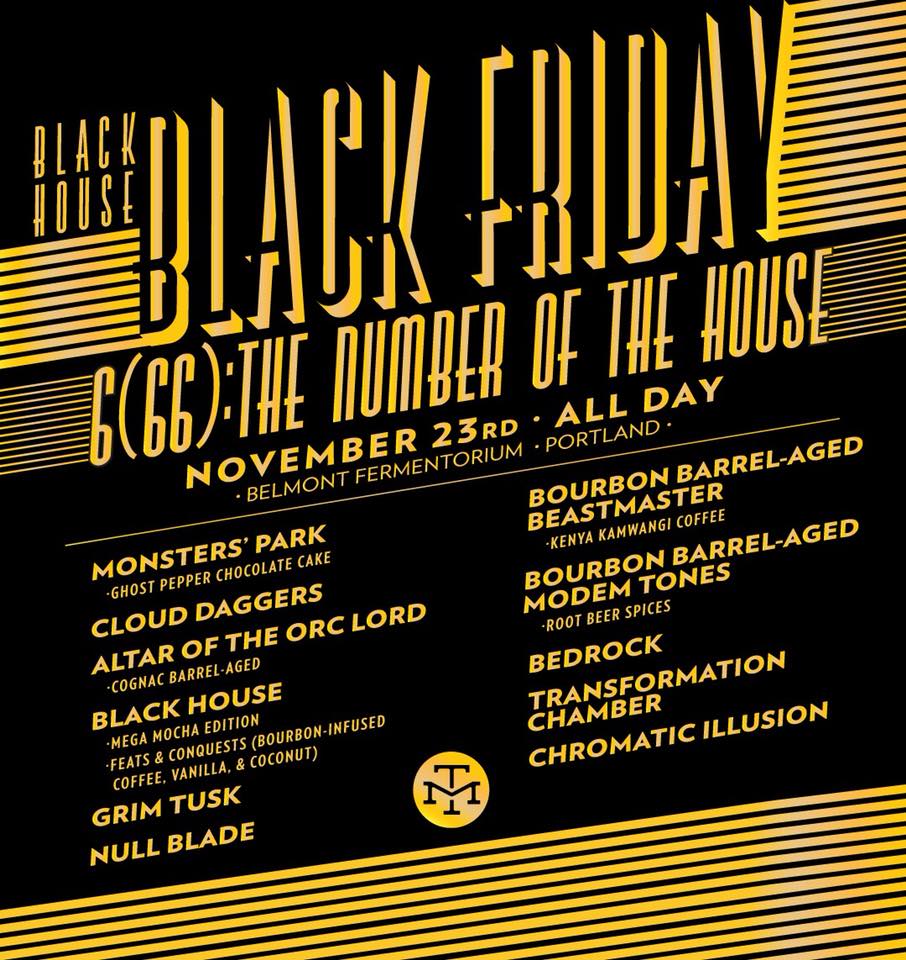 With Black Friday quickly approaching it brings with it a handful of beer events that feature various beers that are on the dark side of the spectrum. Modern Times Belmont Fermentorium will host Black House Black Friday 6(66): The Number Of The House on Friday, November 23rd from 11:00am-10:00pm.

There’s no cover to enter Modern Times Belmont Fermentorium Black House Black Friday 6(66): The Number Of The House. Just pay as you go for the beers ordered!