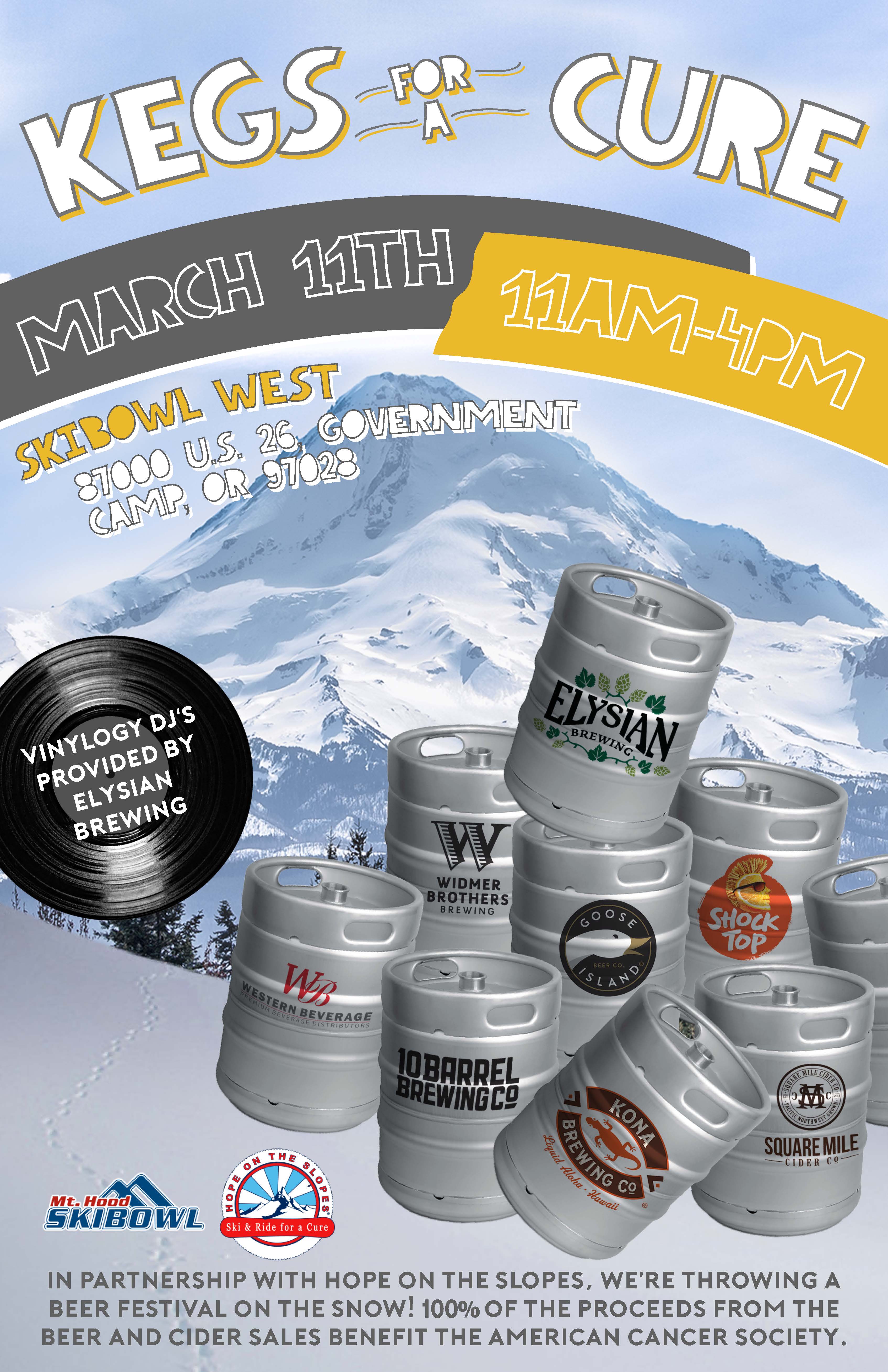 Hit the slopes at Mt. Hood Skibowl and raise money for the American Cancer Society during Kegs For A Cure. On Saturday, March 11th from 11:00am until 4:00pm Kegs For A Cure will be supporting cancer research from the sales of beers from 10 Barrel Brewing, Kona Brewing, Elysian Brewing, Widmer Brothers Brewing, Goose Island Brewing, Shock Top Brewing, Square Mile Cider Co., and more.

Western Beverage Company has partnered with Hope on the Slopes for this daylong event at Skibowl West. All the proceeds from beer sales will be donated to the Amercan Cancer Society to help find a cure for Cancer. Help us work towards eradicating this terrible disease and have some good beer at the same time!

DJ Vinylogy, provided by Elysian Brewing, will be spinning tunes all day as well.