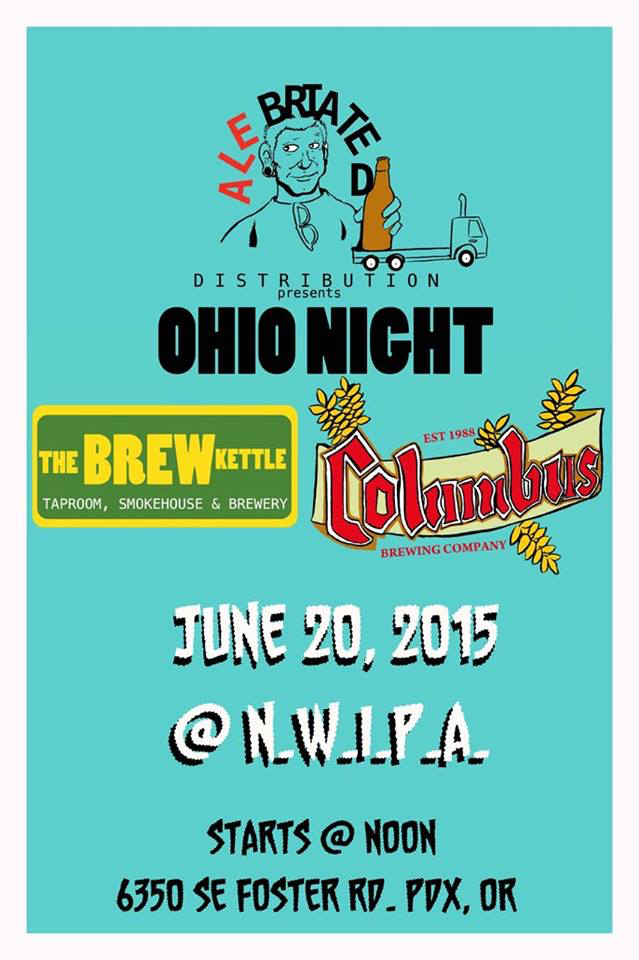 Just in time for the closing weekend of PDX Beer Week, Dan and Jackson at N.W.I.P.A. have put together a special event featuring two highly regarded breweries from the Ohio craft beer scene. N.W.I.P.A. will be bringing in The Brew Kettle and Columbus Brewing for a special Ohio Night (and Day) on Saturday, June 20th from Noon to 10:00pm.

With the assistance from Bake Baker at Alebriated Distribution these beers from Ohio were able to make their way to Portland. It also should not go without mentioning that Michael Hunsaker from Fat Head’s Brewery here in Portland worked some magic to get these breweries beers here to Portland.

If you’re not familiar with The Brew Kettle and Columbus Brewing both of these breweries have earned some mad respect in the craft beer world. Both breweries Double IPAs are world-renowned. The Brew Kettle’s El Lupulo Libre was the 2014 National Imperial IPA Champ and Columbus’ Bodhi won bronze at GABF last year! There will be four beers from each brewery pouring of hoppy delights that you will not want to miss. All beers will be $6.00 served in either a 16 oz. or 12 oz. serving.

The taplist for the evening will feature the following.

When it comes to IPAs, one premiere destination here in Portland is N.W.I.P.A. This will be an excellent opportunity to sample some Midwest beers from Ohio that rarely see any exposure here on the West Coast.