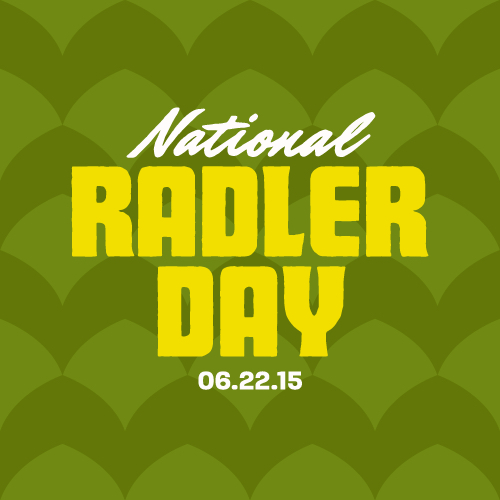 Spearheaded by Portland, Oregon’s Hopworks Urban Brewery, National Radler Day will celebrate its inaugural year on June 22nd, which also happens to be one of the longest days of the year. HUB decided that June 22ndd is the perfect day to drink one of the most thirst quenching and easy drinking beer style around, Radlers are the ultimate playful and sessionable drink to kick off the summer.

HUB is asking breweries around the country to participate in National Radler Day by making a big deal about the Radlers they serve. If you don’t currently have one available, a Radler is simply made with (give or take) 50% Lager and 50% lemon or grapefruit soda. Serve up Radler at your bar/brewery while the summer sun scorches your patrons, ask your fans to use your beer to create their own Radlers at home, and make Radler Day fun for all.

The date of June 22nd was chosen as it’s the day that commemorates the legend of Radler. Radler is German for “cyclist,” and the story goes that in June of 1922 the owner of the Kugleralm Alm pub in Germany was visited by thousands of cyclists on a new bike trail that led directly to his venue. The publican didn’t have enough beer for all the cyclists so he mixed a 50/50 concoction of Lager and Lemon Juice, and Radler was born. The history may be a little shaky, but Radler is here nonetheless and we are all better for it! 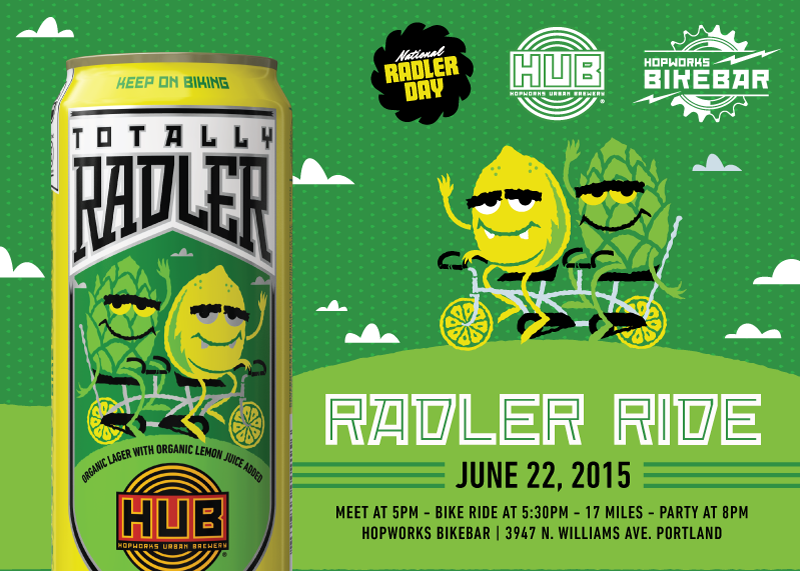 This will also be the day that HUB will celebrate the release of its new year-round offereing of Totally Radler in both 16 oz. cans and 13.2 gallon kegs. Totally Radler is a 50/50 blend of Hopworks’ award-winning Organic HUB Lager and organic lemon soda. The refreshing and thirst-quenching lemon soda complements HUB Lager’s delicate honey flavors and herbal hop aroma while maintaining it’s crisp malt backbone. At just 2.6% ABV, Totally Radler is a low-alcohol drink that keeps you cool.

The release of Organic Totally Radler in cans is celebrated with the Radler Ride on June 22nd, which is also National Radler Day. Radler Ride is a seventeen mile bike ride that begins and ends at Hopworks BikeBar, at 3947 N. Williams Ave. in Portland. Cyclists will meet at BikeBar at 5:00pm and ride away at 5:30. At 6:30 cyclists stop at the Portland International Raceway to sample Totally Radler and enjoy Short Track mountain bike racing before heading back to BikeBar for a Totally Radler party.