Celebrating its 10th anniversary this year, Reuben’s Brews will be taking over a handful of taps this evening at Nebulous Taproom at the Beaverton Town Square in Beaverton, Oregon.

This year is a notable one for the Seattle craft brewer as it celebrates ten years in brewing. To help kick this celebratory year in high gear, Nebulous Taproom will host Reuben’s Brews Feature on Thursday, February 24th beginning at 5:00pm.

The evening’s lineup of Reuben’s Brews looks very promising. There will be everything from a limited barrel-aged beer offering to an Imperial IPA, Hazy IPA, and even a Triple Hazy IPA. Of course there will be a few staples including Reuben’s Pilsner and Bits and Bobs all on draft. 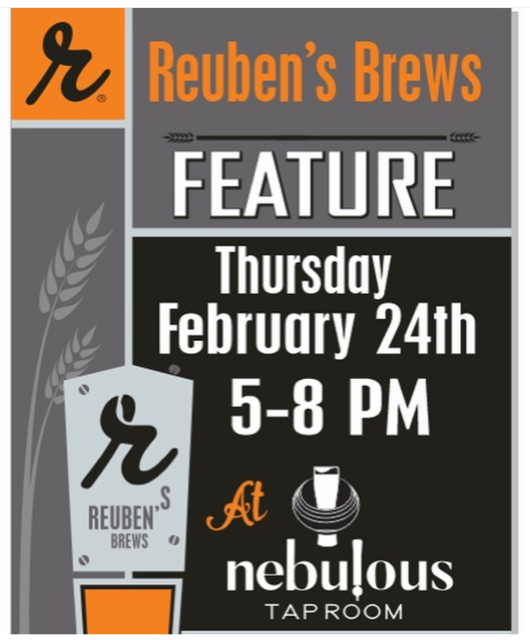 In March, Nebulous Taproom will host the Last of the Dark Days, March Madness, Breakside, Fort George and more!