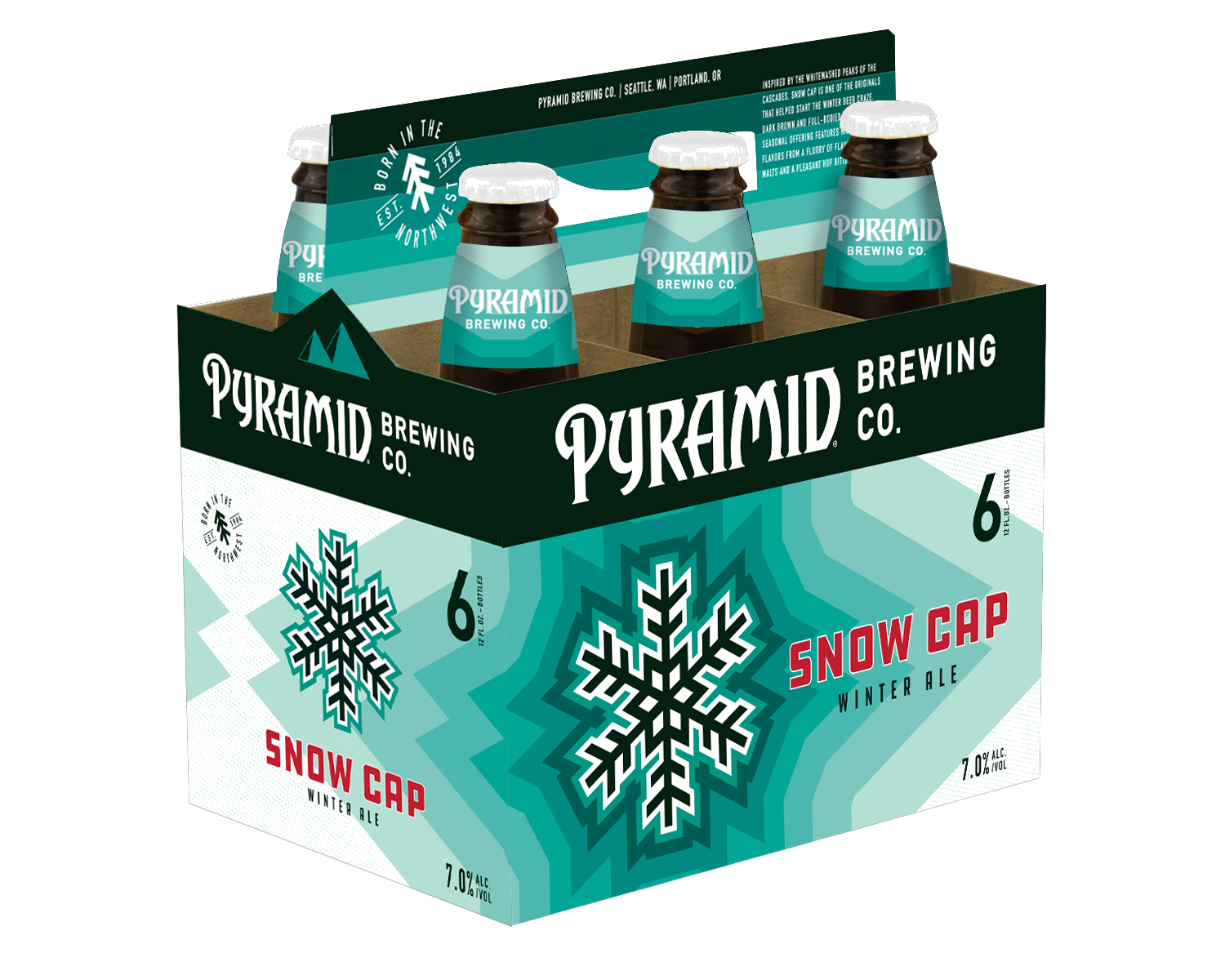 SEATTLE, Nov. 5, 2019 — Pyramid Brewing Co. today announced the return of its longstanding winter seasonal Snow Cap Winter Ale. Released annually for more than three decades, Snow Cap has become a highly anticipated release in the Pacific Northwest during the region’s darkest and shortest nights. This year, the beer is adorned with an all new design that represents a significant departure from the brewery’s previous labels.

Inspired by the snowy peaks of the Cascade Mountains, which beckon Cascadian citizens to participate in cold weather adventures, Snow Cap is deep burnt umber in color with a tan froth. Caramel and chocolate malts offer richly woven flavors of molasses, fig, and nuttiness that are beautifully balanced by a soft and pleasant bitterness from Nugget, Willamette, and East Kent Goldings hops. Snow Cap is 7% ABV.

“This incredibly smooth winter warmer was designed to be the beer you drink while hanging around a fire on a cold night after a long day on the mountain,” said Pyramid Brewing head brewer, Ryan Pappe. “There’s a reason this timeless classic has kept us cozy year after year for decades–It’s delicious!”

Snow Cap is one of the first Pyramid beers featuring an entirely new look. The label shifts away from the brewery’s previous artwork, which focused on the placement of the emblematic pyramids in a Cascade winter wonderland. On the new label, the pyramids are altogether removed. The graphics are bold with a pulsating design around a central, radiating snowflake, while the colors evoke a chilly winter day.

Perhaps the most fitting way to enjoy a Snow Cap is during the annual Keg Tree lighting at Pyramid Alehouse in Seattle. This year, the lighting will take place on Saturday, November 30 at 5:00pm.

As part of Pyramid’s Brews That Do campaign, the brewery will donate a portion of Snow Cap’s sales through the end of the year to Food Lifeline of Western Washington and Oregon Food Bank.

Snow Cap is available now at the Pyramid Brewing Alehouse in Seattle. It is also available throughout the Pacific Northwest, and in Pyramid Brewing’s distribution on draft, and in 12 oz. 6-pack and 12-pack bottles and 22 oz. bottles.