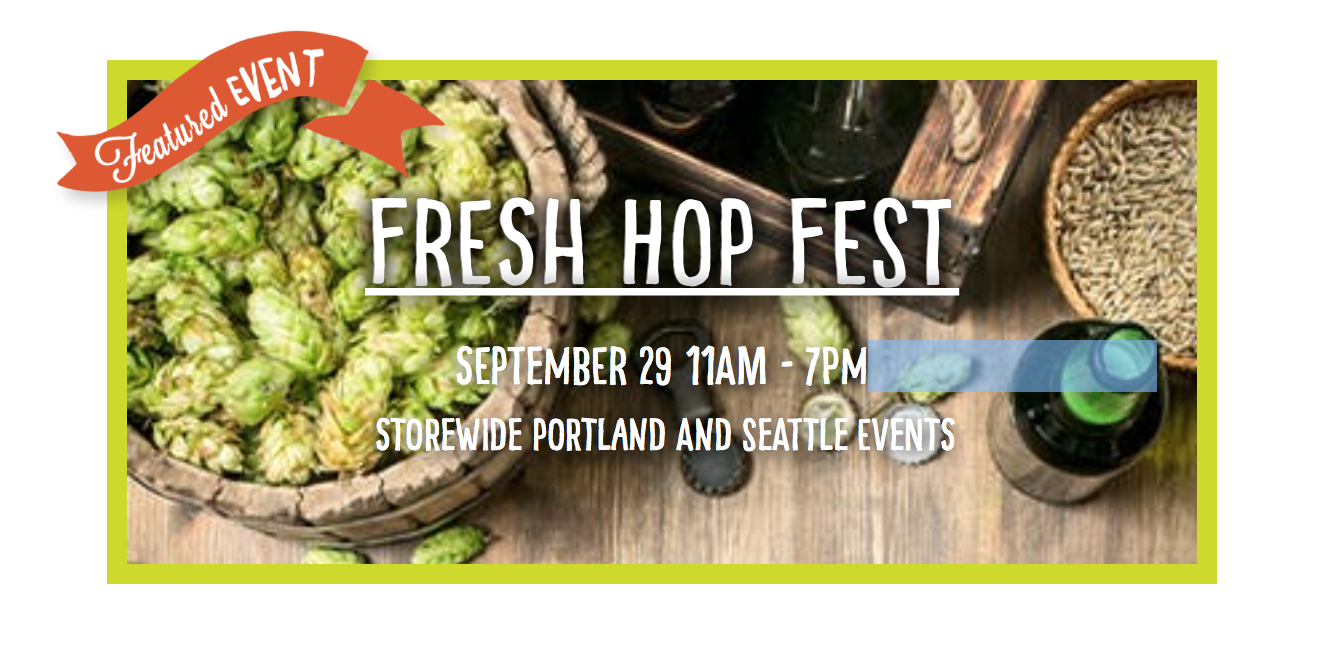 With nearly 50 fresh and local hop beers available; customers are invited to sample a variety of seasonal flavors from local brewers while they shop.