Ninkasi Brewing turns ten years old, the Vancouver Brewfest features a slew of new brewers and the rest of beer events for the week of August 11.

Draft Chimay Tasting
5-9 p.m. Thursday Aug 11, Bazi, 1522 SE 32nd Ave.; $12 for four 5-oz pours, or buy a full glass of any of the beers.
Join Manneken Brussel Imports for a unique opportunity to taste the Chimay Trappist collection on draft: Doree, Cinq Cents (Tripel), Premiere (Red), and Grand Reserve (Blue). Chimay Trappist Ales have been brewed by Cistercian monks since 1862; Chimay Trappist Ales’ home is in the Abbey of Scourmont in southern Belgium. They use sustainable farming practices to harvest their ingredients and utilize wind and solar power to grow crops. Chimay bears the authentic Trappist product logo, which signifies the beer is brewed within a Trappist monastery under the control and responsibility of the monastic community and that a majority of their profits go to charitable causes. 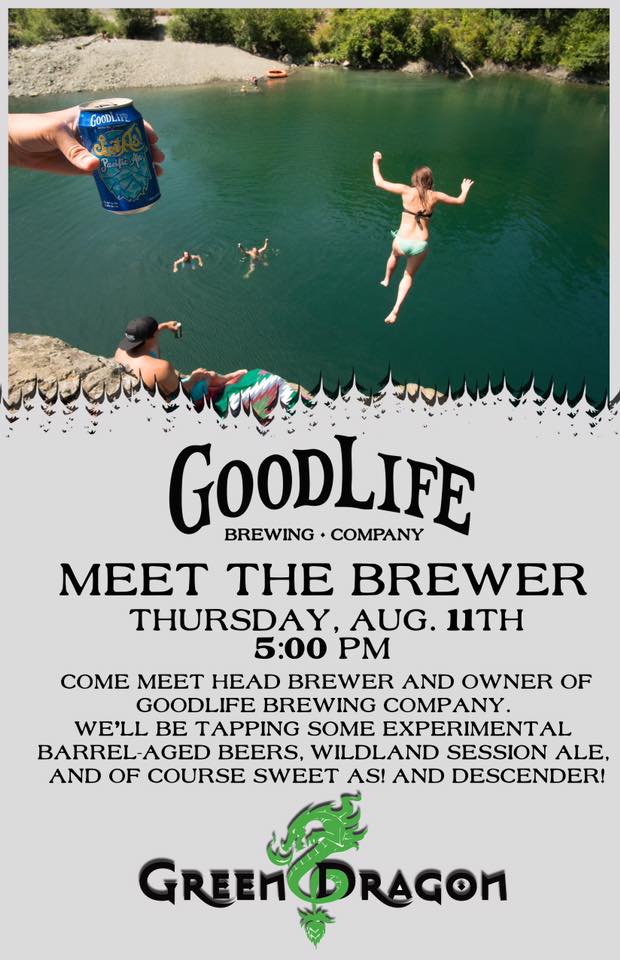 Ninkasi’s Tenth Anniversary
Noon- 9 p.m. Sunday Aug. 14, Ninkasi Tasting Room, 272 Van Buren St., Eugene,; free admission.
I remember the start of Ninkasi as the weekend when former Steelhead brewmaster Jamie Floyd missed the 2006 Brewers’ Games at Pelican Brewing in Pacific City to stay in Eugene and brew one of the first Ninkasi beers on a borrowed system. They’ve come a fair way since then as the 10th anniversary press release makes clear:

Ninkasi Brewing Company set out with a single mission: Perpetuate Better Living. Operating under this core purpose, the brewery has grown from a two-man team to become the 36th largest craft brewery in the United States, operating entirely from its facilities in Eugene, Oregon and employing more than 100 employees. Producing award-winning craft beers, giving back to each community that serves its beers, and garnering national recognition as a top employer are just a few milestones the brewery has achieved in its first decade.

“We are excited for what we’ve been able to accomplish since 2006 and are even more excited about what the future holds,” explains Ninkasi CEO and co-founder, Nikos Ridge. “Ninkasi exists because our customers support what we do; we take that to heart every day.”

Since its founding in 2006, Ninkasi has prioritized community impact in each and every state where its beer is sold. Ninkasi’s Beer is Love donations program supports more than 300 non-profits annually with donated beer to be used for fundraising initiatives and other gatherings.

As an employer, the brewery has been named one of the “100 Best Companies to Work for in Oregon” by Oregon Business Magazine for two years. Last year, the brewery received national recognition ranking on the “The 100 Best Places to Work in 2015” list by OUTSIDE.

“I am so proud of our team and the achievements we have made together in this amount of time,” says Ninkasi co-founder and founding brewer, Jamie Floyd. “Mostly I am happy that we have folks who have supported us all along and we are still drawing in new beer lovers every day.”

They’re celebrating this weekend when the brewery opens its doors for a free celebration with its fans and community, from The event will feature live music, food carts, merchandise, and specialty beers on tap, plus the anniversary beer, Ninkasi N10 Imperial Blended Ale, whose bottles feature a collectible outer box, and artwork created in collaboration with Ninkasi’s in-house art department and Portland-based muralist and artist, Blaine Fontana.

“N10 is a very special beer, blending together five cornerstone recipes each telling its own story about our brewery,” says Jamie Floyd. “This beer is big, flavorful and heavy-hitting.”

Cascade Breweriana Garage Sale
8 a.m. – 3 p.m. Saturday August 13, The Lair Bar & Grill, 17720 SE McLaughlin Blvd.; free admission.
Breweriana is just a fancy name for beer collectibles of all kind – glassware, bottles, cans, beer signs, advertising and promotional items and much more. The CBA is getting ready to host the Canvention, a national convention of beer collectors in early September, so members are making room with this garage sale. Fancy name notwithstanding, breweriana collectors are great, down-to-earth folks, and they love beer; including craft beer, so it’s worth your while to stop by and maybe bring in that old Blitz – or Star Brewing – sign and see if it isn’t worth something. And there’s every chance you’ll find something cool to hang on your wall. The Lair will be featuring food specials throughout the day.

Vancouver Brewfest
4 p.m. Friday Aug. 12 – 5:30 p.m. Sunday Aug 14, Esther Short Park, 415 SW Sixth Ave., Vancouver; 21 & over only. $30 day pass includes admission, glass and 10 tokens; $37 weekend pass includes admission all three days plus glass and 10 tokens. Extra tokens are $1.50 each.
The Vancouver Brewfest is a local fundraiser featuring 100 craft beers, cider and mead, plus live music all three days, a beer pong tournament, craft vendors, food from the Vancouver Lions, Urban German and more. It’s all for a good cause, it happens in a great setting and it’s a great opportunity to try beers from some new breweries and some old favorite because the stellar list of brewers comprises standbys, old favorites and several that are new to me: Ashtown Brewing from Longview; Beerded Brothers, a local one-barrel brewery; Five Dons from Longview; Vancouver’s Ghost Runners Brewery; Island Hoppin’ Brewery from Orcas Island; North Jetty Brewing from Seaview on the Long Beach peninsula; and several more.

Washington Beer A History of Evergreen State Brewing Book Signing
3-5 p.m. Sunday Aug 14, Loowit brewing, 507 Columbia St., Vancouver;
Michael F. Rizzo tells the story of brewing in Washington in his new book Washington Beer: A Heady History of Evergreen State Brewing from early days after the Civil War to the present, when nearly three hundred breweries and brewpubs call Washington home. He’ll be discussing history and signing books Sunday, and The book will be available for purchase, as will tasters of Loowit’s craft brews.