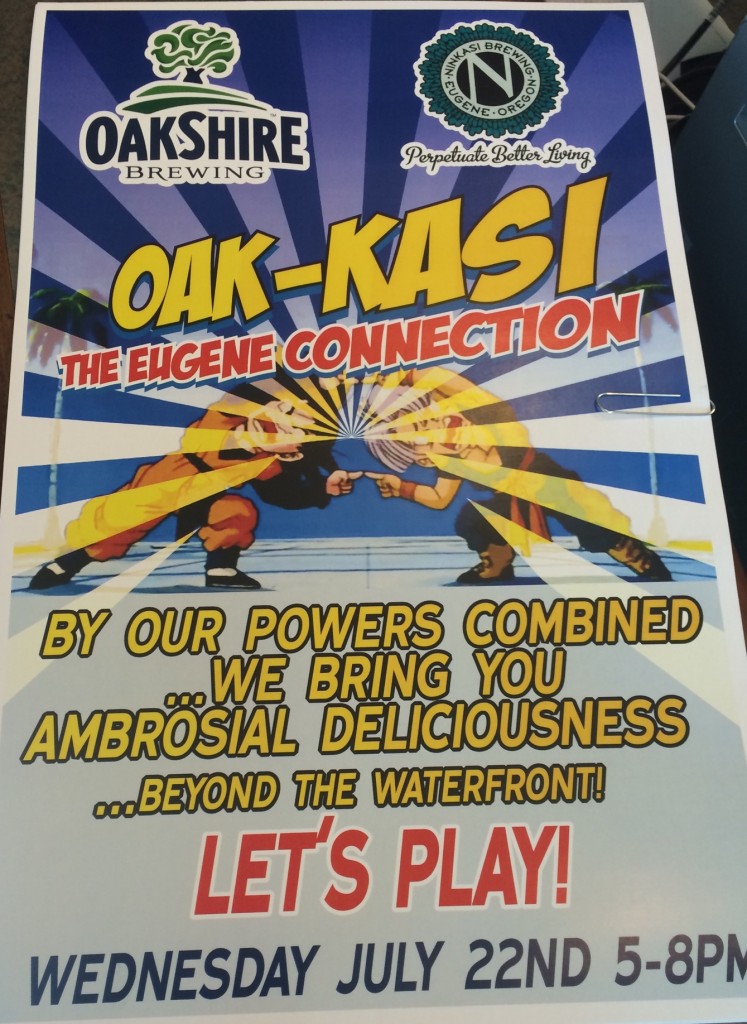 Every year the amount of breweries that attempt to participate in the Oregon Brewers Festival increases and occasionally some of the regions breweries may not make the lottery cut. Unfortunately for OBF goers this was the case for both Oakshire Brewing and Ninkasi Brewing from Eugene, Oregon. However, don’t despair as both breweries have come together to treat Portlanders to an evening of beers on Wednesday, July 22nd. This is when The BeerMongers will host Oak-Kasi: The Eugene Connection tomorrow from 5:00 to 8:00pm.

On this glorious July evening, The BeerMongers have for you two of Eugene’s finest breweries. Ninkasi & Oakshire. This night will feature some amazing beers during this total tap takeover.