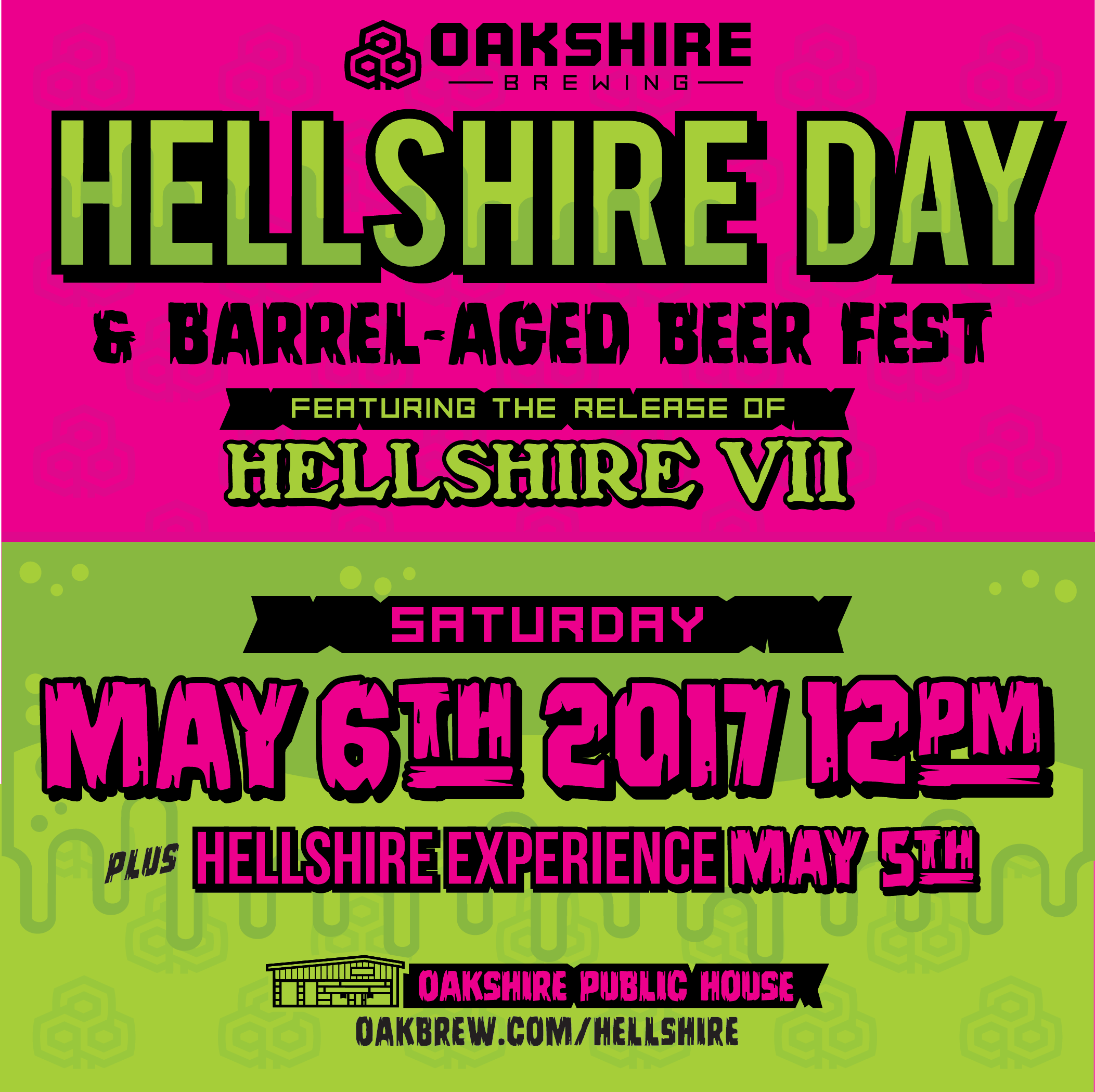 The 4th annual Hellshire Day returns from Oakshire Brewing on Saturday, May 6, 2017, from Noon to 8:00pm. This year’s Hellshire Day will mark the release day of Hellshire VII, the seventh edition of this annual barrel-aged beer.

Held every year at the Oakshire Brewing Public House in Eugene’s Whiteaker neighborhood, the 2017 edition of Hellshire Day will feature beers from Oakshire’s barrel-aging Vintage program, along with over 50 barrel-aged beers from other breweries both near and afar. Hellshire Day will also be the first day to purchase Hellshire VII in 22 oz. wax dipped bottles.

“We formulated the burliest Russian Imperial Stout that we could dream up and laid it to rest for the last year in freshly dumped bourbon barrels. What has emerged is a massive and deeply complex entity that we are excited to share with the world,” states Oakshire’s Lead Brewer Dan Russo in a release on what to expect for the 2017 edition of Hellshire VII. “Throw in the release of a fan favorite from last year with a twist, Double Barrel Especial (Bourbon Barrel Imperial Stout w/cocoa nibs, vanilla beans, cinnamon, locally roasted coffee, and chilies then further aged in a brandy barrel) for the Hellshire Experience night and some of the best breweries in the country, I’d say we’re in for the best Hellshire Day yet!”

Advance tickets for Hellshire Day are now on-sale at its Public House and online at $30.00 each ($32.04 after online fees) here. Festival tickets include a commemorative Hellshire VII tasting glass and five sampling tokens, with more available for purchase. There will also be Festival entry-only tickets available for adults over 18 who wish to enter but not participate in consuming festival beers at $5.00 each ($6.17 each after online fees).