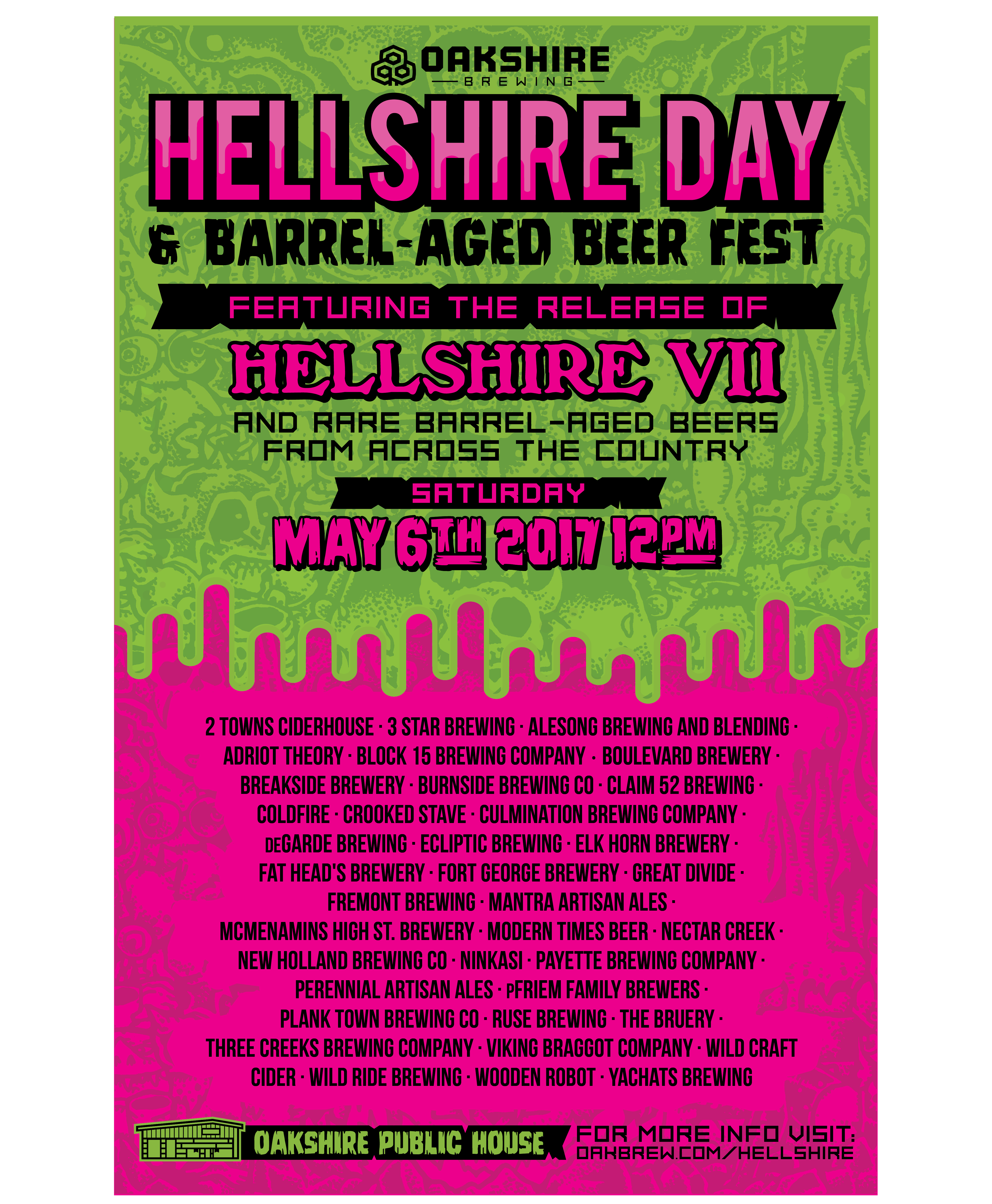 Along with Hellshire Day comes the release of Hellshire VII. This will mark the brewery’s seventh year of its coveted barrel-aged beer release. Hellshire VII will be released to the public during the festival in 22 oz. wax-dipped bottles.

Hellshire Day & Barrel-Aged Beer Fest will feature rare offerings from Oakshire’s barrel-aged Vintage program along with over 50 barrel-aged beers. A few of the beers will be from breweries that normally do not distribute to the state of Oregon.

Advance tickets for Hellshire Day are now on-sale at its Public House and online at $30.00 each ($32.04 after online fees) here. Festival tickets include a commemorative Hellshire VII tasting glass and five sampling tokens, with more available for purchase. There will also be Festival entry-only tickets available for adults over 18 who wish to enter but not participate in consuming festival beers at $5.00 each ($6.17 each after online fees).