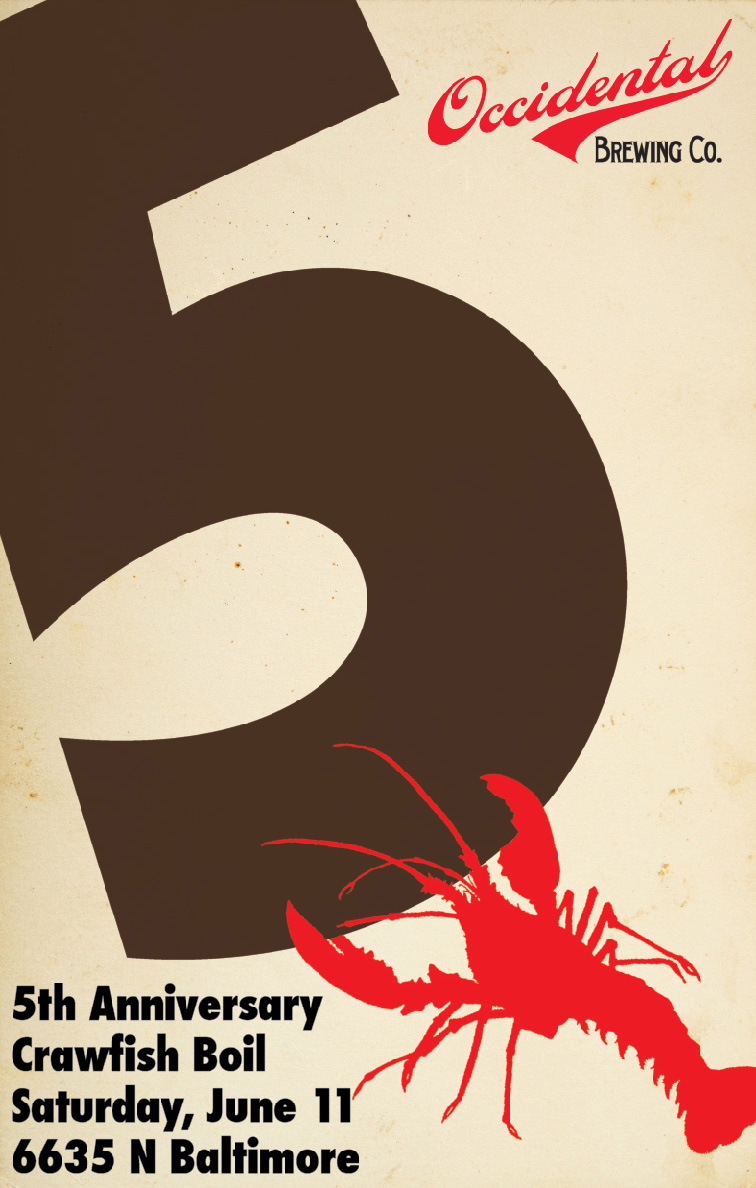 Next week Occidental Brewing will celebrate five years of brewing German inspired beers in Cathedral Park neighborhood under the beautiful St. Johns Bridge. Prior to Occidental’s 5th Anniversary Crawfish Boil on Saturday, June 11, Occidental will be taking over all of the taps for one special night at The Upper Lip on Thursday, June 9. Then in July Occidental hopes to open its Wursthaus, a restaurant that they partnered with Urban German Grill on in the former Cathedral Park Kitchen space that’s located across the parking lot from the brewery.

The lineup of Occidental beers will include the following.

Then two days later the famous Occidental Crawfish Boil returns to the outdoor beer garden at Occidental Brewing. The 5th Anniversary Crawfish Boil will take place on Saturday, June 11, from Noon to 9:00pm for those 21 years of age or older. As in year’s past, Dan Engler will be cooking up some fresh crawfish along with all of the fixings. Swing by in the early afternoon for some fresh crawfish compliments of the brewery. Don’t delay as these little mudsharks won’t last long.

And since its Occidental’s anniversary, there will be a special beer release on this day, Jahrfünfbier. Brewed to commemorate Occidental Brewing fifth anniversary, Jahrfünfbier is described as a crisp and refreshing lager, brewed in the tradition of producing a special pils or helles lager beyond the brewery’s flagship. Bohemian floor-malted pilsner malt delivers a delicious yet dry grainy character while several late additions of German Hersbrucker hops lend a noble floral aroma. At only 5.1% ABV, Jahrfünfbier will be a perfect beer to pair with some fresh crawfish!